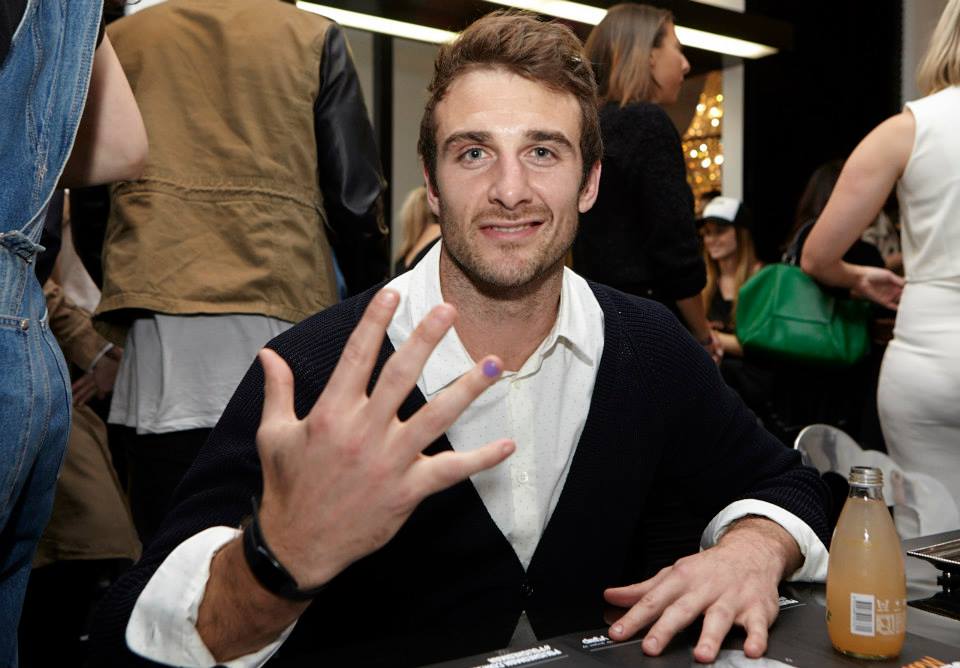 It can be distressing to hear that 1 in 5 children globally experience violence before the age of 18 and that’s why YGap have devised their “Polished Man” campaign to drive awareness and fundraising.

In the heart of the city at Miss Fox on Thursday evening YGap launched the campaign – the idea behind to raise awareness is for men to paint one nail during the 1st – 15th September. The painting of one nail signifies the 1 in 5 children statistic and money raised from the campaign will help to fund preventative measures here in Australia and internationally.

The importance of men in the campaign is significant, with 90% of violent acts being committed by a male relative, it was important for YGap to propose these ambassadors as changemakers. Ambassadors for the campaign include AFL player Chris Rudd, Actor Gyton Grantley, Musician Dan Sultan, Comedian Lehmo,  V8 Supercar Driver Fabian Coulthard and many more.

The funds will go to Parent Wise, an organisation an early intervention programme for parents and carers aimed at educating those involved to recognise the early signs and prevent risks.

So c’mon guys, get “polished” and show your support in September by painting those nails!

For more information about the campaign and how get involved head to: www.polishedman.com