The Melbourne Food and Wine Festival (28 February to 16 March 2014) now in its twenty second year is considered the premier culinary event of the year with activities and events featuring some of Melbourne’s culinary stars. The festival celebrates Melbourne and regional Victoria’s best produce and chefs. With international chefs from previous years such as David Chang (Momofuku) and Rene Redzepi (Noma), there is no doubt that Melbourne is the food capital of Australia.

This year, the theme is ‘Water’. Water is unquestionably one of the most vital resources in the world and is essential for life to exist. Water or H2O, as we have all learnt in year 9 chemistry is a tasteless and odourless element that can exist in three different states: liquid; solid and gas (water, ice and vapour). The festival will take this inconspicuous ingredient and explore the philosophical concept and practicality of water in our everyday life. If cooking is about experimenting and creating new constructs, then water is the simplest and purist form of alchemy.

With almost 200 plus events taking place in 17 days and over 3 weekends, Couturing has put together a list of events where you can eat, drink and immerse yourself without breaking the bank. 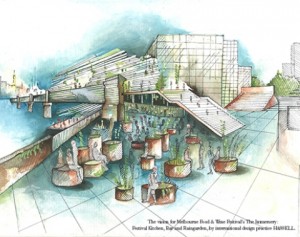 The Immersery will form part of Melbourne’s largest pop-up restaurant running for the entire length of the festival – day and night. Located along the Yarra at the iconic Queensbridge Square, the festival’s hub will be a place for curious minds and eaters alike to discover (or rediscover) the three states of water.

Melbourne’s favourites chefs like Daniel Wilson (Huxtable and Huxtaburger) and Jesse Gerner (Afiada and Bomba) will be on show to experiment cooking with innovative water techniques. While throughout the night, modern day alchemists will collaborate to formulate experimental cocktails.

The Raingarden, a spectacle on its own will provide some food for thought as guru-gardeners educate how to fully utilise rainwater to maximise your home-grown vegie-patch/herb garden. 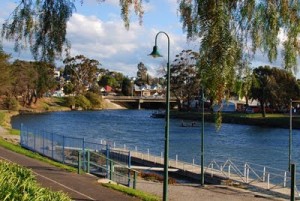 Here’s your chance to meet everyone’s favourite Masterchef judge, Gary Mehigan in the flesh. Joining him are last year’s Masterchef contestants as they celebrate the best of the West. Hosted on the banks of the Marybyrnong River, a one-off festival/market will bring together the gastronomic diversity of the Western suburbs.

Where: The Maribrynong Boathouse; 7 The Boulevard, Moonee Ponds

Why: It’s Gary Mehigan in the flesh. 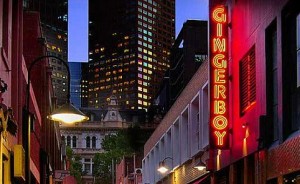 What does a $40 lunch at one of Melbourne’s top restaurant get you? Let’s break it down: two-courses, a glass of Victorian wine, and coffee/tea. Enough said. With over 70 restaurants all over Melbourne, here are some of Couturing’s favourites – bookings essential.

When: 28 February – 13 March; lunch only and may not be available every day of the week

Why: Lunches are not what they used to be, think Mad Men and indulge. 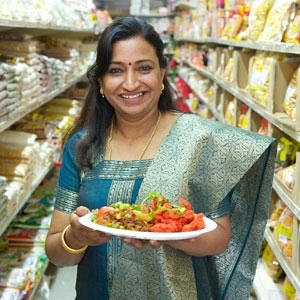 Now I know what you are thinking. Dandenong? A World Fare? Believe it or not, Dandenong is actually one of Melbourne’s most culturally diverse suburbs. Continuing on with the water theme, the event is influenced by the world’s most important river systems. From the Mekong (South East Asia) to the Ganges (India/Bangledesh); from the Murray-Darling (Australia) and to the Niger (Western Africa), the Dandenong World Fare will take you on a journey through these various cultures and traditional cuisines.

Why: Just go with the flow. 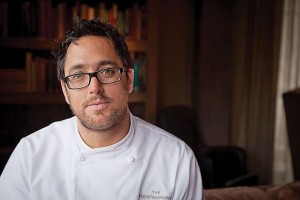 Ok. I must admit, this won’t be cheap. But if you were going to spend a lot of money on any event during this year’s Melbourne Wine and Food festival, you might as well be spending it immersing yourself with top, top, TOP internationally renowned chefs. And, if you think about it, for your entry fee you get to see four chefs of your choice, tastings in all sessions, morning and afternoon tea, refreshments throughout the day and a gift bag containing a copy of Langham Melbourne MasterClass. It’s not bad value. This event is definitely for serious foodies as each chef will go share their stories but more importantly take you through the process what it is like to work with food on a global scale.

Where: The Langham; 1 Southgate Ave, Southbank

Why: These guys are the rock stars of the culinary world; this is basically their ‘Big Day Out’.