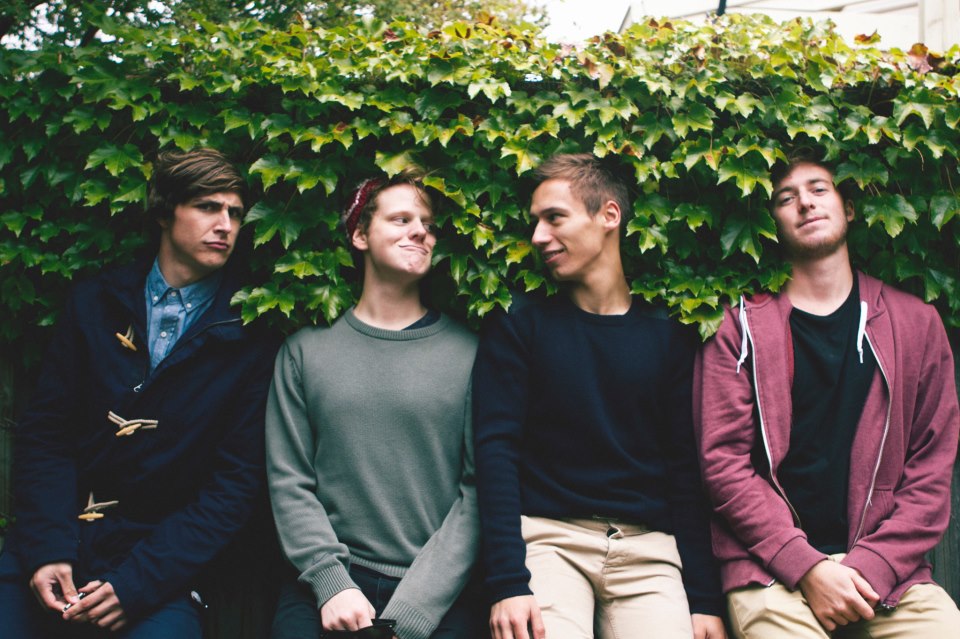 From their humble beginnings in January 2011, We The People have crossed state borders sharing their musical finesse with young and old alike. Influenced by Alt-J (∆), Foals, and The Wombats, the four piece from Melbourne exude a down-to-earth humour that provides an infinite amount of charm and talent. The band have played with the likes of San Cisco, The Cairos, Boy in a Box, Emperors, Loon Lake, Vydamo and many more, and have just recently finished recording a bunch of new tunes to follow up their 2012 debut E.P ‘My Castle’ – check out their video LEON here

Thara: Where did the name ‘We The People’ originate from?

We The People: The name is really what you make of it. It could be us claiming that we are ‘The People’, but probably not. We could be part of the American movement… but definitely not. We could just have really bad grammatical skills? We could even be musical aliens trying to disguise ourselves. I guess you will never know.

T: How did We The People start? Did you guys form before you were signed, or vice versa?

WTP: James thought it would be a great idea to initially play his music live, so grabbed his old school mate Jono and threw him on the drums. Phill then put up his hand to play the bass after they met through flippin’ burgers at ol’ McD’s. The jazz-master Matt finally joined mid last year after our old lead guitarist Billy left. Unfortunately we are still unsigned, but that’s probably because James has a ginger neck beard.

T: You’ve been a group for more than 2 years now – what lessons have you guys learned during that time?

WTP: We have learned not to annoy Jono. Don’t let his size mislead you, that dude can seriously do some damage! Also, Phill can cook up a mean chicken wrap, and, when we tour, gets extremely concerned about leaving wherever we are super early, regardless of the intensity of party the night before.

T: What ups and downs have you encountered?

WTP: Our biggest downer was definitely Billy leaving us last year, I guess the best upside to that was Matt jumping on board!

WTP: This one night we supported a Burlesque dancer, but I think James may have upstaged her with his fishnets…

WTP: It’s always a treat to be supporting bands who people regard so highly or who are so recognizable. Apart from playing to a new/bigger crowd, the best part would be meeting and hanging with these people. The music industry is one big happy family!

T: You released the Superstars film clip on YouTube in September last year, and it’s reach 2260 views. If that’s not amazing in itself, the film clip for Leon was only released last month and you’ve already reached 1360 views. How are you finding this rise in fame? Are people recognizing you more often, or has it not reached that level yet?

WTP: Our videos are a massive part of why people are starting to get around us. Although we are definitely not by any means famous, it is very humbling that people can relate to these videos and share them around purely because they enjoy them. Head On Media are the amazing dudes responsible for these videos, go and check them out!

T: How do you guys deal with the musician lifestyle? Do you travel a lot for shows or do you perform more locally than not?

WTP: We have been doing quite a few interstate shows of late, and are enjoying travelling around, performing for different crowds and meeting new people. We’re actually in the process of organizing a tour toward the end of the year. Can’t go past a solid local show though!

T: What did your friends and family think when you first started, and what do they think of We the People now?

WTP: Jono’s dad used to hate us, then we supported his band this one time, and now he still hates us.

Keep your eyes peeled for an upcoming tour the band is planning at the end of the year. It will be based around their second EP, due to be released before the tour. In the mean time, check out their social media pages and their tunes and videos on YouTube!