Beauties will line up for the fashion on the fields but foodies like myself will be lining up for some of the finest food in Melbourne during the Crown Golden Ale Caulfield Cup Carnival. I can attest that there is a serious focus on food for racetrack goers this season as I was given a sneak preview of the menu at an exclusive event with Melbourne Racing Club’s new Executive Chef Julian Robertshaw and Black Caviar Chef Ian Curley (The European), along with Carlton United Breweries Master Brewer, Tully Hadley and jockeys Michael Rodd and Chris Symons. 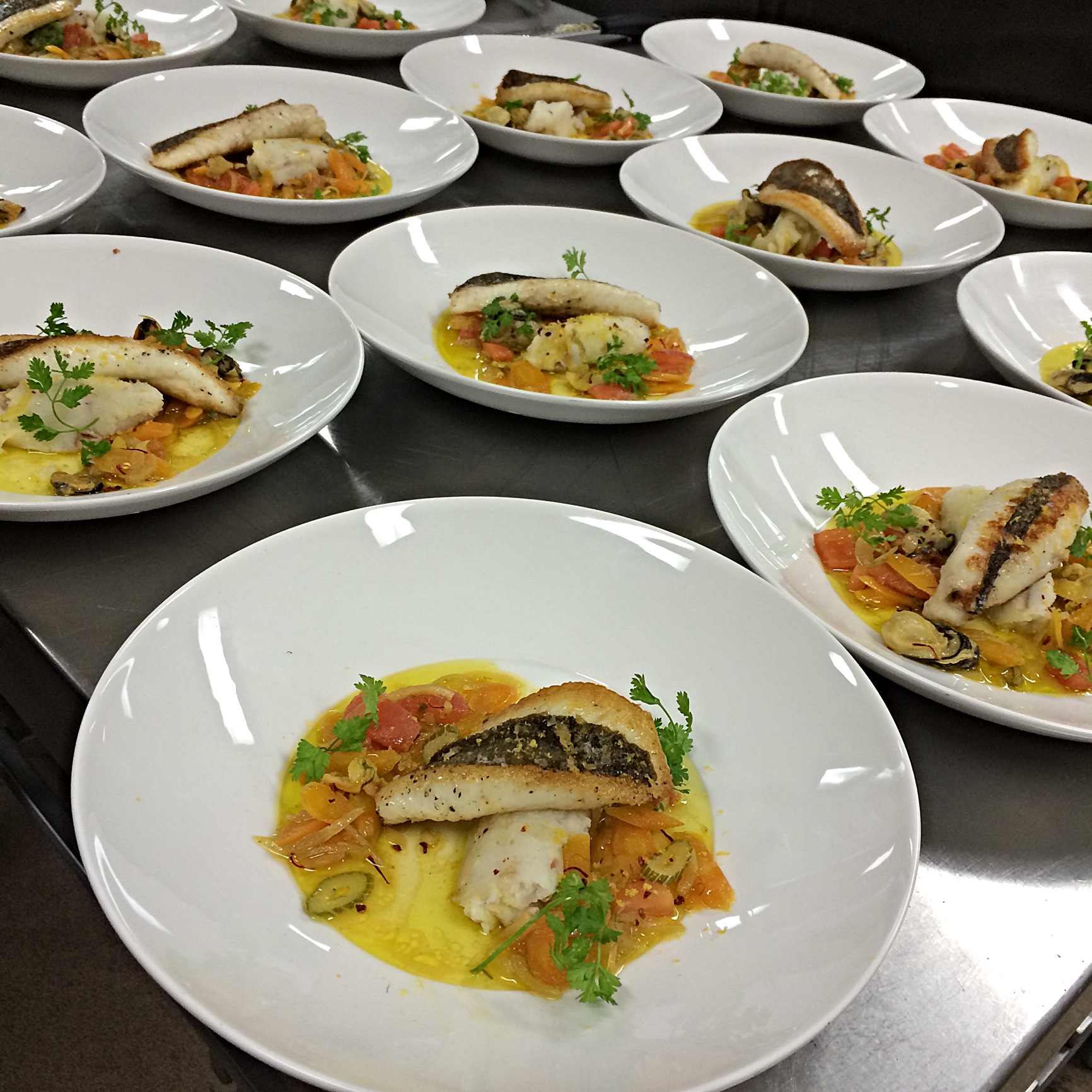 Over the course of the carnival, the chefs will be busy directing their teams to produce dishes of the highest quality in the different restaurants at Caulfield Racecourse. Significant effort has been expended on menu design and also ensuring that the focus is on the freshest seasonal produce and sustainable raw ingredients.

During our special preview we were lucky enough to get a demonstration by these two talented chefs of one of the dishes for the Black Caviar restaurant, the Fricasse of John Dory with Oyster and Mussel Escabeche, and the Melbourne Racing Club’s new signature dessert, Rhubarb and Ginger pudding with Mint Caramel ice cream.

Master Brewer Tully Hadley from Crown Golden Ale was also on hand to give us some useful and interesting tips on beer matching as well as sampling some of the Crown range that will be available during the Crown Golden Ale Caulfield Cup Carnival. 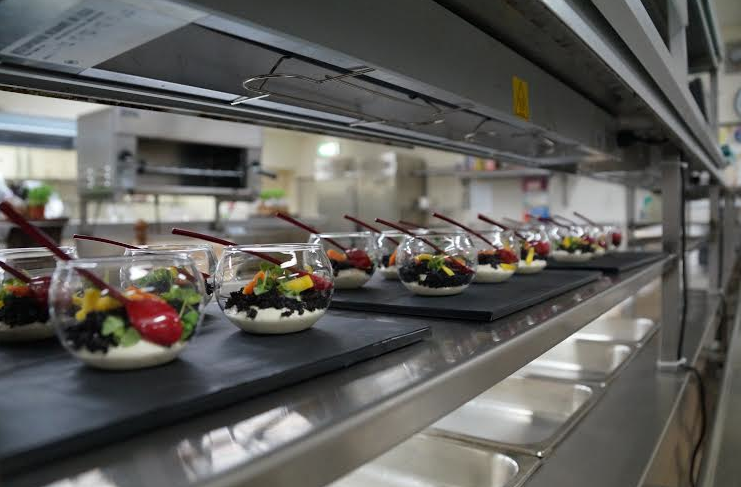 Julian Robertshaw, the new Executive chef at Melbourne Racing Club, started this gastronomic preview by serving some amazing canapes including a Soft goats curd with edible soil and heirloom carrots with the soil made from Mt Zero Olives and re-hydrated mushrooms  and a delicious Sashimi grade tuna with textured green apple and Sevruga caviar. Recently appointed as Executive Chef, Julian brings to the Melbourne Racing Club a wealth of international experience and it showed in these delectable canapes. 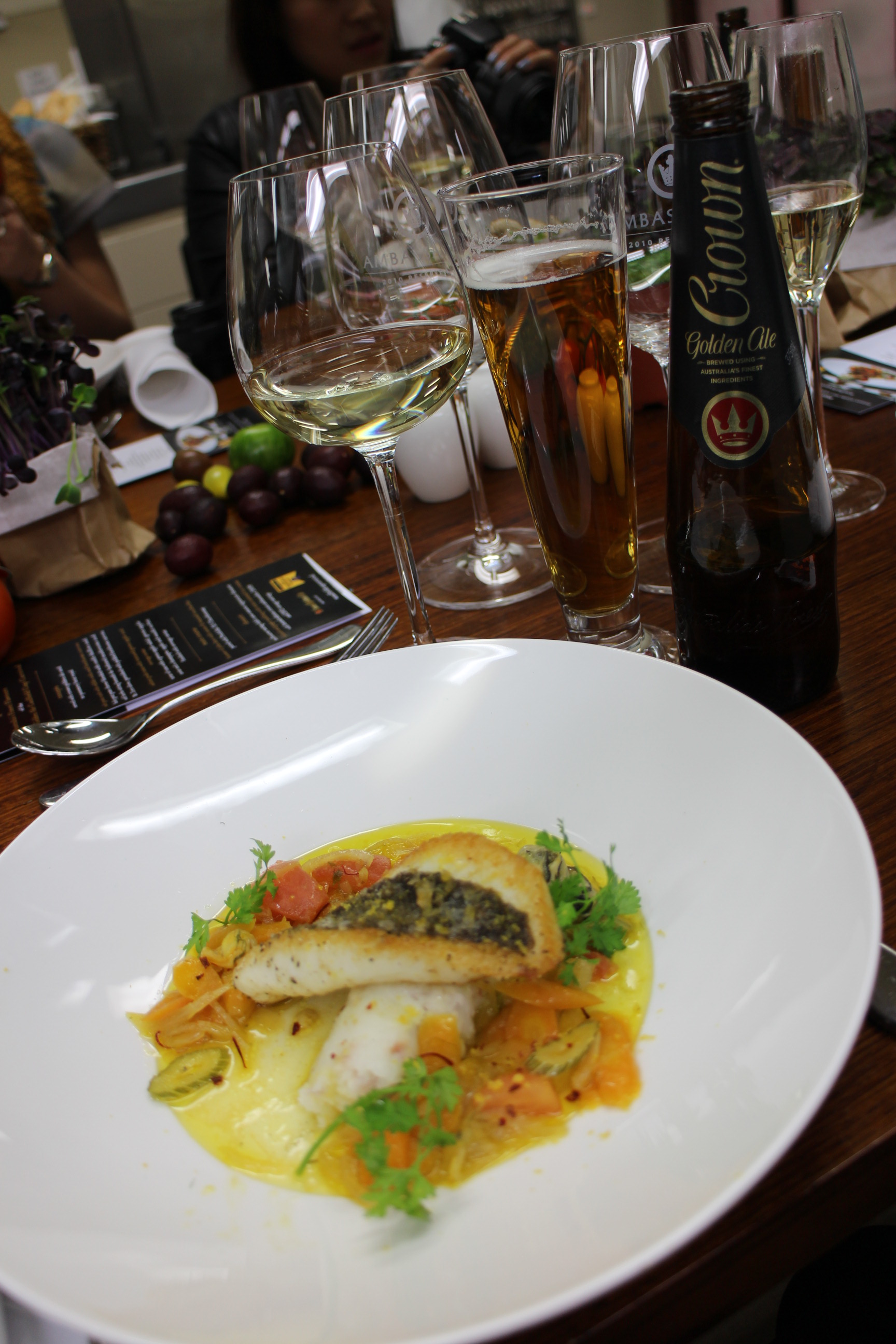 Ian Curley from The European is the Executive Chef at the Black Caviar restaurant explained that over the course of Carnival, over 1000 dishes will be prepared ever day and the challenge will be to deliver consistent quality dishes to racegoers.

However, watching him prepare this Fricasse of John Dory with Oysters and Mussels made it seem like it will be a breeze! Ok maybe not given this night the quantity required to be cooked was a fraction of what the kitchens will experience every day of the carnival, however watching Ian fillet the John Dory and shuck oysters and meld the flavours into one perfectly combined dish showed that everyone will be enjoying delicious foods. The fish was cooked perfectly and worked really well with the sweetness of the shallots and carrots from the escabeche and saltiness from the mussels and oyster. 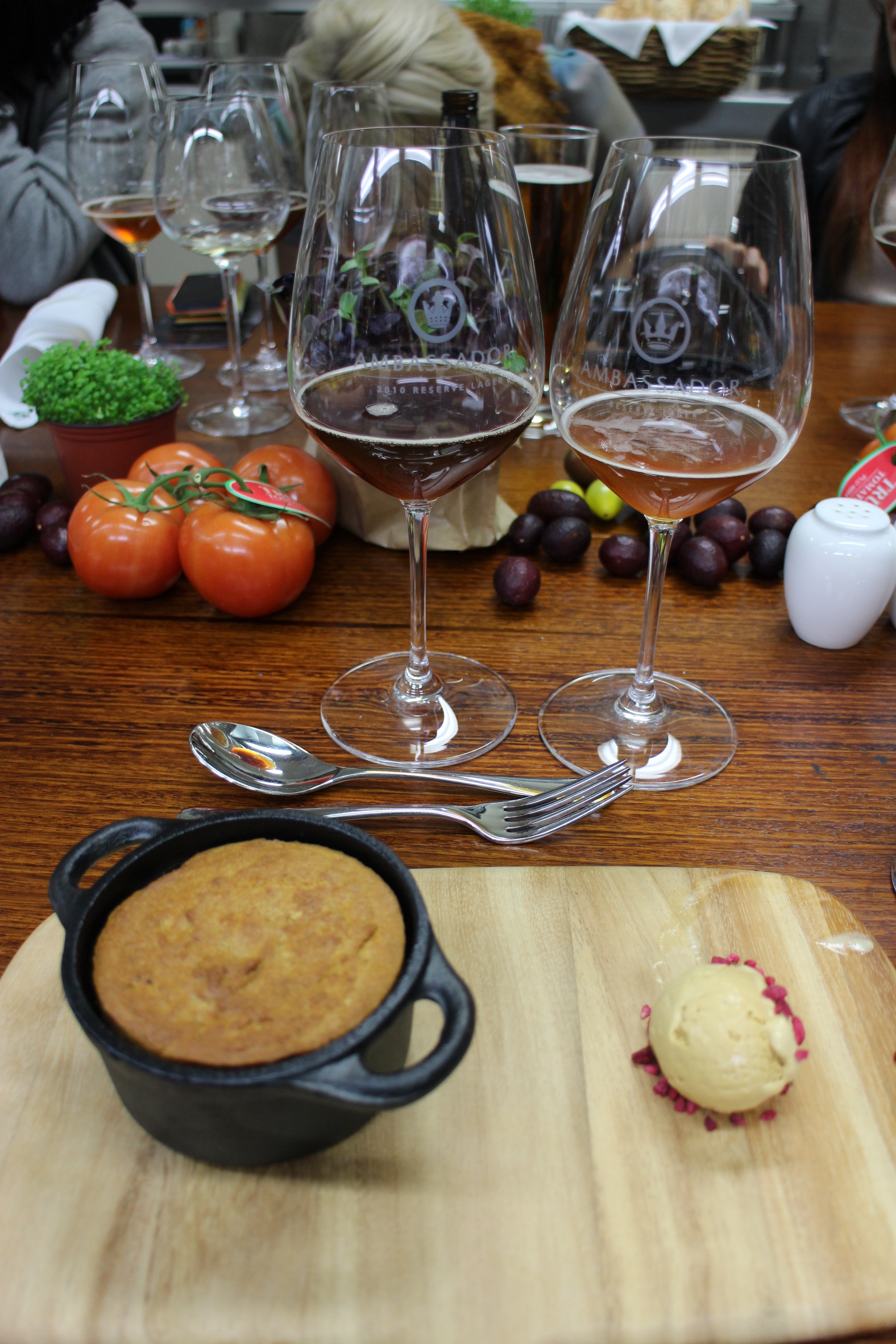 For dessert, Julian Robertshaw presented the new signature dessert of the Melbourne Racing Club, a Rhubarb and Ginger pudding with Mint Caramel ice cream. An amazing dessert that was light with the sweetness of the rhubarb that balanced well with the spiciness of the ginger. The heavenly smell of these little puddings that was emanating from the ovens is something that I can’t even convey. If you closed your eyes you could practically taste this dessert

Each of these dishes were matched with one of the delightful beers from the Carlton United Breweries Crown range. On hand to help us match dishes and also provide tips on how best to match Beers with food was Master Brewer, Tully Hadley. Introducing the new Crown Golden Ale, the new addition to the Crown brand, the ale is a a clean, bright and crisp pour. The crystal malt used delivers the golden colour to the ale and flavours it with a toffee caramel flavour and is the perfect accompaniment with seafood as well as richer foods. He said that most Australians drink beer too cold and that the perfect temperature is to serve beer at 12 degrees celsius. Take note beer drinkers!

For dessert, Tully matched the pudding with two vintages of the Crown Ambassador Reserve, the luxurious beer that is crafted to mature and improve over the time. The delicate nature of this beer matched the pudding perfectly as the taste is smooth and subtle. Tully explained that the Crown Ambassador requires significant timing and special care in production, with the team personally picking the green hops on the perfect day. If you haven’t tried it, I would definitely encourage you to sample some as it is something very different and unique.

So if you’re lucky enough to be heading to the Crown Golden Ale Caulfield Cup Carnival, you’ll be in for treat in the food stakes.