The Melbourne Cup Carnival hosted its annual Crown Oaks Day on Thursday amongst sunshine, champagne and roses. Known as Ladies Day, aka the ‘ultimate style day’, it is a celebration of ultimate fashion and femininity. It is the one you save your best outfit for.

This year’s celebrity guests did not disappoint, with style icon Kim Cattrall from Sex and the City, actress Mena Suvari and androgynous model Andrej Pejic in attendance.

Couturing was privileged enough to meet and speak to the wonderful and beautiful, Kim Cattrall. The lady in her fifties looked stunning in a white Tony Maticevski outfit from his yet to be released autumn winter collection, and a white Philip Treacy hat. 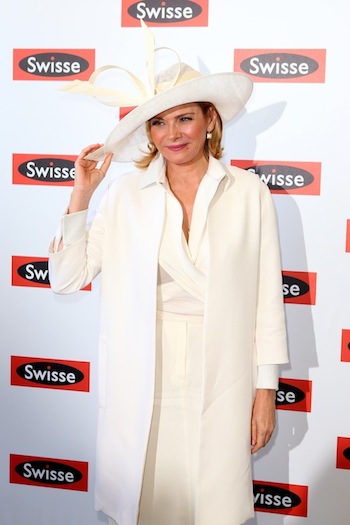 We asked the iconic star on her take on Melbourne’s style scene and her own ‘guidelines’ for fashion.

“Well, I’m wearing a Melbourne designer so I guess it went well! No, but I really was surprised. A lot of the designs I’m looking at were for women much younger than me.

I have very specific guidelines, not just for my age, but also for my body type. I have very broad shoulders so if I wear something too high neck I don’t feel as comfortable. I don’t want something up by my ‘coochie’ anymore, you know! I like a little length, and I like more elegance than sort of flash.

That’s just where I am in my life. But I’d love to see what the new fashion designers are coming up with. It’s exciting because the limit is your imagination really!”

In regards to Obama winning the election? She says “there was no other choice!”

The elegant New Yorker sashayed along the crowd of media inside the sustainable Swisse marquee, posing for photos and answering questions to the media.

Internationally renown, Australian androgynous model Andrej Pejic also made an appearance inside the Swisse tent donning a beautiful Kerrie Stanley hat and Arthur Galan. It was originally anticipated that he would be wearing a hat designed by Kerrie that paid tribute to the Philip Treacy hat Princess Beatrice wore to Prince William and Kate Middleton’s wedding.

However, after a change of ‘brief’, Andrej arrived in a beautifully structural pink hat. He jokingly exclaimed that he is saving the tribute hat for his wedding. 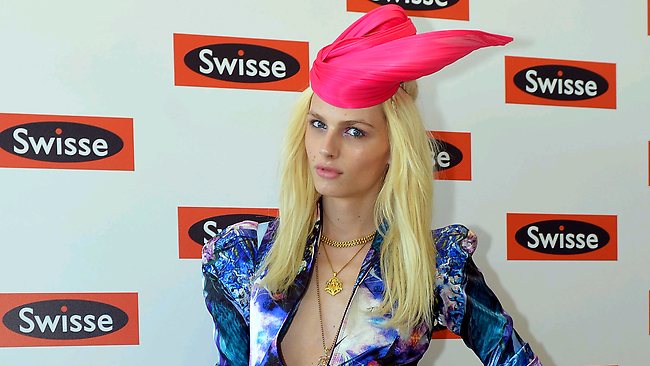 Actress Mena Suvari, best known for her lead role as a seductive cheerleader in Alan Ball’s American Beauty, was also in attendance . The super-chic blonde was dressed in a stunning white Aurelio Costarella number and enjoyed the day at the Lavazza marquee. 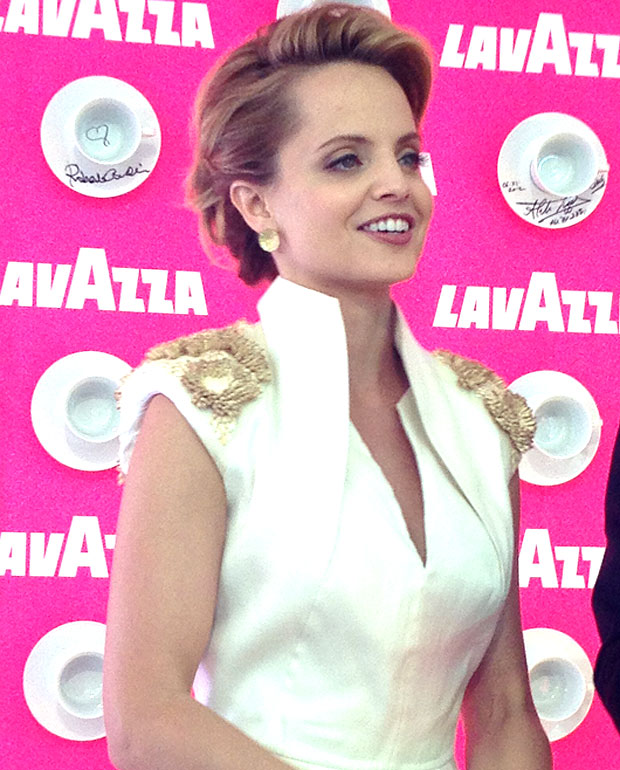 Myer’s Fashions on the Field National Finals was as bright as the sun-filled day, with bursts of colour on the runway. New South Wales entrant, Amy Robson won the finals, stealing the show with her neon fascinator and peplum dress that was all meticulously constructed by her grandmother.

Amy goes home with a new Lexus IS 250C F Sport convertible as well as a $6,000 Myer Shopping Spree, a TCL Entertainment Pack including a 55” 3D TV, Longines Prima Luna watch and Antler luggage. Now that’s what we call a prize.

As the champagne continued to flow and the sun continued to shine, it became clear as to why this was referred to as the ‘ultimate-style day’. Clearly, the VRC knew what they were doing 50 years ago when attempting to draw the ladies to the races.

Blushes of pastels, innocent white and splashes of neon against modest, peplum dresses and tops, lace, sharp silhouettes and floral prints appeared to be favoured trends amongst the stylish crowd.

A sophisticated and glamourous affair that truly encapsulates the relationship between ‘Fashion’ & ‘Flemington’, Crown Oaks day is a day for women to dress for women. Spectacular in its aesthetics, this was truly a celebration for today’s Melbourne fashion scene.

We can’t wait for next year!