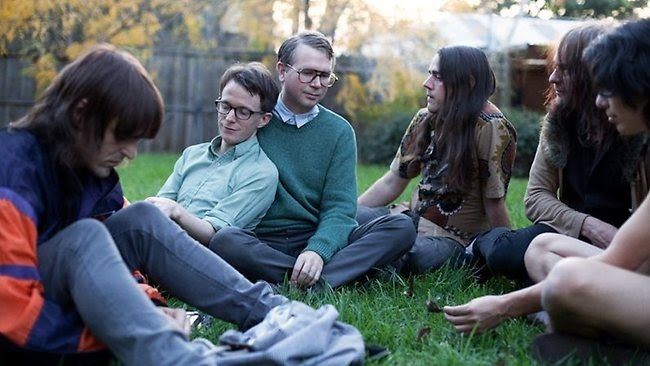 The city of Melbourne is nothing if not eclectic. It likes to think it provides a little something for everybody, and more often then not succeeds in catering for a wide range of diverse preferences. Take the event that is cinema as an example: realizing that not everyone is content with the traditional cinema experience of sitting in a dark room with a bucket of popcorn, up sprung the phenomenon of the outdoor cinema. Over the years, we’ve seen a number of exciting incarnations of this idea – the Royal Botanical Gardens Moonlight Cinema, Cookie’s Rooftop Cinema, and Ben and Jerry’s Outdoor Cinema in St Kilda – but perhaps none as unique as the Abbotsford Convent’s open air cinema, The Shadow Electric.

Kitted out with everything required to make summertime spectacular, The Shadow Electric is a hub for film, music, food, drink and ping-pong. For those unfamiliar with the venue, it is essentially a small courtyard (relative to the size of the other aforementioned outdoor spaces) that screens anything from powerful documentaries through to cult classics from the vault every night of the week, save for Tuesday. They also occasionally host special events, including the ineffable Beg, Scream and Shout, which returned to The Shadow Electric last Thursday 13 February.

Touted as being an experiment in sound and vision, Beg, Scream and Shout truly was a one-of-a-kind evening. Beginning in 2009 as a platform for local artists, musicians and filmmakers to screen their works in interesting settings that would complement their films, the event has grown to become one of Melbourne’s premier purveyors of creative forces. Featuring a collection of works and collaborations, including live performances by Montero, Fatti Frances, Scotdrakula and Vishnu Keys and experimental projections by Lightmares, TAM Projects, Tess Hamilton, and more, this year’s showcase saw an array of psychedelic new animations by Ben Montero, experimental musical prowess provided by synth master Gerard Wells and Avant-garde band Glasfrosch, and the erratic, tormented beats of Fatti Francis coupled with the Brendan Harwood’s Lightmares project. Mesmerising would perhaps be the best word to describe what was on offer…mesmerising, and delicious, the latter thanks to hand-made Polish dumplings provided by Pierogi Pierogi…

While this event has come and gone for 2014, of note in the current Shadow Electric program is the upcoming screening of An American Hippie in Israel, which is set to run on Monday 24 February. As always, drinks, food, music and ping-pong are available from 6pm, and films commence at sundown.