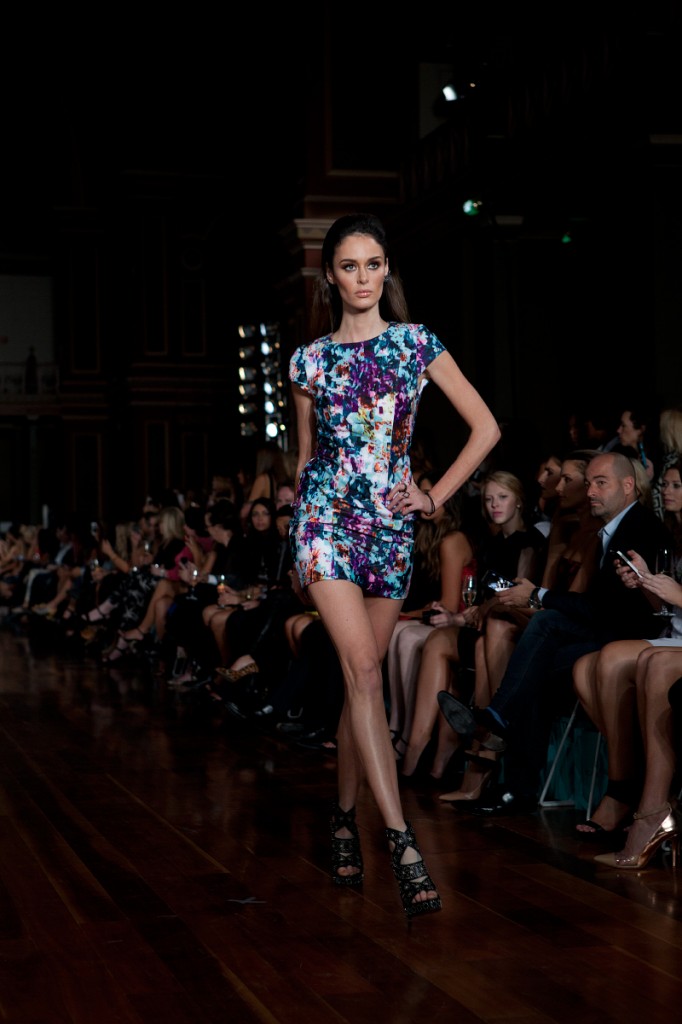 Behind the beauty looks on the runway were the talented team at L’Oreal Professionnel and Napoleon Perdis. Both teams drew their inspiration for their look from the theme – State of Mind – where day meets night and strong women strut their stuff during the day and night! 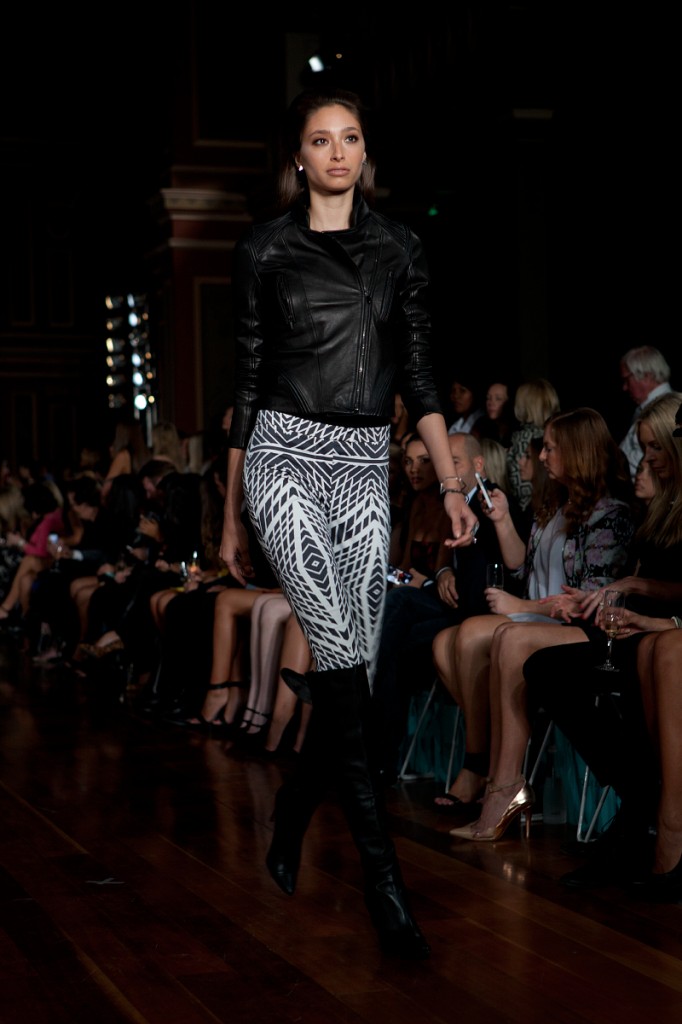 L’Oreal Professionnel created two looks for the show. The first was a low slung pony tail created by L’Oreal Professionnel Co-Hair Director, Kieran Harris (Heading Out, VIC). His inspiration was the girl who is power woman by day and party girl at night, and the look he created summed that up perfectly. The look could be both day and night as the soft pony tail was classic yet with a twist, that being the volume created at the roots to give texture and body. The pony tail itself also had a twist, or as Kieran put it “there was break in the straight” to give it edge, and the texture was smooth and not glassy. The ponytail was finished off with a loop of the model’s own hair that had been sprayed with L’Oreal Professionnel’s Inifinium hair spray and then blow dried. A great tip if you don’t want your elastic to show on your ponytail! 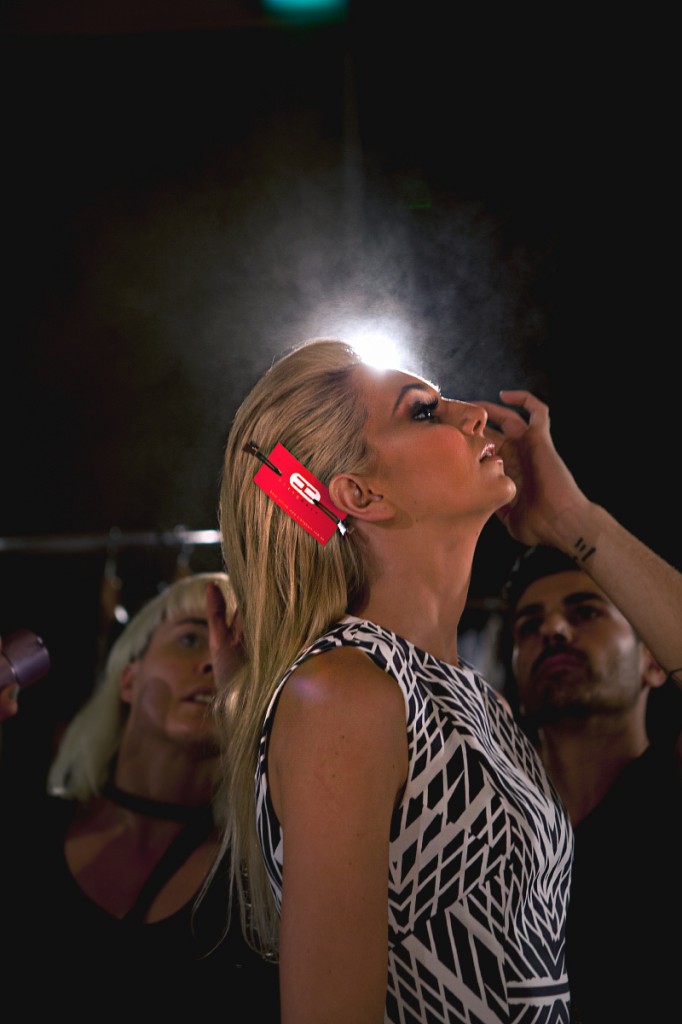 The second look created by L’Oreal Professionnel Co-Hair Director Jamie Furlan (Xiang QV, VIC) was a modern day look with a textured quiff. “The hair for this show really plays on the Kookai aesthetic,” said Jamie, “the hair is really organic and sort of contrasts the clean lines of the collection.  It’s definitely more of a relaxed feel than the traditional glamour hair looks.  But natural hair is a trend we’ve been seeing a lot of lately.  It’s very modern and textured,” continued Furlan. The slick back looked, Jamie said, should be able to be recreated at home with ease. Using Crystal Gloss to create the slickness, followed by Super Dust to lend texture at the front, the look was effortless yet stylish. 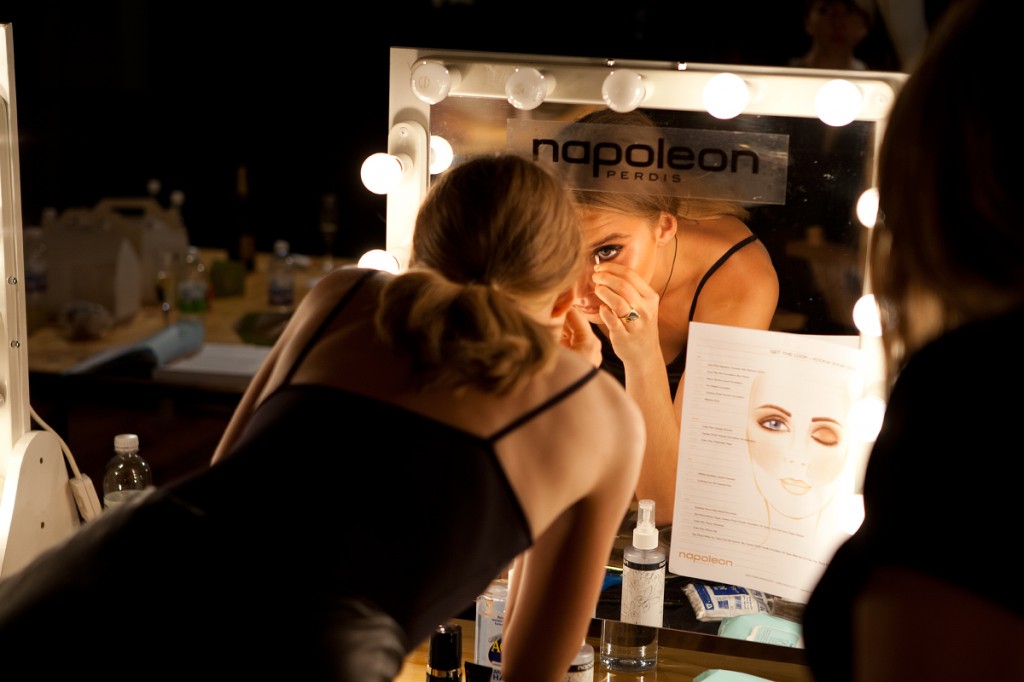 Napoleon Perdis created the make up look and was also inspired by the confident, sexy, power woman. The make up look incorporated two of Napoleon Perdis’ new products, Mink Eyelashes and Matte Eye Ink. The focus of the look was on the eyes. Shev Kelly, of Napoleon Perdis, said that the look was about creating a sexy smoky eye and the Mink Eye Lashes helped to give the Bardot-esque eye, whilst the Matte Eye Ink was used to create the classic winged liner. With such sexy eyes, everything else was kept fresh with some simple contouring done to create depth in the face to match the eyes. 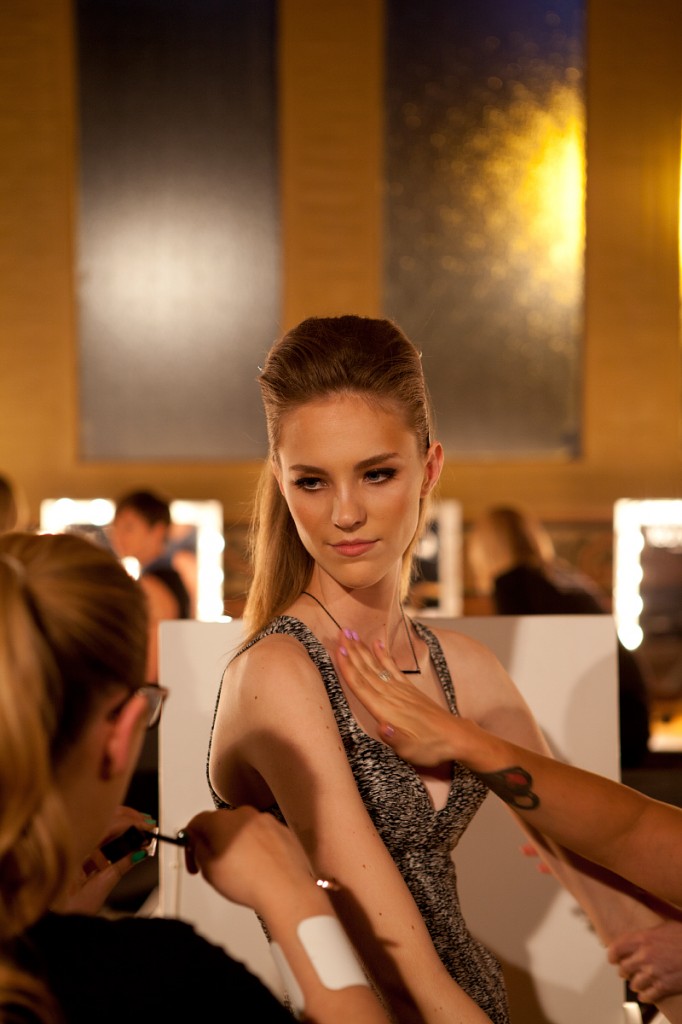 The overall look complemented Kookai’s AW14 collection and the best thing is that you can create them easily at home to go with your new Kookai outfit!