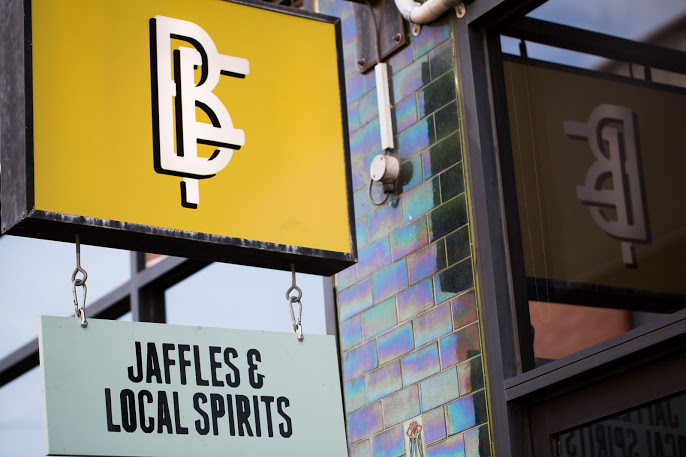 Hidden away on a little lane off Melbourne’s iconic Smith Street in Collingwood, Bad Frankie is the new bar on the block. While this city is a melting pot of different cultures, with a some of the world’s top European and Asian inspired places to eat and drink just on our doorstep, sometimes we forget that Australia’s heritage is just as interesting as the other cultures we celebrate.

Bad Frankie not only embraces Australia’s colourful past by somewhat ironically taking its name from John Franklin, the infamous Governor of Van Diemen’s Land who outlawed small pot stills in the early 19th century, but it partners its dynamic cocktail menu with the iconic Australian snack, the humble jaffle.

After travelling the world and tasting some of the best food and drink this globe has to offer, Bad Frankie co-founder Seb Costello quickly realised that in each country he visited, he sought out the drink and food that the country had become known for. Enjoying a local beer and American style hamburger in Nashville, tequila and tacos in Mexico and Pernod and Croque Monsieurs in France, Seb soon got to thinking about what food and drink was synonymous with the Australian culture.

Upon returning to Australia, Seb soon discovered an exciting world of Australian spirits, infused with an artisan style quality.  Talking about the spirit industry in this country, Seb said “In Australia we have a wonderful new culture of incredible craft spirits made by people who don’t make them like their father or their father’s fathers, they make them just the way they want to.” Taking his experience from his time at Knightsbridge Penthouse, Parlour Wine Room, Trinity Bar, Whisky and Alement, Bar Ampere and Du Nord, Seb launched Bar Frankie, a celebration of the Australian culture.

Taking the best of Australian liqueurs and beers, the extensive drinks menu caters for every taste. Vodka, gin, tequila, rum and whisky, Bad Frankie has it all. The must tries off the menu are Mrs French’s Apple Pie which deliciously combines 666 Vodka, rainforest cinnamon myrtle liqueur, vanilla liqueur and cloudy apple juice, and the Salty Dog Martini which is a new take on an old classic. 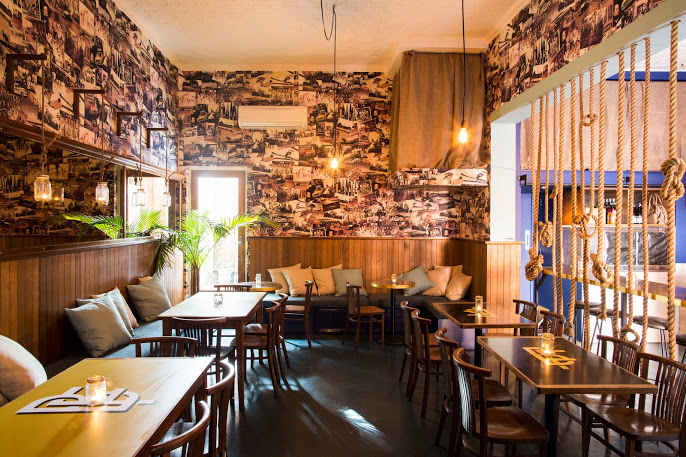 Now I don’t know about you, but when I think of jaffles, it takes me back to my childhood, when I used to stuff white bread with tomato and cheese and hope it didn’t overflow in the machine. The jaffles at Bad Frankie, while simple in their concept, are far from simple in their taste. Head Chef Michelle Boyle of Bar Ampere and Collins Quarter fame has taken an Australian classic, and applied a modern twist to create a what can only be described as little parcels of heaven. From the traditional vintage cheddar and mozzararella on white bread (The Classic), to my personal favourite, garlic, red win thyme mushrooms, spinach, Australian fetta and mozzarella on wholemeal bread (The Shroooom), there is something to tantalise every palette. Meat lovers will love The Chook (poached chicken breast, mayonnaise, celery pine nuts on white bread), The Fat Pie (slow braised beef and a rich gravy on wholemeal bread) and The Lamb Roast (roast lamb, green peas, on wholemeal bread). There’s even something for those with a sweet tooth. Michelle has reinvented two classic Australian desserts. The Lamington infuses chocolate soaked sponge cake filled with jam and rolled in coconut perfectly complemented by a touch of cream, and the Anzac Bikkie combines brioche bread toasted with rolled oats and golden syrup to beautifully re-create the iconic biscuit in jaffle form.

Speaking about the bar and what they love about Bad Frankie, founders Seb and partner Elle Brennan said “we both love the fact that we can have a chance to have a positive impact on growing the Australian spirits industry. We equally love that we are promoting the deliciousness of Australian inspired food. At times Australians underestimate the creativity of our own culture and we love to see this celebrated.” 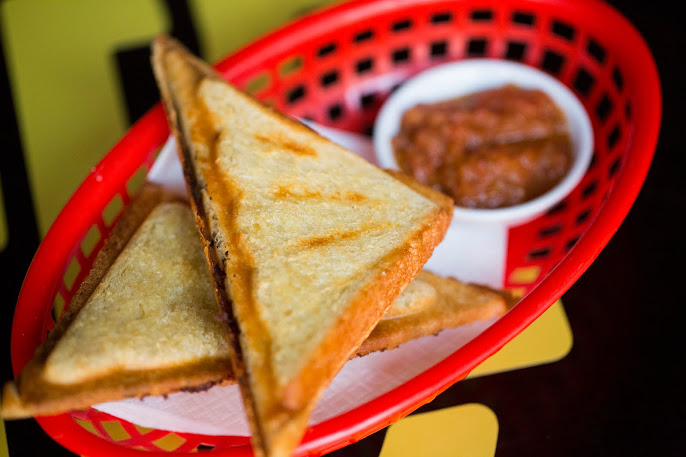