After attending the launch of Ygap’s 5 cent campaign Couturing have been closely following their progress and although final numbers are still being calculated, YGap announced on Thursday night that their 5 cent campaign had reached over 3.6 million coins equating to over $180,000.

The YGap team and their guests were lucky enough to enjoy an evening of drinks, food and good cheer at St Kilda’s Metropol, which has recently undergone a swanky refurbishment. Welcoming the likes of Ygap ambassador Nick Riewoldt of St Kilda FC, supporters and contributors were treated to tunes from Andy Murply and DJ Jorj of Jam Express. 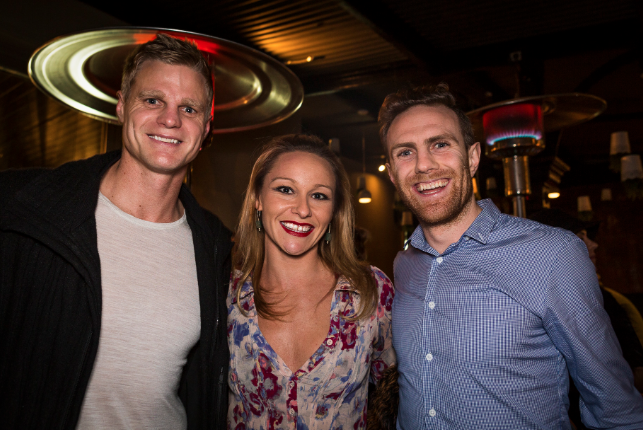 The money raised will be used to fund the YGap educational projects in Cambodia, Rwanda and SecondBite’s FoodMate programme in Australia.

YGap’s Elliot Costello was on hand with inspirational words and a thank you message to supporters and dedicated volunteers of the campaign.

The not-for-profit organisation this year opened “Feast of Merit” and our food and drink writer Phong Tran had a chance to sample the delights of Swan Street: http://www.couturing.com/feast-or-famine/  and has seen great success in their simple yet effective menu. Head on down for an array of vegetarian delights, slow cooked meat and a mulled wine to fend off the winter weather. All proceeds go directly to the YGap campaign http://www.feastofmerit.com/.

YGap has opportunities for the community to get involved as volunteers, sponsorship, donations and to join their ever growing popular social community right here: http://ygap.com.au/