As one of the brains behind successful Melbourne institutions Feast of Merit and Banff, Alby Tomassi certainly knows how to create a stand out eatery. When we heard he was working on a new restaurant, Lady Carolina, we couldn’t wait to hear more. Before the restaurant opens next month, we were lucky enough to sit down with Alby to hear more about Lady Carolina and the inspiration behind this new venture. 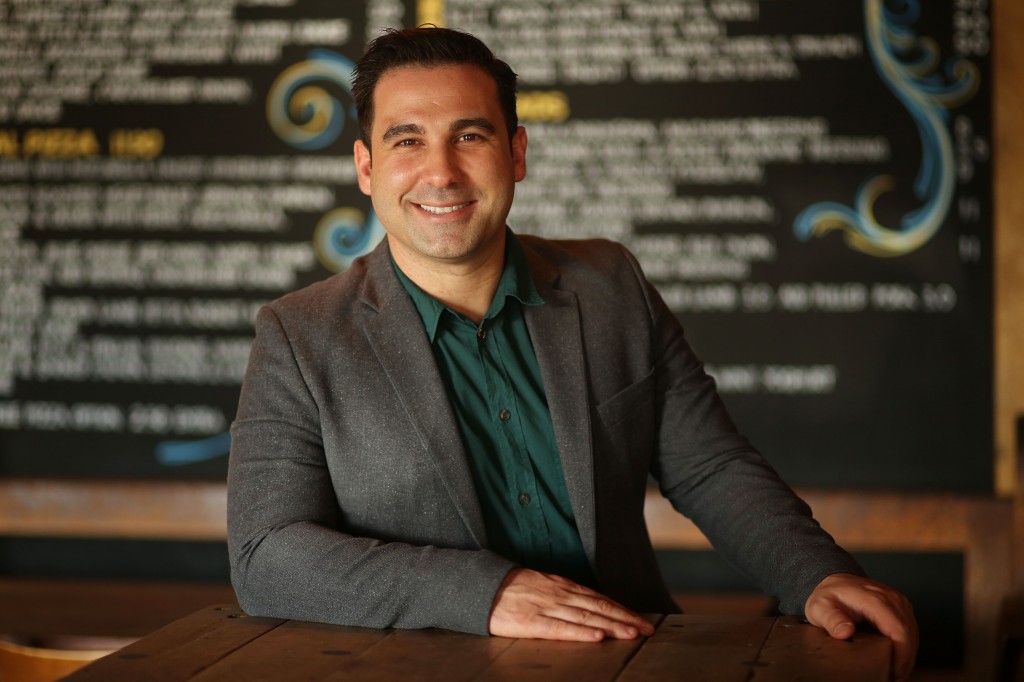 We’re very excited to hear about Lady Carolina. Tell us a bit about the inspiration behind this new restaurant?

What inspired her name is a great place to start.

In 1841 Thomas Wilkinson owned one of the largest land holdings North of Melbourne. Lady Carolina’s location was part of Mr Wilkinson’s estate which he named Brunswick after Princess Caroline of Brunswick. She was married to King George the IV and subsequently had an affair with the Prime Minister of England. Princess Caroline was not a stranger to fine wine and rum. You will be happy to know that like Princess Caroline, Lady Carolina also has a love for all the finer things in life.

There is a Latin/Caribbean movement happening all over the world. I feel Peru, its culture and its food is the epicentre of this Latin movement. Places like Ceviche and Andina in London, like China Chilcano in Washington DC and Astrid y Gaston in Lima are all showcasing Peruvian cuisine in its many forms and more importantly are being recognised for such endeavours.

Melbourne being the food and beverage capital of Australia, in my opinion, needs to learn from these ground swells happening thousands of kms away by bringing Latin cuisine to the forefront of the Melbourne dining scene allowing people to experience the bold, authentic, exotic, spicy and citrus flavours. All the things I love in food and so too will Melbournians.. This is food made with passion and steeped in history. The foundation of this cuisine comes from the Incans, but from 1529-1900’s the food of Peru has been influenced by Spanish, Italian, African, Chinese and Japanese cultures, leading to some of the most dynamic and delicious dishes you will taste.

When I felt comfortable enough to approach Chef consultant Paul Wilson with an idea for a restaurant concept, we both agreed that we did not want just another Mexican restaurant in the Melbourne food scene, but such a loved and appreciated cuisine such as Mexican could not be excluded, on the contrary it has become the foundation of what Lady Carolina is offering from its street food kitchen. Attached to this outdoor kitchen is our edgy rum bar, celebrating our third and final offering, Cuban. But it does not stop at rum for our beloved Caribbean island, we have also adopted Cuba’s knock out dish, Lechon Asado.

You went to Latin American (Peru?) earlier in the year in preparation for the opening of Lady Carolina – what was that trip like and what were some of the highlights?

You reap what you sew, so a cheeky research trip to Peru and Los Angeles was in order early in 2015. Peru was filled with energy, passion and as you expect great people. The Spanish left their mark on the city with many of the government buildings in the city’s centre painted that beautiful mustard-yellow colour, with striking white/black window frames and beautiful greenery on the more maintained buildings. Similar colours you will see at Lady Carolina.

Visiting the location where both La Barra and Astrid y Gaston (#14 restaurant in the world) are located was an experience worth noting. The gate attendants opening the gate to the most diverse and well-kept sustainable vegetable gardens, climbing the steps toward reception you are faced with the grandeur of a 300 year old mansion which houses these two magnificent food offerings.   Our 28 course degustation at Astrid y Gaston took us on a journey of the kitchen teams childhood, dishes from their past were interpreted in a way that validated the #14 position.

Meeting Diego Munoz, head chef of La Barra and Astrid y Gaston led to another highlight. Diego took some time out of his busy Sunday schedule to show us the local markets where he buys his produce for the restaurants. The best Amazonian fruit and vegetables on the land is sold by Signor Ortiz, or so I am told. 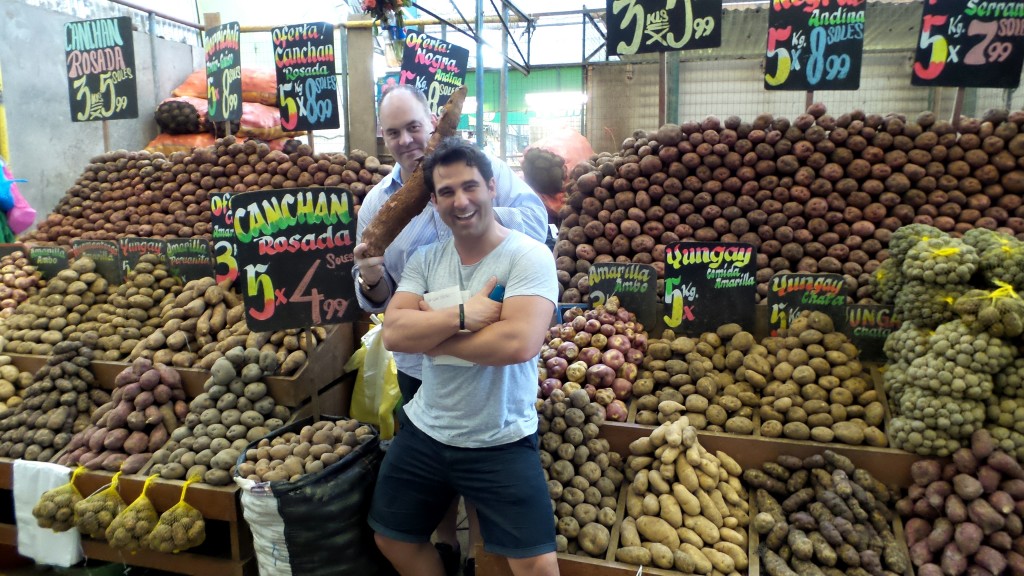 What are some of unique food discoveries you have had in setting up Lady Carolina?

So many but two of note.

When you fuse Chinese and Peruvian what do you get? History on your palette. Chifa is a popular fusion of these two rich food cultures which was born out of the 19th and 20th century immigration of the Chinese to Lima. Chifa is a term used in Peru to refer to Chinese cooking, in which Peruvian and Chinese ingredients are fused to Cantonese culinary tradition. Chifa means “to eat rice or to have a meal.”

Ceviche is Peru’s national dish and if you ask any Peruvian they will each have a different way to make it. To say the country loves Ceviche is an understatement; they have even given it an entire day – National Ceviche Day.

A welcome influence to Ceviche was that of the Japanese. Nikkei is the delicious fusion of Japanese and Peruvian food cultures. The most celebrated of this fusion is the tiradito dish, a combination of Peruvian ceviche and Japanese sashimi which embodies the best that Nikkei has to offer.

Lady Carolina is excited to be serving both Chifa and Nikkei in a Melbourne food scene that has embraced Asian food for decades.

What makes the Lady Carolina menu different and special (ie. use of healthy ingredients, superfoods)

Latin food is not that heavy as it is corn based, so expect to eat a lot but leave feeling light.

We will be showcasing the prince of Peruvian superfoods, purple corn. Purple Corn has 4 times the antioxidants as blueberries and is found in the delicious Chicha Morada drink. It is often made with pineapple, apple, quince, clove, cinnamon, sugar and lime. It is boiled and then cooled to serve. It has the most intense purple colour you will see on the planet and has many healing properties.

Camu Camu is another Peruvian rock star in the Superfood universe. This berry is the fruit that contains the most vitamin C concentration; actually it contains 10 times more vitamin C and iron than oranges. No doubt its flavour is extremely acidic. 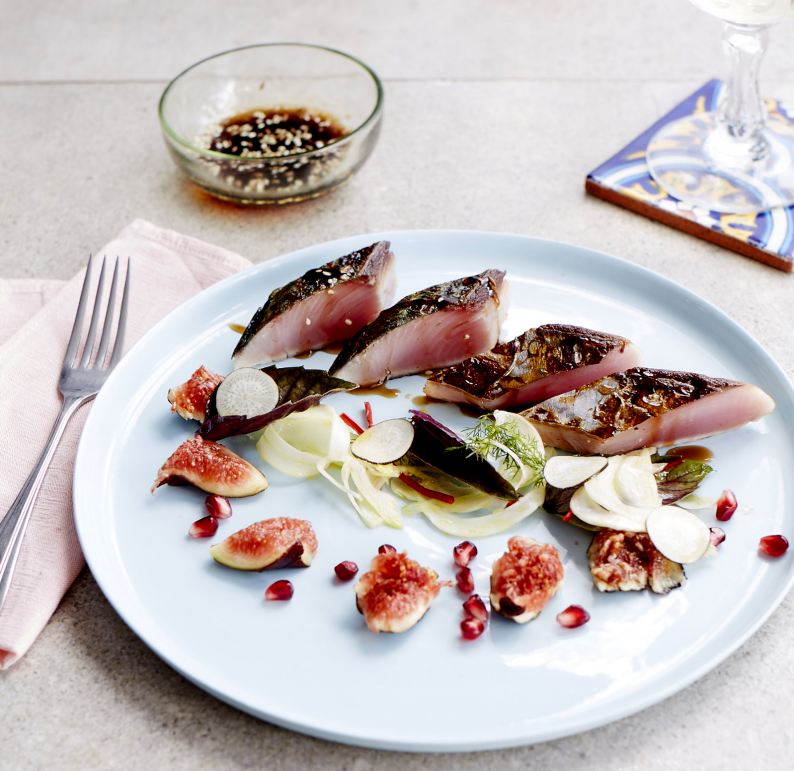 You’re opening next month so you must be doing a lot of menu refining at the moment. What are some of your favourite dishes from the menu?

From the drinks menu a must try is our Leche de Tigre.

This is made from the broth that is created when making Ceviche. Think citrus, salt, chilli, ginger and coriander, and sometimes even garlic. It is blended and other aromatics can be added before serving. Lady Carolina warns you it is an aphrodisiac and cures hangovers. The Latin worlds version of a Bloody Mary. Delicious.

Our drinks focus will be on Pisco, Rum and Tequila.

From the food menu, definitely the Lechon Asado, our Tacos Al Pastor and the Tiradito.

Chef consultant Paul Wilson is still writing what will be a delectable menu at Lady Carolina so specific ingredients for dishes are still unknown, but I can tell you that the Lechon Asado will be 4-8 hours slow cooked in our Texas Smoker cooked with flavoured woods to elevate all flavour profiles for our loyal customers.

In the street food kitchen you will enjoy Cubanos, Picarones and of course Tacos Al Pastor. These delicious pineapple and pork tacos are the original fusion food—a cross between Middle Eastern shawarma and the guajillo-rubbed grilled pork served by Mexican street vendors. Simply its beautifully slow cooked pork on a rotisserie put in an organic tortilla with pineapple.

Our Tiradito dish as mentioned earlier is the hero dish for Japan-Peru fusion. It will most probably be served up with a white fish, lime juice, aji Amarillo chillies, garlic, olive oil, salt and pepper. The fish is sliced very fine, sashimi style.

Social Enterprise is a better way to do business.

Lady Carolina has a commercial approach to social problems, a business model both YGAP and Feast of Merit truly believe in.

Feast of Merit has served over 150,000 customers in under 18 months with 100% of profits going toward changing the lives of people living in extreme poverty.

As of today 149 YGAP impact entrepreneurs have significantly and measurably changed the lives of 84,142 people living in poverty since we have accelerated them across East Africa, South Africa and the Pacific by helping them with a better income, a better house, a better education or reducing their risk of suffering from preventable disease or violence.

The best starting point to contribute to YGAP is by simply joining us on the last Monday of every month at 7pm at 117 Swan Street Richmond (Feast of Merit), where we spend two hours highlighting all that YGAP is working on with our volunteers, managers, people that are newly interested and guest speakers. There is no obligation to participate, simply listen and connect. If you like what you hear, then you can continue the conversation further with one of our managers, otherwise just consider it a night out at a pretty cool restaurant.