“It’s funny because I’m the only milliner in China. There are hat factories of course, but no one makes bespoke hats completely by hand like I do.” Credited with pioneering the millinery industry in China, Elisabeth Koch has made a name for herself with her unexpected and creative designs. Her pieces have been worn by Chinese superstars Zhang Ziyi, Zhou Xun, Yao Chen, and Li Bingbing, and have appeared in Harper’s Bazaar, Marie Claire, Cosmopolitan, Tatler, Elle, and GQ, as well as in several blockbuster Chinese films.

After determining a stable career in finance wasn’t right for her, Koch decided to take a risk and move to China and pursue a career in millinery. At first she found it difficult to source products for her creations as China had no millinery industry and therefore nowhere where she could source materials from. This meant she had to be creative. “I learned to embrace that thought”, she said. “I can look anywhere and every market is my playground. I will just put things on my head like a plastic shrimp or a shark.” 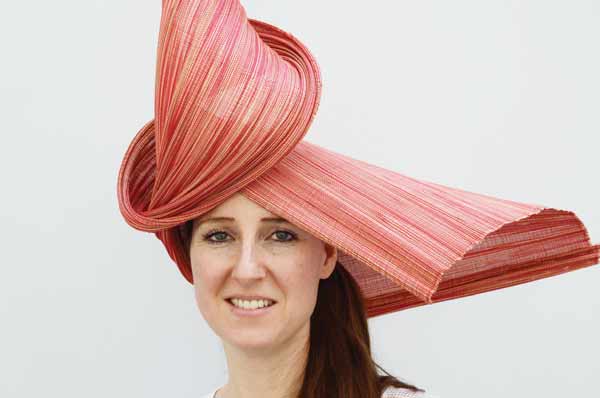 Her unique designs soon caught the eye of the local fashion scene. “Within 6 months of [being in China] I had a 12 page spread in Harper’s Bazaar”, she says.

As well as being China’s top milliner, Koch is also an expert in hat etiquette, which is becoming an increasing important part of the Chinese fashion scene. She is regularly called on to educate people on how and when to wear their hats and how to store and treat their hats. This is something that hasn’t been focused on in Australian culture despite the Spring Racing Carnival being such a huge event on the local fashion calendar each year. “There are so many rules which people just aren’t aware of when it comes to wearing hats”, she says. “It can be as simple as not leaving your hat upside down on your bed as it’s bad luck.”

Kochs has single-handedly developed the millinery industry in China and continues to be a driving force in not only creating amazing designs for the market, but educating consumers about this special art. Where she once used to be the only person in the room with a hat on at an event, she said that she has increasingly seen more and more people wearing hats, not just at traditional events such as the races, but embracing headwear for all occasions, which is something she celebrates. “Don’t hide your hats away just for special occasions. It’s the perfect finishing touch to any outfit.”