The sun has set on Flemington’s 2012 Melbourne Cup Carnival and as the 350,000 punters who plunged into their hip pockets for a little social gambling and daytime drinking will attest to, it was quite the carnival:

Over in the birdcage, the ladies and gents pulled out all the stops in the name of fashion to produce a stellar display of fabulous frocks and stylish suits. Myer darlings and race day veterans Jennifer Hawkins and Rebecca Judd attended 3 of the 4 major race days, and continued to outdo themselves in the fashion stakes as the days progressed. Their collaborative exercise in glamour was only matched by Sun Herald Fashion Editor and racing royalty, Kate Waterhouse. 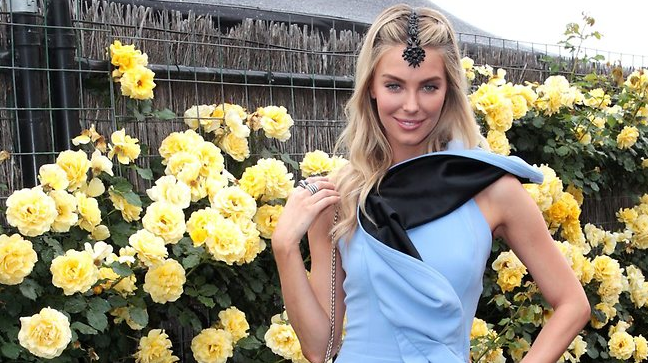 The carnival kicked off in monochrome madness on AAMI Derby Day where the marquees pulled some serious names and the stars wore some seriously good pieces. Swisse’s guest of honour, Nicole Kidman, looked the picture of elegance in a L’Wren Scott dress and Stephen Jones hat, that is before being photo bombed by Masterchef’s George Calombaris. 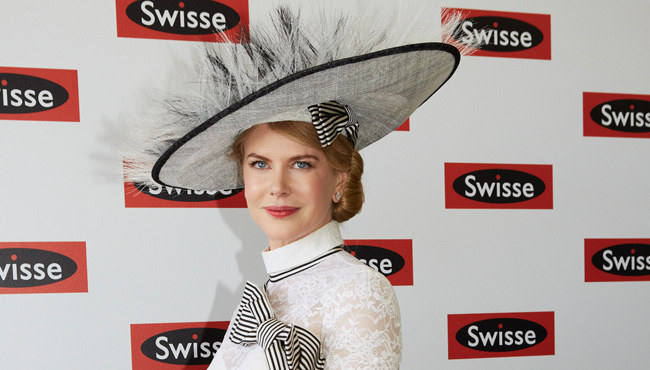 Lara Bingle wore a white leather suit by Dion Lee, a black akubra style hat by Hatmaker and quite the wonderbra which leaves me to question the appropriateness of cleavage at the races and fear that a precedent will be set for next year. Dion Lee appeared again on the stylish shoulders of Kate Waterhouse who wore a white sheer blouse and thigh split skirt with an incredibly intricate silver headpiece by Sarah and Sebastian Jewellery for Hatmaker. 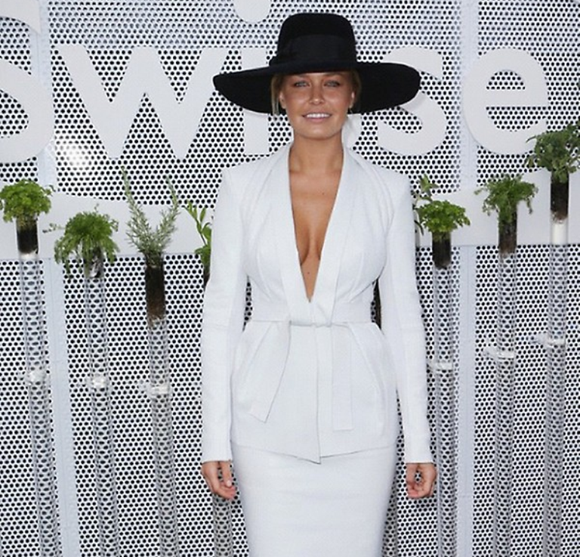 With the fashion stakes now set at an all time high, the carnival’s most colourful day, the Emirates Melbourne Cup may have fallen a little short of its Saturday predecessor. However, this is mostly due to this abomination of silk worn by Darryn Lyons.

Top marks go to Bec Judd for her colour kaleidoscope Nicola Finetti number and Jesinta Campbell for her Kerrie Stanley pink turban. Rose Bryne looked classy and chic in a black, white and creme Alex Perry shift teamed with Chanel accessories, while Mischa Barton donned a wine-hued Ellery gown that was possibly a little too evening for a day at races, but redeemed herself with a Phillip Treacey headpiece and Louis Vuitton shoes. Nice save, Coop. 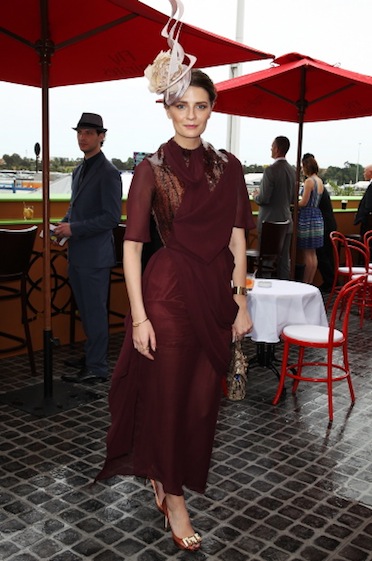 The jewel in the cup fashion crown is always Ladies Day and this year’s Crown Oaks did not disappoint. Kate Waterhouse continued to represent Australian designers in a spectacular Josh Goot number while Jessica McNamee opted for a feminine and floaty black tulle frock. 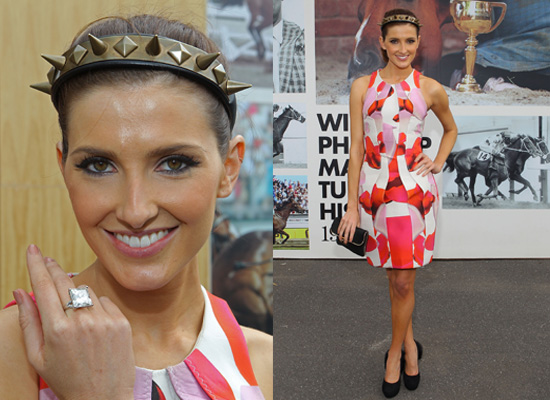 Last but not least, Emirates Stakes Day saw all the cutest fashionistas mosey on down to the race track to parade their styling efforts.

With few faux pas in sight and more meticulous grooming than that of fashion week, the 2012 Melbourne Cup Carnival was a resounding and stylish success.

Images courtesy of Pedestrian, The Herald Sun and Swisse