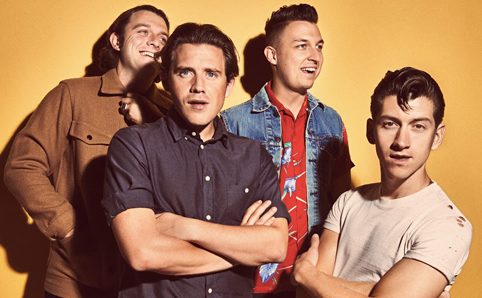 For many people in Rod Laver last Friday night, they will only know the Arctic Monkeys on one level, as the grown up showmen that woed a crowd with sounds from their latest album AM and classic floor fillers from their earlier albums. For me it runs that little bit deeper…

Introduced to the Arctic Monkeys by a very good friend of mine eight years ago,  my first gig was in my home town of Barnsley (ten minutes from Alex Turner’s Friday statement “we’re the Arctic Monkeys and we’re from High Green”) where we queued for several hours in the pouring rain to get into a secret gig over around 500 people. Since then I’ve seen them in various venues across the UK from student unions, to cricket grounds and more recently headlining Glastonbury in 2013.

The first time seeing them on an international scale, I watched as they blew away the crowd with hit after hit from the new album and kicking out favourites such as “505” and “bet you look good on the dancefloor.” Alex Turner flirted with the sell out stadium, stating “I want to throw you all into a swimming pool, but in a good way.” Seating or standing the crowd were as high as the ceiling as they danced to the wickedly worded lyrics of Arabella, Crying Lighting and Brianstorm.

No matter how styled they become (albeit Matt Helders still kicks around in his trackie bottoms) or how much of a showman Alex Turner has developed into, their hints of Yorkshire and wonderful way of making music that an audience can relate to will never change. Keep pushing for rock ‘n’roll Yorkshire boys, see you next time.