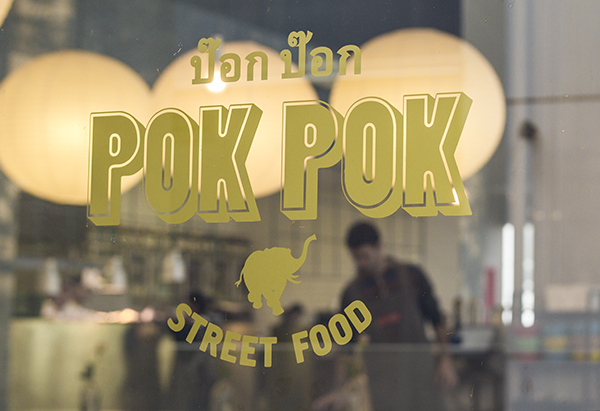 To the majority of Melbournians, Docklands might as well be antipodean to where they lay their heads. It is in fact a mere block away from the CBD and thanks to a few clever cooks, there’s a new reason to take the tram that extra stop: Pok Pok.

Those familiar with Thailand and the hawker food sold in its streets will remember the ‘pok pok’ sound of locals thumping spices into a mortar, and for those familiar with Docklands, it’s now become synonymous with delectable Thai food. Ethan and Emily from Bourke Street’s Tuck Shop, have spread their wings from working under the tutelage of Melbourne coffee mogul, Salvatory Malatesta, to bring Pok Pok into existence. 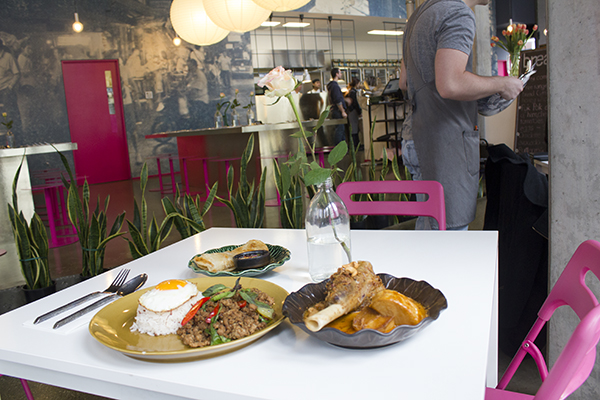 The space is reminiscent of a large Collingwood studio and is purposefully very un-Thai. “I told my designers I didn’t want it to be traditional” says Emily as she explains how she understood the area’s office block inclination and wanted something more lively for their customers. The lone homage to Thai roots covers the feature wall in a pixelated picture taken on a hawker street from Ethan’s homeland. The restaurant upstairs dons chic steel bench-like tables for larger groups and clean white tables for smaller gatherings. There’s also space along a bar that overlooks the cafe, where everyone is perched on hot pink chairs and stalls under the warm glow of giant paper lantern orbs. Fresh flowers pepper the venue in abundance to great effect. 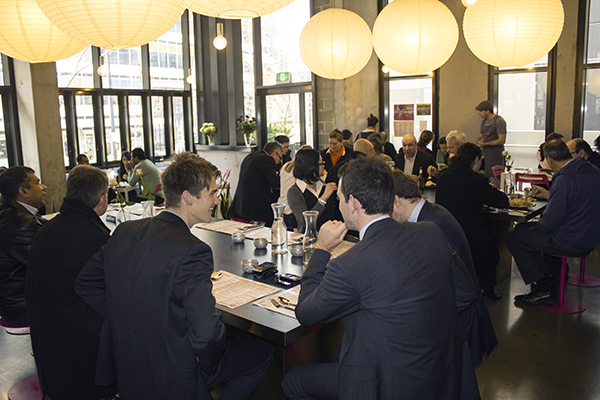 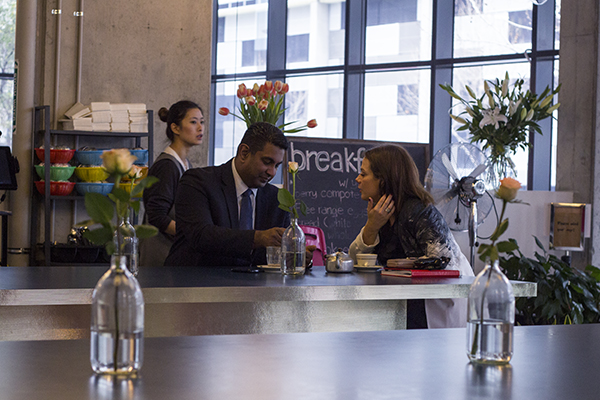 The food is where Ethan “the Thai guy” makes Pok Pok’s oriental persuasion known by choosing “all the food that reminded him of his childhood in Bangkok”. Options roll through char-grilled tenderloin beef in a ‘Crying Tiger Salad’ to curries like their Massaman Lamb Shank Curry with Roti that tempts you to wield the shank like Bam-Bam, or wok fried dishes like Krapow Gai Khai Dow with banana spiced fried basil chicken served on jasmine rice. 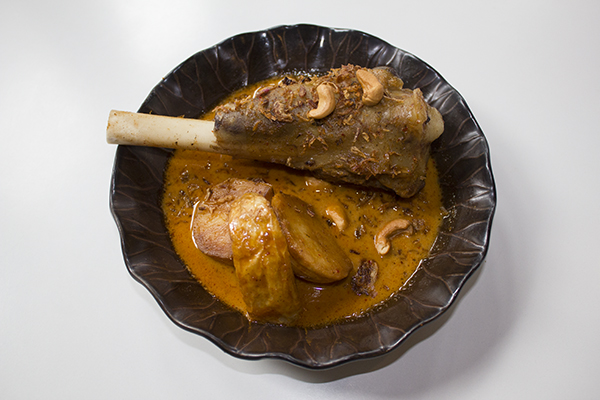 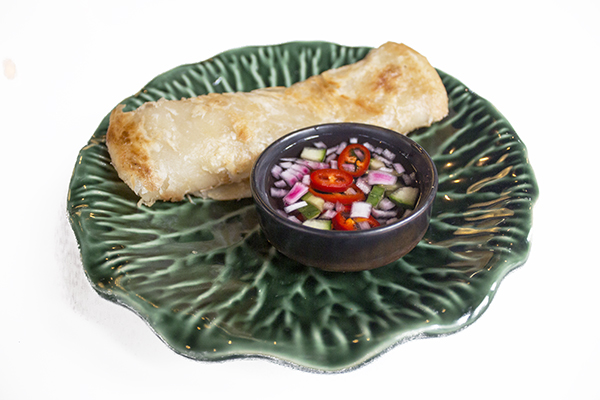 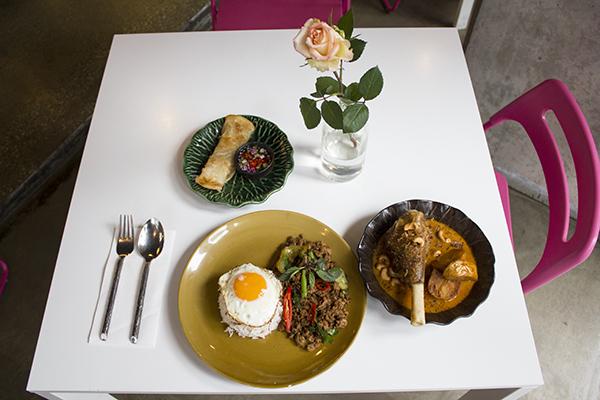 Pok Pok is in its realm for lunch and dinner, “we can sell four hundred dishes in four hours”, and makes two seating times for lunch at 12:00 and 1:15. Dinner continues on from Thursday’s and Friday’s usual day service, while Saturday is a dinner only affair from 6pm with bookings “highly recommended”. As always, carers share and Emily and Ethan implore groups to try a selection and with all the food cooked by Thai only chefs, authenticity is guaranteed. 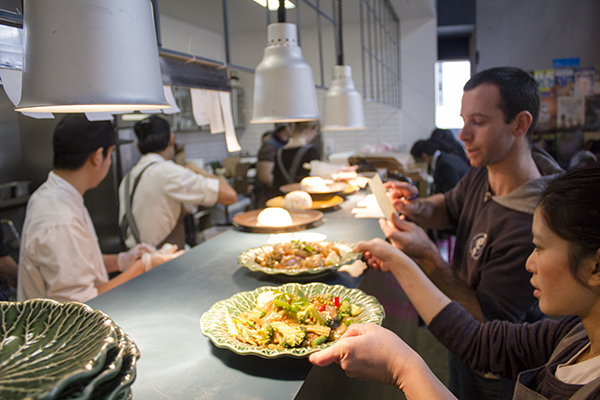 Understanding Melbourne’s caffeine fixation, Pok Pok has a less authentic Thai, more cafe-centric area at ground level using sensory lab Beans to cater to the many Docklandians on the move (and also a more European breakfast menu for the egg and toast fiends). Coming from the Salvatory family, including coffee was a must for them. “Ethan’s main skill is being a barista and is very good at coffee making… (because he has been) in the industry for fifteen years, we wanted to utilise his skill” said Emily. 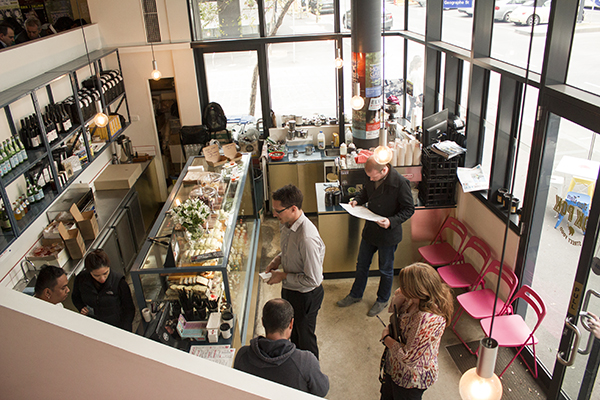 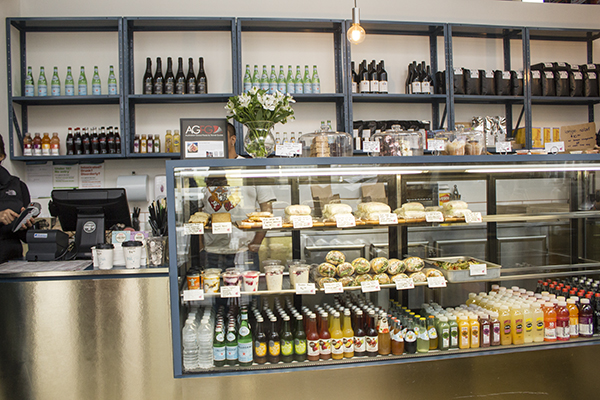 Brilliant Thai food is now available without the booked flight. Take a long lunch, and walk to the other end of Bourke Street and listen for the sound.