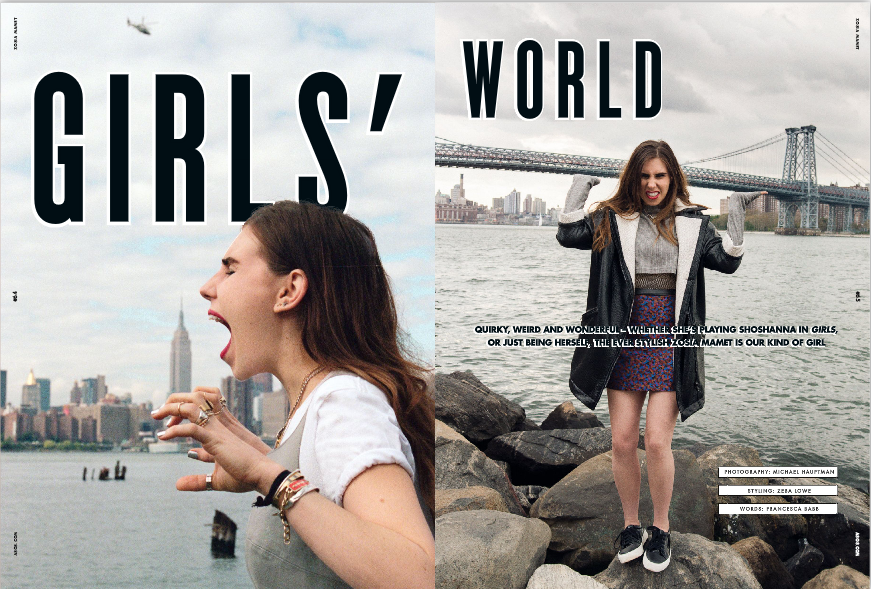 Looking very un-Shoshanna like, Girls star Zosia Mamet fronts Asos Magazine’s January edition. Styling herself for the editorial, Mamet’s personal style seems to be the opposite of the prim and proper character she plays on the hit HBO show. Where Shoshanna favours anything pink and girly, Mamet tends to leads towards clothes that are comfortable “I’m not a girl who is going to put something on that I can’t breathe in or walk in or sit down in. I like something I feel good in, that feels ‘me'”. She also describes her style as eccentric and a little bit dirty. She said if someone saw her closet they would think it belongs to someone with a personality disorder. Her biggest fashion vice? Jewellery. Although she says she isn’t someone who keeps it in boxes, preferring to wear most of it everyday. 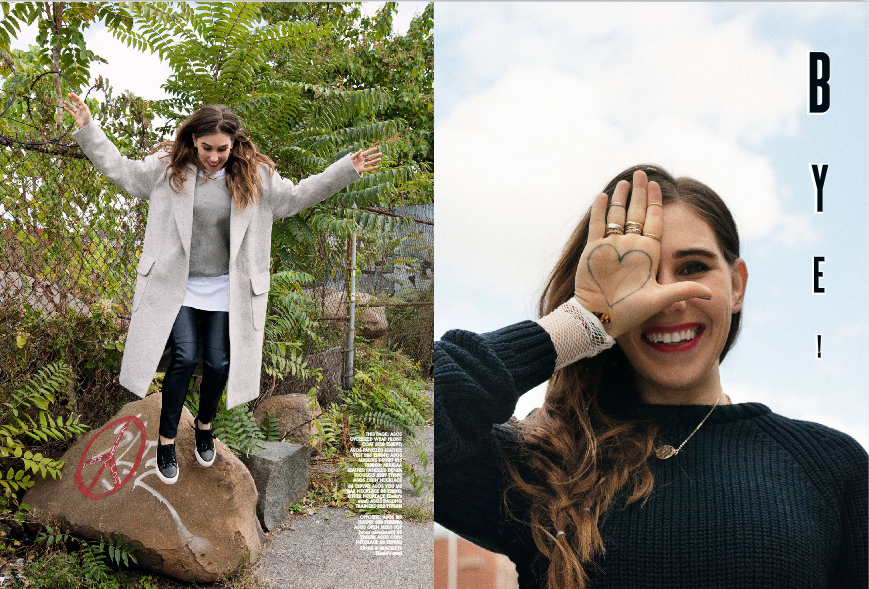 Speaking about the show, Mamet said “I love every single aspect of being on the show. I have the most fun job in the world. [Lena Dunham] made a story about kids in their early 20s, in a unglamourous way…It’s entertaining and funny, but also dark and sad and unabashed and unapologetic. I think people feel they can really relate to it – like she was telling their story.”

Speaking about her fashion icon, Mamet looks to Diane Keaton during her Annie Hall days as the epitome of style. She said that while Keaton wore masculine shirts and suits, she worked the look in a individual, feminine and quirky way.

Visit Asos to find out more about this unexpected Style Icon and check out the behind the scenes video to learn more about the actress behind one of TV’s most annoyingly endearing characters.