The 2014 Melbourne International Film Festival kicks off on Thursday 31 July, and brings with it a swag of brilliant and beautiful features, documentaries and shorts from Australia and around the world. Among them is this gem, Advanced Style, a documentary by photographer Ari Seth Cohen and filmmaker Lina Plioplyte that throws the spotlight onto a demographic commonly ignored by American fashion culture: women over 60.

Much like Cohen’s successful fashion blog ‘Advanced Style’, which launched in August 2008, this eponymous documentary contemplates the differences between fashion and style. Birthed from a desire to remember and pay tribute to his glamorous, beloved grandma, Cohen’s blog saw him roaming the streets of New York photographing the city’s most stylish residents. The documentary is in essence an extension of this blog, as it follows seven of Cohen’s most frequent muses, whose ages range from 62 to 95. 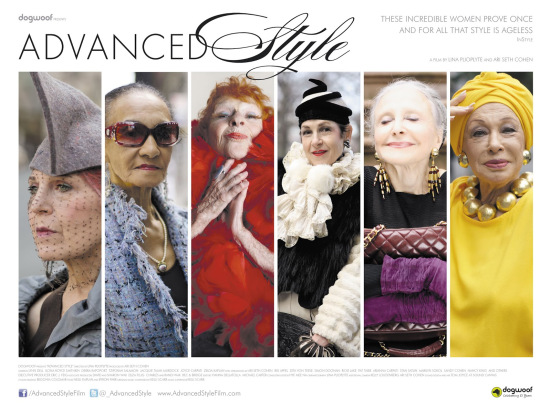 You would be forgiven for assuming that Advanced Style is just going to be a fashion documentary; on the surface, the film, much like its namesake blog, does appear to be a tale of fashion and style. However, dig a little deeper and you’ll uncover a rumination on society, identity and ageing. The first half of the film in particular strikes a powerful cord, as each of the leading ladies’ personalities are beautifully revealed, with attention drawn not only to their feelings towards fashion, but to their own stories, and their views about their place in today’s youth obsessed society.

“I am an artist, and my art is dressing”, says Tziporah Salamon, 62 at the time of filming. Salamon takes the dilemma of deciding what to wear to the next level, claiming she can spend forever building a single outfit. One outfit, she notes, took her seven years to complete because she couldn’t find the perfect earrings, and therefore couldn’t wear the outfit: “Each piece completes the portrait”.

The documentary sets itself up as markedly against the prevailing fashion system. It picks apart the nuances between fashion and style, pointing out that the former is about trends and the latest things, and “making everyone look the same”, while style is more subjective. Fashion is transient, style is eternal.

The documentary also addresses the blatant stigma associated with ageing. Flip through any of today’s fashion magazines and you’ll be confronted by one type of woman: young, thin, and ridiculously unattainable. This film debunks that stereotype, and without becoming preachy declares that a woman’s age should not define their identity.

That’s not to say these women deny their age; as 93 year old Ilona Royce Smithkin says, “I don’t buy green bananas anymore”. Each woman is proud of who they are, what they’ve achieved, and how they dress. Therefore, this film isn’t about style in spite of age; it’s about style because of age, or more accurately, style enhanced and encouraged by age. 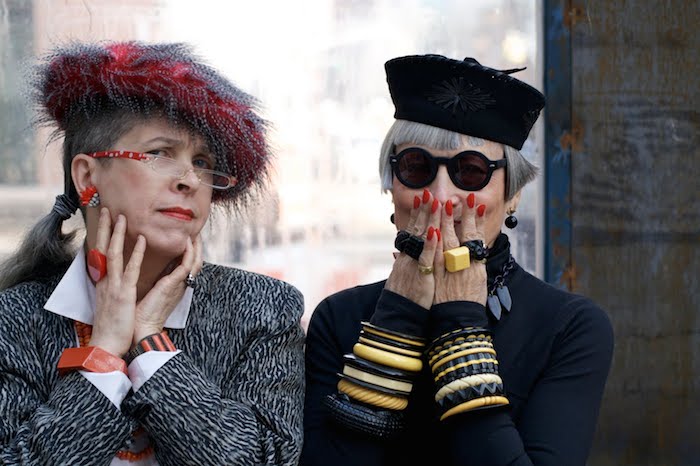 At its heart, Advanced Style is an ode to the confidence and attitude to life and fashion achieved only through a lifetime of living. A film less about the clothes than the women wearing them, Advanced Style will have you reassessing your whole understanding of what it is to be stylish.

Advanced Style is playing as part of MIFF on Saturday 2 August, Monday 4 August and Wednesday 6 August. The 2014 MIFF runs until Sunday 17 August.