It’s not often I’m left speechless after meeting someone, but this is what happened to me when I met renowned chef and TV personality Manu Feildel at a special event held at his hot new Melbourne restaurant, Le Grand Cirque. The team at Renault put together an amazing afternoon of cooking, French wine and eating with their ambassador Manu (who drives a Koleos) showcasing not only his fabulous new restaurant but his equally fantastic cooking skills. 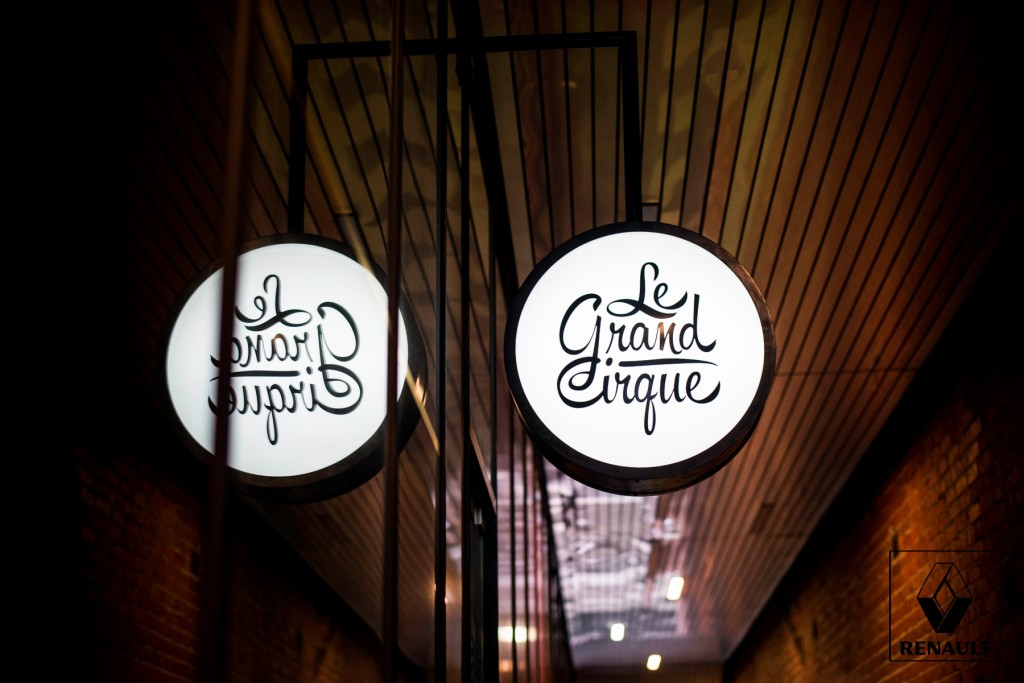 Tucked away behind The Olsen hotel in South Yarra, Le Grand Cirque, French for The Grand Circus, is an ode to Manu’s love and experience working in a circus. The restaurant itself is like a giant big top with mirrored walls, bright colours and a huge mirrored bar complete with a popcorn machine. The restaurant is inviting and with its open kitchen, diners have the ability to watch all the action going on behind the pass.

Manu tells us that the mantra behind the restaurant is all about using simple ingredients and fresh produce to generate flavoursome dishes. He says many people misconceive French cooking as difficult and expensive, however his restaurant and his most recent cookbook are the antithesis of this thinking. Manu says French cooking is for everyone, it’s inexpensive and is easy to cook. He’s out to break this perception with the menu at Le Grand Cirque and also in his cookbook and most recent TV special. Manu says that with the ever increasing availability of a variety of different fresh produce in your local supermarket, there is no excuse to give French cooking a go! 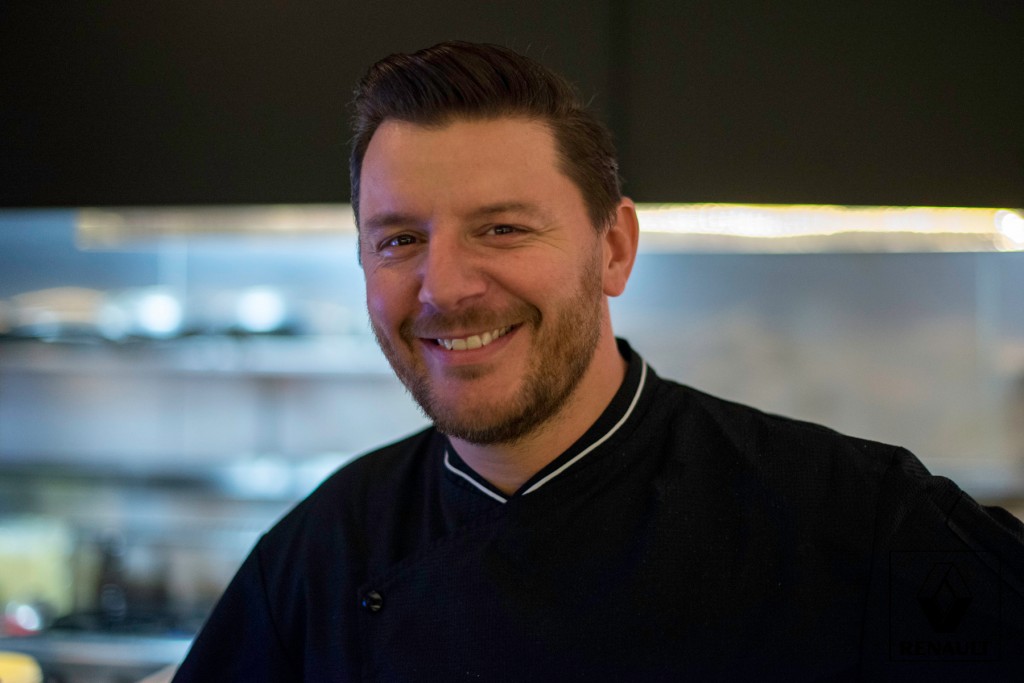 Proving his mantra right, Manu selected three items from the Le Grand Cirque menu to demonstrate for us during the event – Scallops with a hazelnut, chive and panko crumb, Steak Tartare and Mussels cooked with apple cider. All three dishes were magically put together by Manu in a matter of minutes with minimal fuss and complexity. 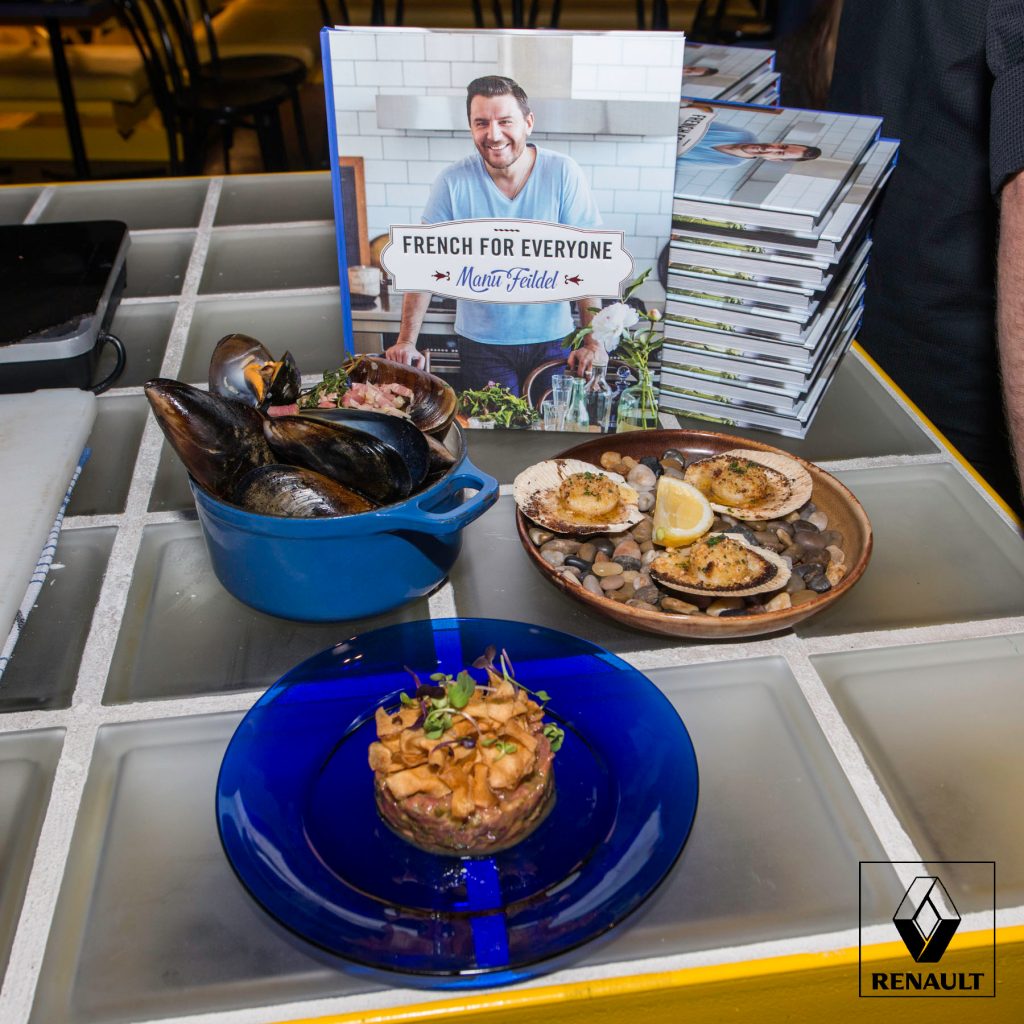 The first dish of scallops with a hazelnut and chive butter crumb topping was an effortless cook. The most effort went into the hand chopping of the hazelnuts and chives (Manu suggests that chopping by hand gives a better texture for even distribution in the butter). Mixing it in with the butter and some panko crumbs, the combined mixture was rolled in cling wrap and placed in the fridge to set. After the mixture was set, Manu cut small coin size sections and placed on top of each scallop and baked for 5 minutes. Coming out of the oven, the heavenly smell of butter wafted through our dining area. Although simple, the dish was delicious with the creaminess of the butter contrasted against the crunch of the nuts and panko crumbs. 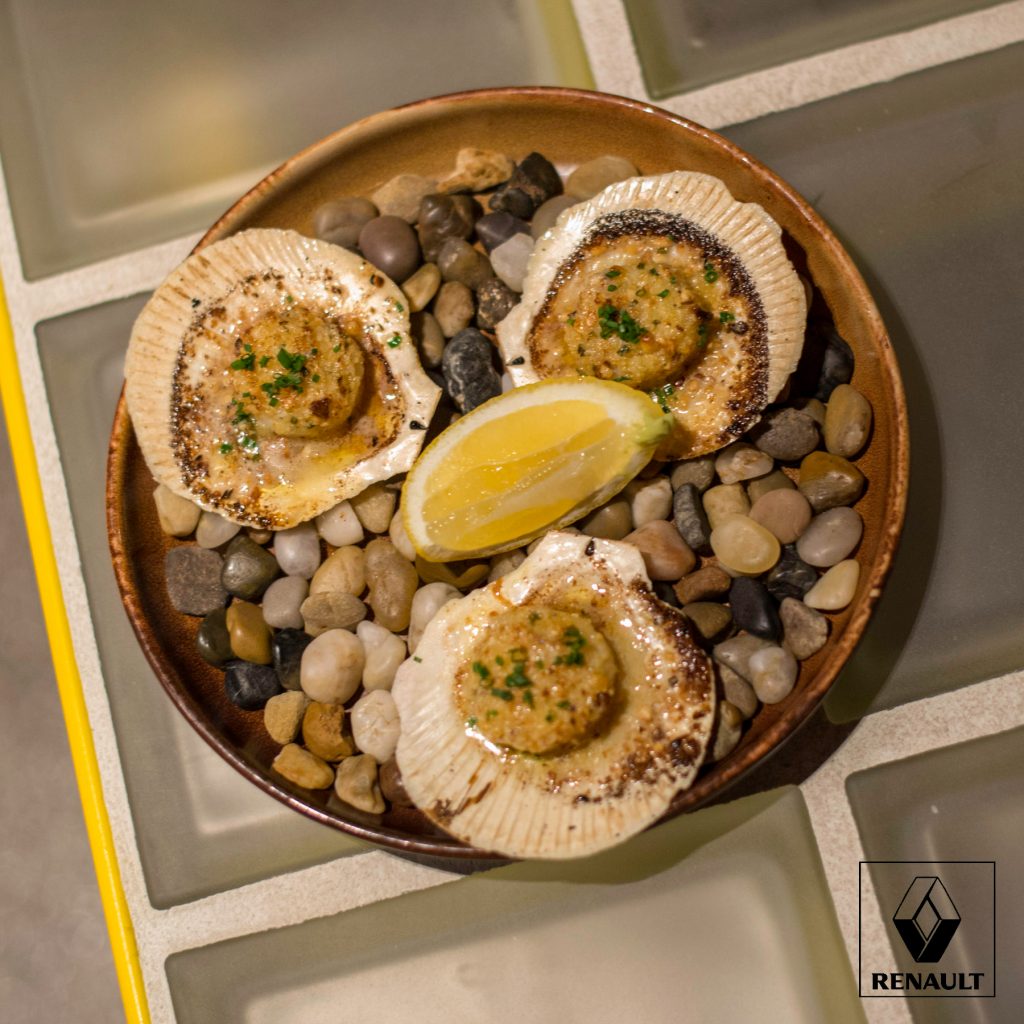 Similarly, the preparation of the Steak Tartare and Mussels were equally simple yet the flavours were complex and delicious. It was really mesmerising watching Manu cook. His love and passion for cooking came through in how he was talking about preparing each dish, and also as he recounted the fifteen years he’s spent in Australia. He acknowledged that as a country, we’ve come a long way in terms of the types of food we eat thanks to our broadening multicultural society, and also the availability of produce we can now buy at local markets and supermarkets. 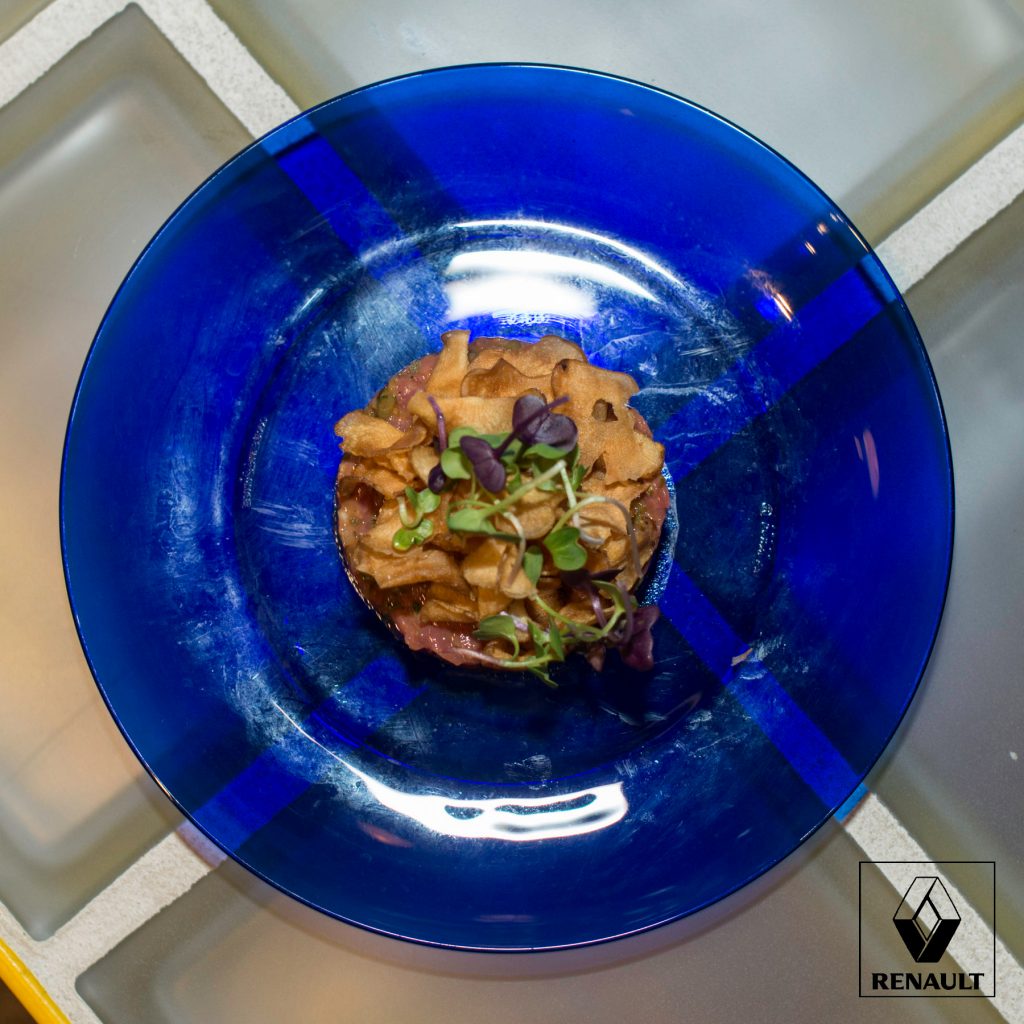 Spending time watching Manu cook was a a fascinating experience in watching passion and talent at play. Manu’s love of food and his humour really shone throughout his cooking demonstration. It made me think more about the types of dishes I could try at home and gave me the confidence that it could be achieved. It also made me want to go back to Le Grand Cirque and try the rest of the menu from the greatest Ring Master of them all, Manu! 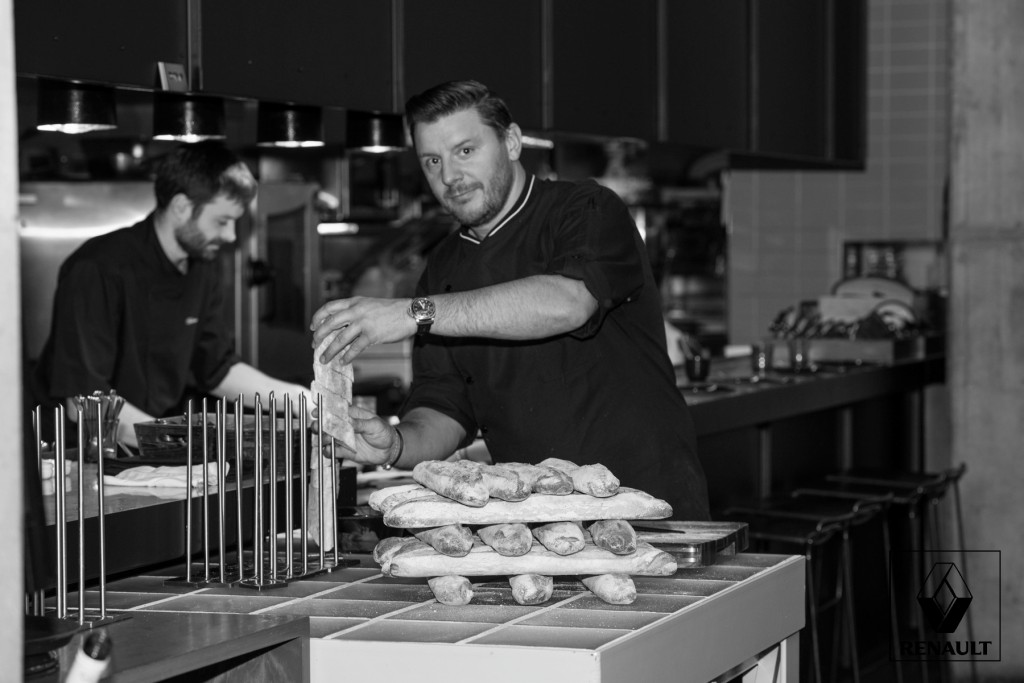 Manu’s French for Everyone is now available at all leading bookstores.

Le Grand Cirque, 21 Daly Street South Yarra VIC Ph. 9207 7421. Reservations can be made via phone or online at www.legrandcirque.com.au

To find out more about Renault, and specifically the Koleos which Manu drives, visit www.renault.com.au