Making the perfect coffee is more than just filling up a basket, placing it into a machine and adding milk. The refined art that baristas do on a day to day basis is something I never really appreciated until I took part in one of the classes that Toby’s Estate Espresso school have been running as part of the Melbourne Festival.

The Espresso school is located in Toby’s Estate’s  Finders Lane location and runs normal classes during the year to help Baristas learn and hone their skills, as well as the occasional coffee connoisseur who wants to partake in some coffee appreciation. There were two sets of special classes running throughout the Melbourne Festival. The first, a Brew Methods class, and the second an Latte Art class. Both teaching the refined art of making the perfect coffee with a twist. 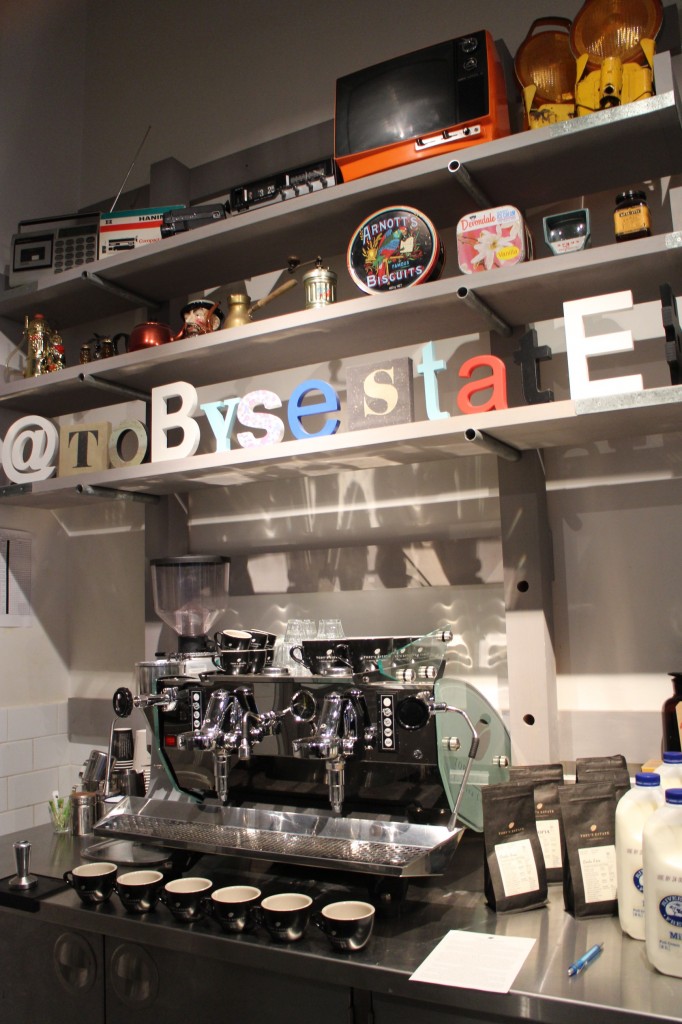 I was lucky enough to partake in the Latte Art Making Class last week, hoping to hone my coffee making skills as well as attempt to be a bit more creative with latte art. I’d like to say that the latter was achieved but you’ll see below what my coffee art actually looked like…

The wonderful thing about this class is that it was a hands on class meaning I got down and dirty with the coffee and the machine. Ok that sounds a bit suspect, but it’s such a different experience when you get the chance to have a go of making things yourself. Our trainer, Scott Algate, explained that a lot of people think that the machine does the job and don’t give a second thought to all the various considerations and skill that go into making coffee. Admittedly it’s not something I’ve really appreciated  before but during our class, Scott revealed that it’s not just about how the coffee is poured but it’s about how the combination of the quality of coffee, the temperature of the milk, the pour from the machine, and how it is poured into cup.

The quality of the coffee and the pour will give the coffee the right flavour. How you tamp, the compressing action that baristas do after getting the coffee into the basket, can make a big difference to how the coffee tastes, because if you don’t compress it right, cracks can form and water will run through these cracks and not through the coffee. This may mean your coffee is watery and doesn’t have the right taste and wrong consistency. Scott explained that there are three flavour profiles of coffee that combined will give the coffee full flavour – acidity, sweetness and bitterness. So if it hasn’t been poured correctly, you’ll get more of one flavour profile than another.

When it comes to the milk pouring, he said that the many cafes get it wrong because they burn the milk. If you are hearing loud crackling sounds at your local cafe, they’re not doing any favours for your coffee. There should be minimal sound when milk is being warmed as the central part of the frother should be in the middle of the pot to maximise the distribution of heat. Milk should be perfect at 60 degrees and the jug should be warm to touch. 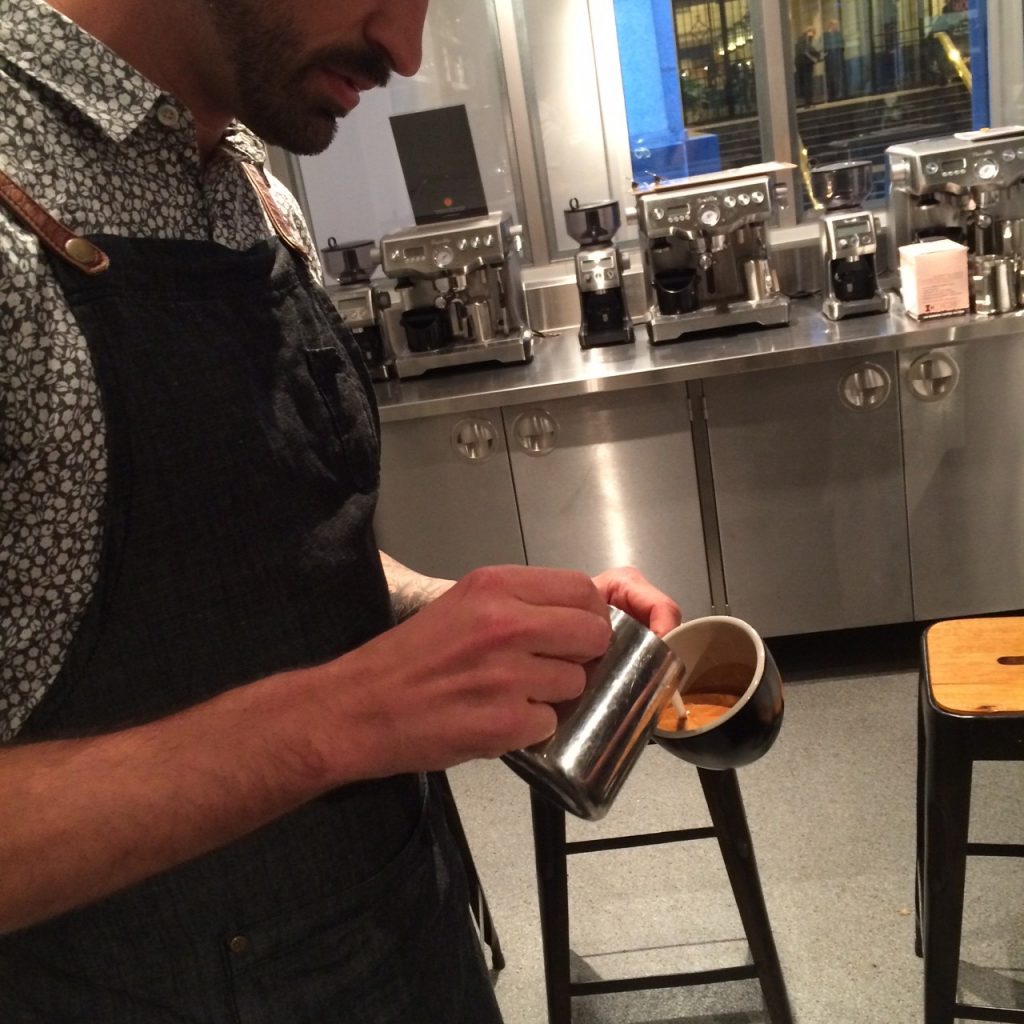 When it comes to pouring the milk into your cup, slow to begin and a faster after half way with a flick at the end, means you will help distribute the coffee crema to the edge of the cup and help with getting the perfect mix. One burning question I’ve always had was what was the difference between a latte and a flat white. If you’re getting takeaway, probably not much, but if you’re having in, a latte is served in a 220ml glass with 1cm froth, whereas a flat white is served in a 150ml cup with only half cm froth. So I guess if you want less milk then the flat white is your thing. 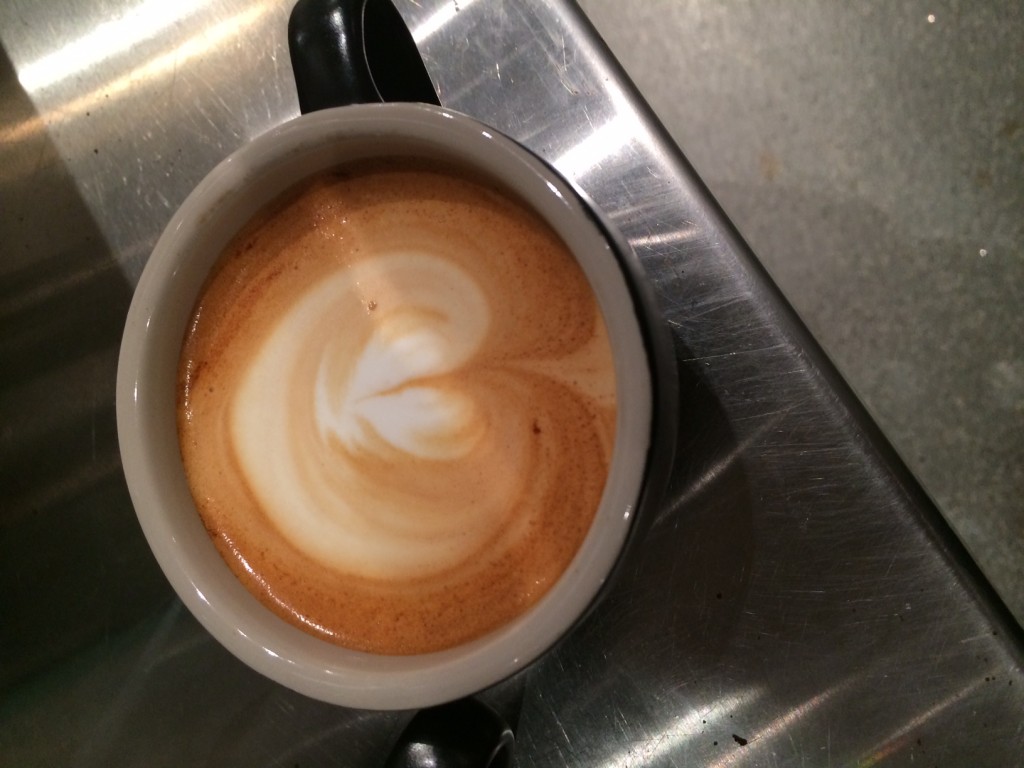 The Perfect Coffee by Scott

How you pour the milk into the cup will help create the various patterns and art at the top of the latte. The most common is the love heart which can be achieved with a simple flick at the end of your milk pouring. My first attempt looked more like an unattractive bum, but my second attempt was a little better and more heart like. Scott did make it look easy and also showed us how to create a leaf on the top of the coffee by moving the cup from side to side as he poured and using the final flick to create the stem of the leaf. 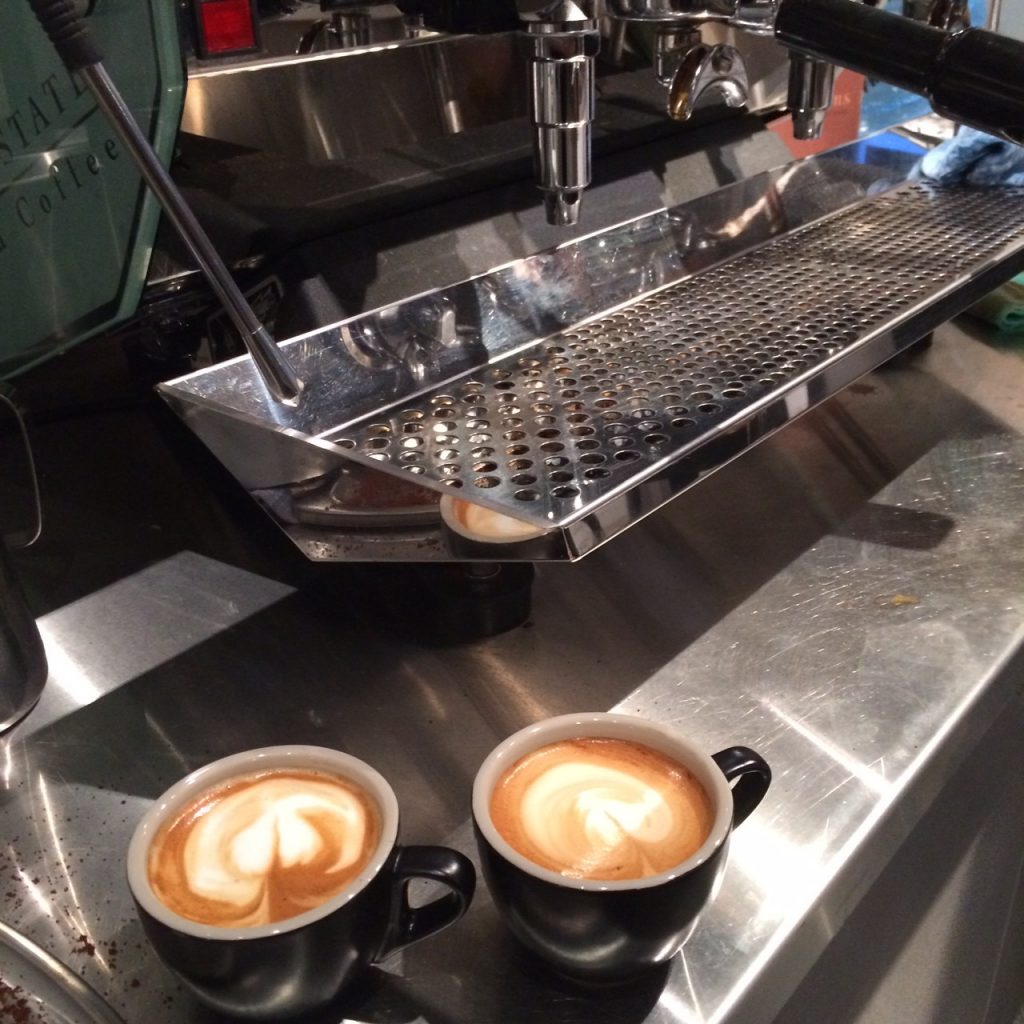 It’s amazing how much effort goes into one cup of coffee and how much technique there is in making it into an art. So the next time you’re in a cafe, maybe pay a bit more attention into what happens!