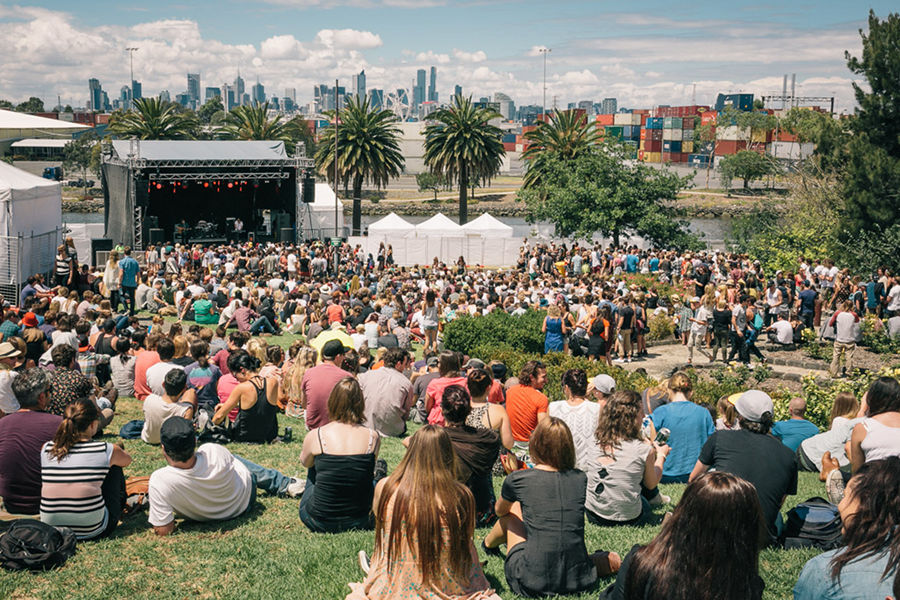 Now in its 10th year, Laneway Festival was the brainchild of Jerome Borazio and Danny Rogers. Starting in 2004, they invested time and money into bringing new music to Melbourne’s summer time at the original St Jerome’s Bar on Caledonian Lane. The festival has grown rapidly over the years to boast eight locations: Auckland, Brisbane, Detroit, Freemantle, Adelaide, Sydney, Singapore and Melbourne. It still is pervading fast, and Hamilton playing in New York would soon be in a neck-to-neck race with it.

The mood was electric, the sunscreen and Sailor Jerry’s were in full flow and the outfits were well thought out for the 30 degree day. UK band Drenge kicked off the Moreland Stage, with some huge sounds from the relatively small duo. Youth Lagoon brought some funky vibes to a hill of very upbeat (and warm) people against the backdrop of Melbourne CBD and Jagwar Ma kicked ass bringing the dance to the Red Bull stage mid-afternoon.

Highlights were Chvrches, who despite a minor technical beginning killed it with Lies and The Mother we share and Vance Joy, wooing the girls with his soulful voice and curly locks. Other popular choices heard through the crowds were the Californian beats of Haim and Aussie faves The Jezabels concluding the jam packed day.