The Point Albert Park is one of Melbourne’s most iconic dining destinations. Located on the banks of Albert Park Lake, and next to the bustling St Kilda streets, the venue offers some of the best views in town. The complex was originally designed by architect, Peter Maddison of Grand Designs Australia fame with recent architectural and design changes by Elevli Plus. In December, The Point Albert Park appointed Francesco ‘Franck’ Castellana as the new Executive Chef.

Castellana was born and raised by a family of restaurateurs in Puglia Italy. After finishing college in 2006 he followed his dream to work in fine dining restaurants and joined the brigade at Pietro Leemann’s Michelin starred vegetarian restaurant, Joia. 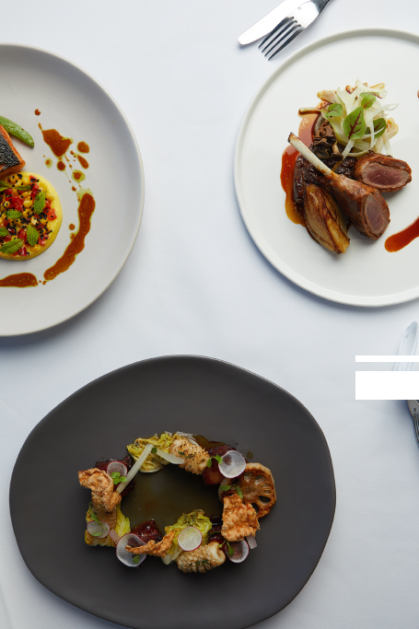 After three years he moved to the three Michelin starred, Enoteca Pinchiorri in Florence. He credits this restaurant for providing the fundamentals of making him a true chef. On departing Enoteca Pinchiorri, he travelled extensively through Peru, exploring local flavours and cooking techniques and spending time with chefs now celebrated among the World’s 50 Best.

In 2011 he settled in Australia spending two years working at Shannon Bennett’s Vue De Monde before being appointed Head Chef of Bistro Vue in 2013. On his departure he staged at Les Créations de Narisawa, learning the truth in the adage ‘less is more’ – where one ingredient is the key and everything else moves around it. Castellana then moved to New York City in 2016 to work under Thomas Keller at Per Se. He was determined to understand what separated Per Se from other restaurants, finding a level of organisation, communication, respect and generosity that he had never seen before. He states “there was no you, no him/her, just us.” 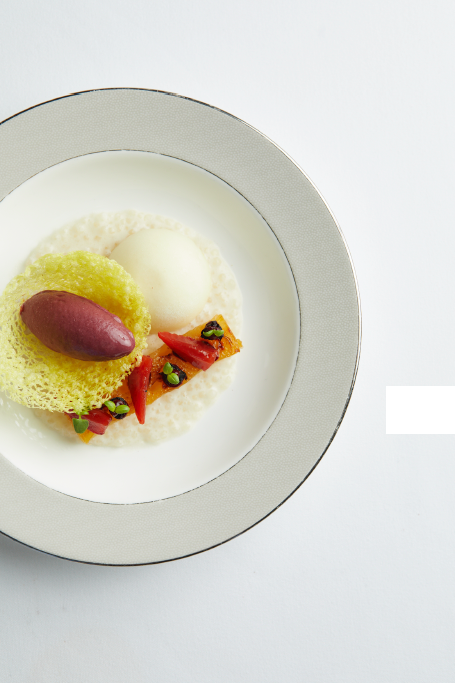 Franck was appointed Executive Chef at The Point Albert Park when he returned to Australia in late 2017. Over the Christmas and holiday period, Franck researched and experimented with dishes that are inspired by his experiences, vision and aesthetic – flavour is a critical component to this. His menu was launched in late January 2018. In this new menu, Castellana fuses aspects of the Mediterranean diet, choice Australian produce and a nod to Japanese and Asian cuisine as his influences.

Stand Out Dishes at a Glance:

Wine List: The internationally acclaimed wine list has been recognised and won many awards for its depth and diversity, showcasing wines from the old and new world, particularly its Australian wine selection and aged vintages from Burgundy and Bordeaux.

The restaurant is ably managed by hospitality professional, Owen Gibbons, whose career stretches from fine dining restaurants in Canada, to Gordon Ramsay’s Maze in London and the management of various Gastro Pubs. In Australia, Owen relaunched No.35 at Sofitel, and the very successful No. 8 by John Lawson at Crown before taking the position at The Point.

Last year, Elevli Plus Architects and Designers were commissioned by The Point owners to redesign and redecorate the fine dining space. Windows were pushed outwards to include the spacious balcony into the restaurant, allowing greater space between tables. A muted palate of tonal greys was selected for walls, curtains and carpet, highlighted by pearlised columns which run laterally from the floor to ceiling windows. Tables are large and spacious; table linen is double laid and hand ironed before each service; comfortable armchairs are upholstered in oatmeal linen. Contemporary multi-pronged light fittings with coloured hand-blown glass provide accented colour. The restaurant boasts three private dining areas.