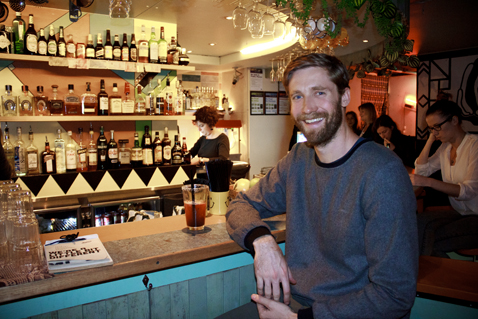 A few years back a couple of young volunteers sat on an African beach and sipped beer that tasted a lot richer than the economic climate. This disparity got Zanna Mccomish and Simon Griffiths talking and I imagine the conversation went something like this: “You like beer, I like beer, everyone likes beer. If we could take a cut from each beer bought and give it back to the developing communities they came from, well, we’d be doing all right”. From this simple sentiment, Shebeen was born. 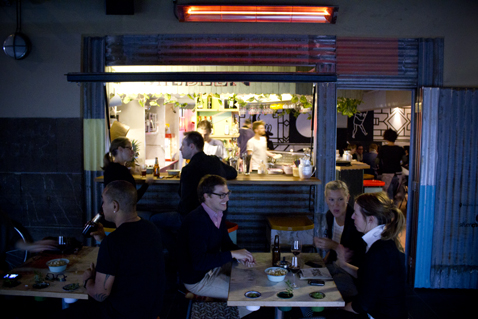 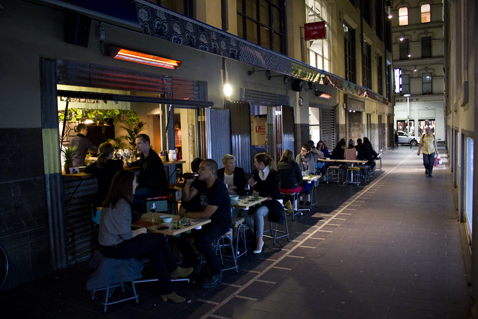 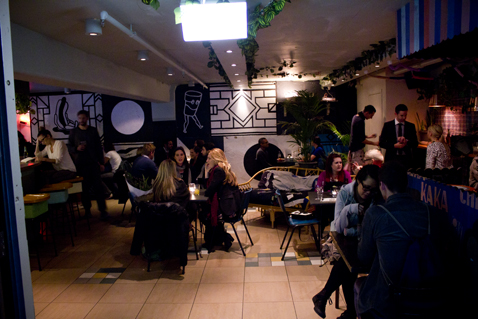 Shebeen bar and cafe has been operating out of Manchester lane since mid February giving all of its profits to charities in the developing world. They still function like any other business, assures Griffiths, who has been navigating the Shebeen ship since day one. “Like a regular business we pay our staff and our over heads, everything is done one hundred percent by the book, you need to make sure it’s all above board. All of the profit that is left over is then payed out”. And the profits are payed out to where the product came from. Meaning that if you buy a Windhoek Light from Namibia, then the profits go to mothers2mothers in Africa, who stop the spread of HIV from mothers to children during pregnancy, childbirth, or breast feeding. If you buy a Sinha Stout from Sri Lanka, then the profits go to Room to Read, who work in ten countries across Africa and Asia to teach primary school aged children who otherwise wouldn’t learn to read or write. Griffiths estimates the amount donated from each beer to be from $1-$2, or around $200,000 over a year. Not bad. 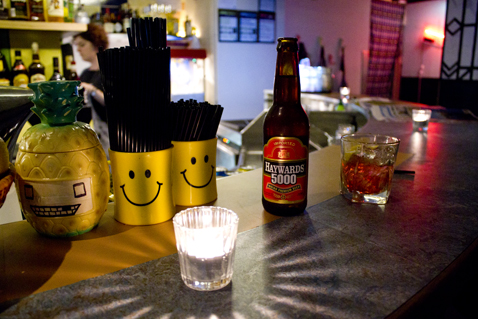 Though there are similar ‘Philanthropubs’ to Shebeen in America, like Cause in Washington, or Oregon Public House in Portland, Shebeen is the only one giving on a geographical level, to the charities concerning areas where their product hails from. And also the first of its type on our half of the globe. 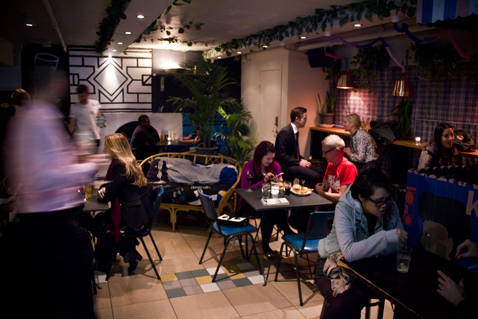 The idea may seem simple enough, but imagine how hard it is to convince a landlord to give you a lease when you tell them you’re giving all of your profits away. Details like these are why Shebeen owes thanks to lawyers, architects, and construction firms for going a little bit out of pocket. Notable contributors like Brown Forman, who sell Finlandia Vodka and Herradura tequila among other drinks, are responsible for a quirky cocktail list, team uniforms have been designed by local fashion house Alpha60, Tin & Ed worked on the pattern design of the wall paper and murals, Swear Words helped with Graphic design, their thank you list is endless. 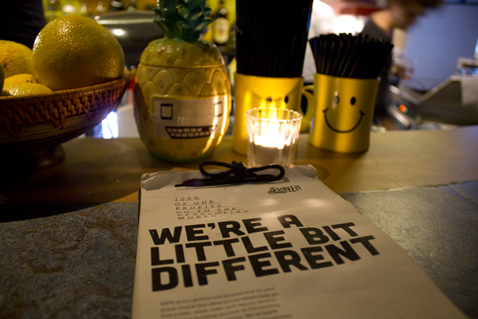 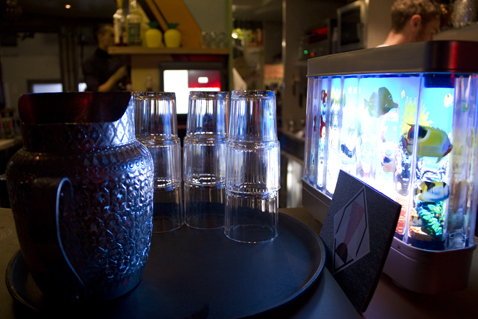 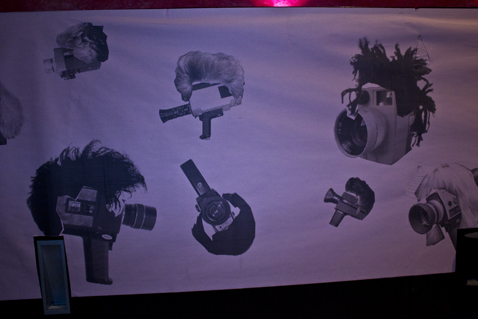 Just as eclectic as the list of contributors is the layout itself. Influenced by a mish mash of the afro-asian cultures, most of the decoration wouldn’t be out of place in the developing communities Shebeen supports. Old street lights have been fashioned into lamps that shine on couches boasting cushions made from old Fubu hoodies and the people who sit on them drink Shebeen-a-colada’s made in kitsch pineapple cocktail shakers. Even the exterior of the pub sports corrugated iron like the African shebeens from where the bar’s name is derived. 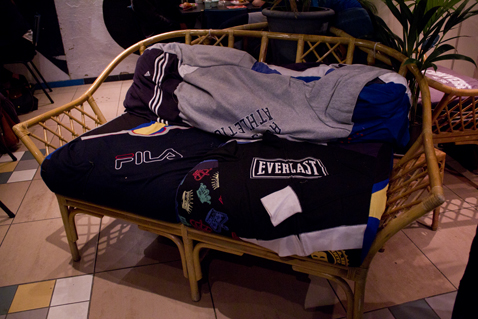 Shebeen though, isn’t solely a bar. Open from 11am as a cafe it sells Ethiopian single origin or Vietnamese iced coffees, Storm in a Teacup tea’s from the countries it supports, and street food recreated for Melbourne (“you’d never get sliders in the developing world”). There are also surprises like Jesus Juice, which is described as a bloody mary spider using house made sorbet. Just like the beers, all profits from these go to the charities Shebeen supports. Downstairs is home to ‘Shebang’ their performance space which is currently being used as a Thursday and Sunday cinema run by Speak Easy and is available for events on other nights. 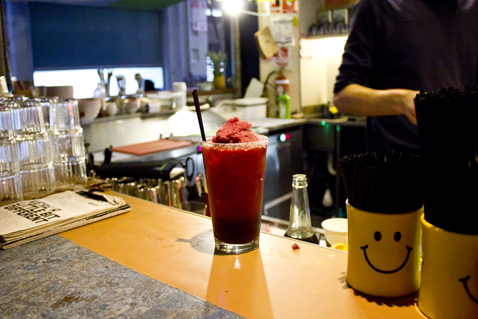 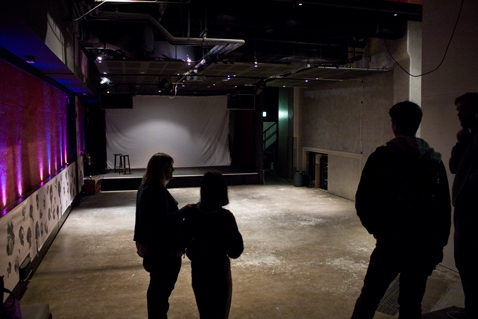 The oldest adage of giving is that giving a man fish will feed him today but teaching him how to fish will feed him for a lifetime. In the same theme, Shebeen isn’t a one time fix. Griffiths is looking to change the way people think about giving. 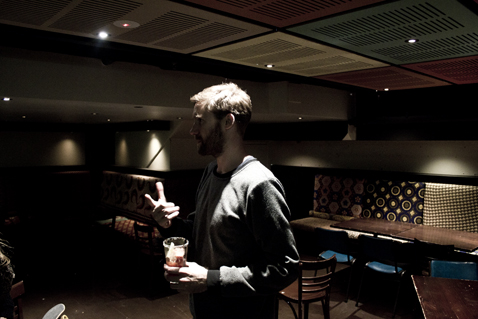 “People don’t give more for a couple of reasons, it might be because they don’t have the funds, or that there is too much noise in the space and they don’t know how to do it. The idea of Shebeen was that we could solve both of those problems, by doing the leg work to figure out where the money should be going, and operating a business that shares its profits…one bar selling a beer from Namibia is not going to change the world but if we can start ingraining the concept into people’s heads we can make a difference. It’s not so much about us doing it but encouraging others to go down the same pathway”. Even for those who are just out for a good time, Shebeen is an excellent way to give the causes and effects of drinking some cause and effect.