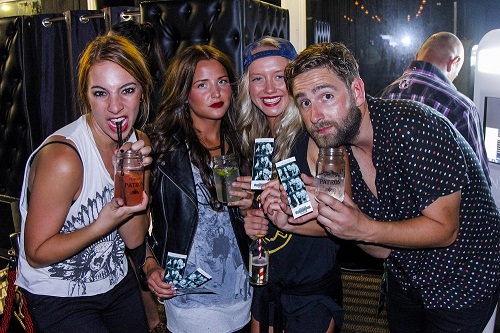 Back for their 5th year, The Rolling Stone Awards reflect both global and Australian popular culture talent. As Rolling Stone Magazine is a cultural, music icon with a focus on music stories, features and reviews featuring un-rivalled access to the biggest names and hottest bands, it is no doubt that we were all gearing up for the most anticipated awards night of the year.

“Patrón is proud to be the main sponsor of the Rolling Stone Awards for the 4th consecutive year. It is such an incredible event, with more than 1,000 guests attending, it just gets bigger and better every time we have been involved. This year’s event was an amazing night not to be missed.” Michael McAdam, Patrón Brand Manager.

New Zealand songstress Lorde continued her stellar rise at the awards ceremony, taking out Album of the Year and Best New Talent. Bluesfest director Peter Noble was presented with the Rolling Stone Award, which recognises an outstanding career-long contribution to popular culture. Other big winners on the night were Tame Impala (Live Act of the Year), Nick Cave & the Bad Seeds (Best Independent Release) and The Jezabels (Single of the Year for “The End”), as voted for by the readers of Rolling Stone and sponsored by Patrón).

Live Act of the Year (sponsored by Corona): Tame Impala

Single of the Year (Readers’ Choice, sponsored by Patron): The Jezabels, “The End”

Music Video of the Year: The Preatures, “Is This How You Feel?” (Directed by Alex Ryan)