Pascale Bar & Grill is located on the first level of the hotel, up the grand stairs of the hotel. The open space of the restaurant has a focal point at the end with the open kitchen so you can watch all the action.

The ambiance is dark and mysterious, keeping with the quirky nature of the hotel. Seating isn’t ordinary either with magnificent sofa chairs with comfy cushions which are very useful to relax on after you’ve inhaled all the delicious food on the menu.

The menu has a comprehensive list of dishes from land and sea with some great dishes from the grill. The menu can be shared or had individually but my dining partner and I wanted to try some of the different dishes so we shared.

We started off with tastes of the sea. Our first dish was Pan fried crab cakes with avocado and lime mousse, celery hearts, pancetta, lemon balm, cayenne and black sesame. It’s not often you get crab cakes on a menu and I’d had something similar at the QT hotel’s restaurant in Sydney and that was delicious. Great to report that this crab cake was just as delicious. The crab cakes were light and delicate and had been lightly fried so they weren’t oily. The mixture had a decent amount of crab meat in it so the sweet taste of crab really shone through and worked well with the accompaniments – citrus notes with lemon and lime, a hint of spiciness with the cayenne and saltiness from the pancetta. 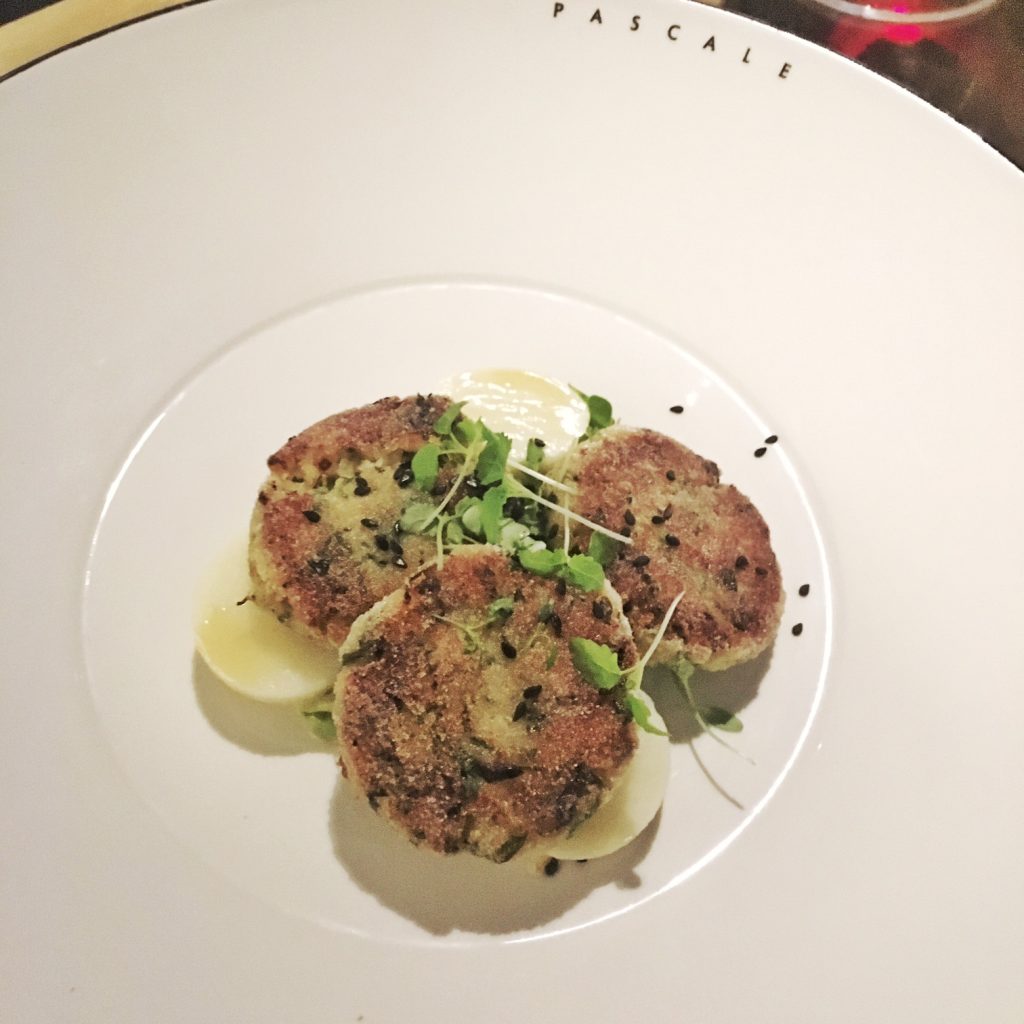 Our second entree was the Fish Carpaccio, a dish of sashimi grade blue-eye, ginger, horseradish and rooftop garden greens.  The blue eye was light and flavoursome and the added hint of ginger and horseradish gave it just a bit of an additional fresh twist to the dish. Definitely one for those that love Asian inspired flavours. 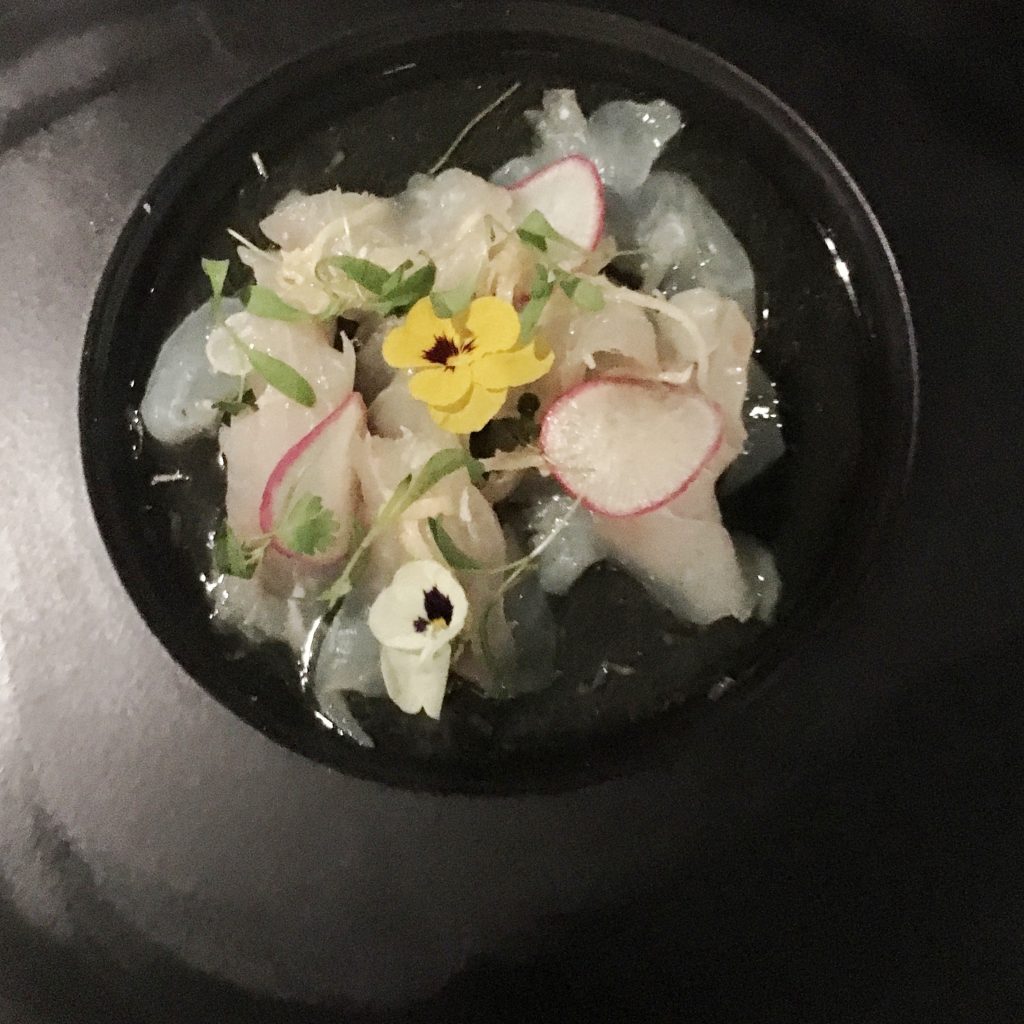 Mains were from land and sea. A Steak au poivre which was cooked to our request of medium rare. The peppercorn sauce could have had an extra level of spiciness but was pleasant with the steak.

We opted for the Fish of the day, a John Dory with dill dressed, wasabi-warrigal greens and lemons. Cooked well and the sauce was light yet creamy. 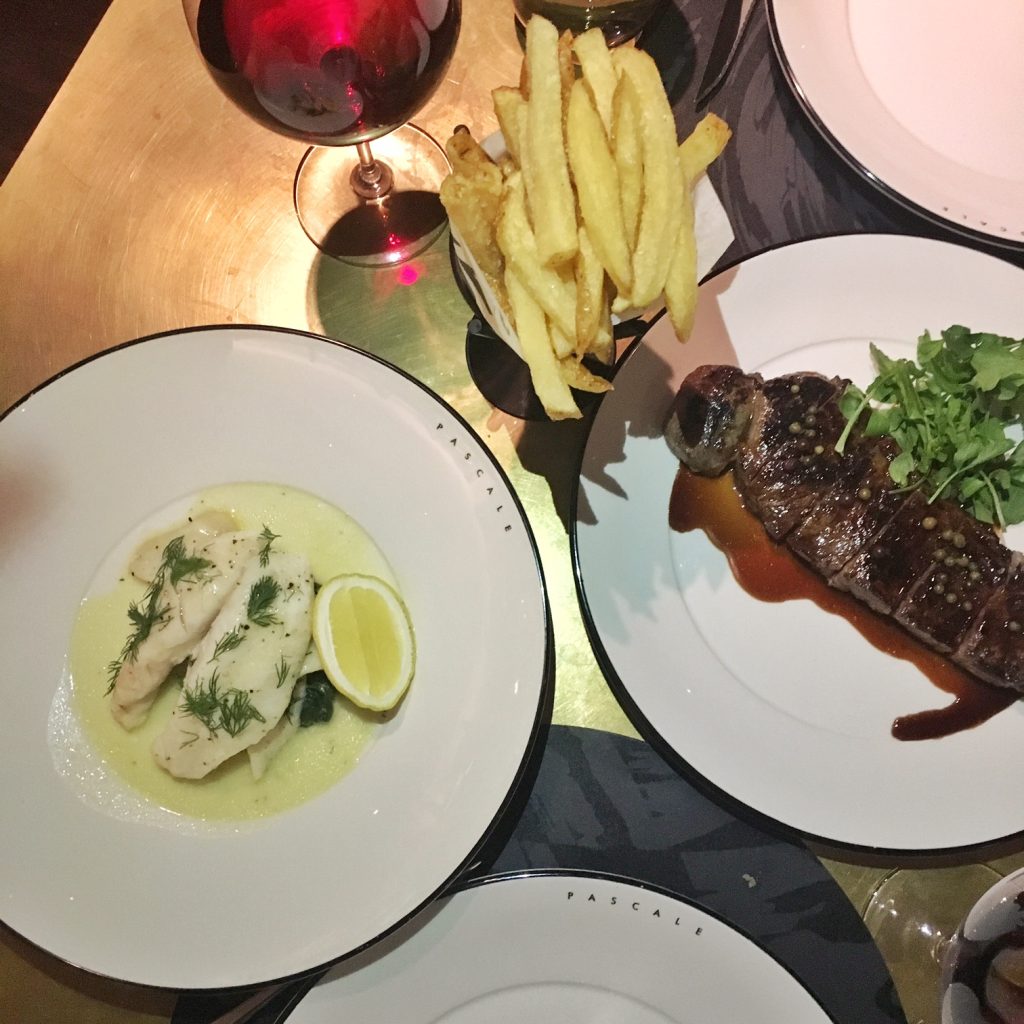 Dessert was a much simpler affair, well we thought as it landed on our table. We ordered the Napoléon Blanky which, on the menu, says it’s a Raspberries Mille-Feuille. So expecting layered pastry with raspberries, it was an utter delight to see this beautiful sheet of raspberry gel in a soft wave arrive our out table. It could be said that it was too beautiful to eat, but once we sliced into the raspberry layer at the top, we found the most delectable crisp pastry and cream underneath. Combined, it was the perfect mix of sweetness, tartness and crispness. One of the best desserts I’ve had in a while. 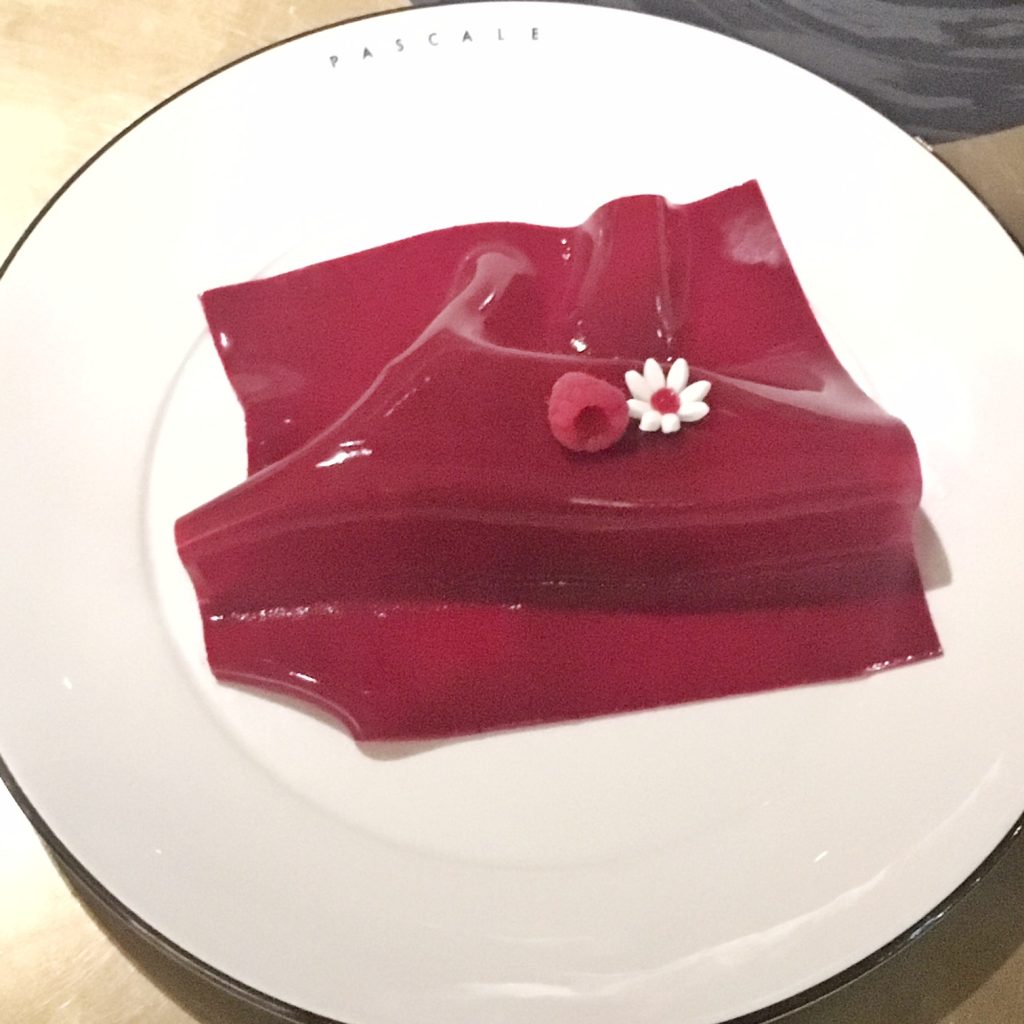 Pascale Bar and Grill represents a step up in hotel dining and is a great addition to the Melbourne dining scene. Head in for dinner or even a snack before or after drinks at the QT Rooftop bar!