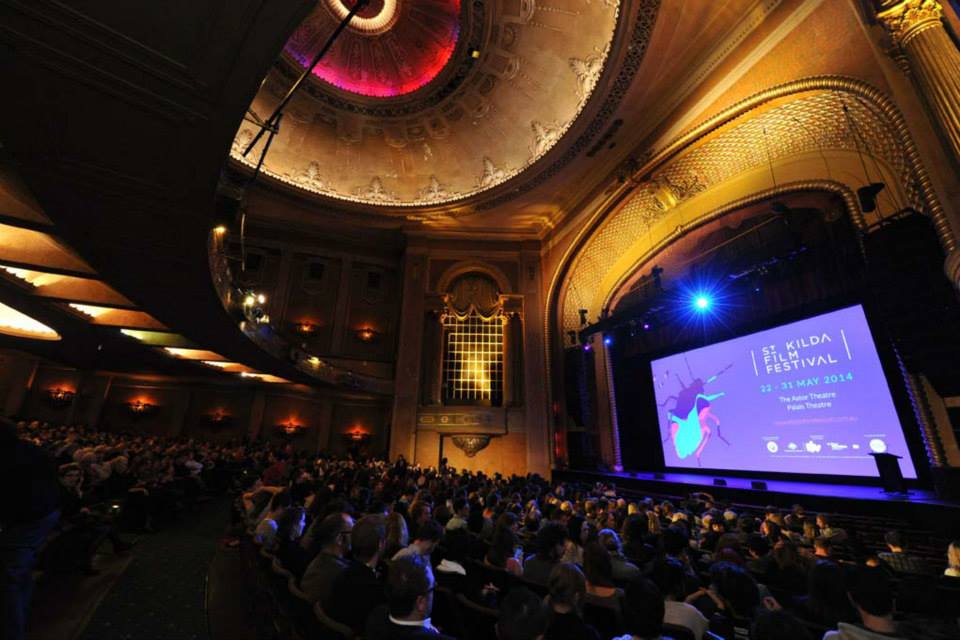 Known as St Kilda’s night of nights, on Thursday the iconic Palais Theatre opened its doors to more than a thousand, voyeurs, press, film buffs and film makers to open the St Kilda Film Festival.

Presenting nine short films to a rapturous audience, festival Director Paul Harris has worked on the festival since 1999, charmed the viewers with witty comments and clear passion for the festival.

The opening night previewed several carefully selected shorts including: Almost directed by Frances Anderson, a short about a tragic magnetic connection; Test Drive, directed by Lynne Vincent McCarthy and Possum, my personal favourite, in which a couple struggling with grief reconnect over the death of a possum.

The festival will host a closing night awards ceremony on Saturday 31st May, in which the best of the 2014 entries will be awarded over $40,000 in prizes, including the honoury prize of $10,000 for the Best Short Film. The after party will be held at St Kilda Town Hall.

The film festival is held over 10 day running up until 31st May, featuring Australia’s top 100 short films including shorts from Australia, International, Youth Programs, Music Videos, special screenings and events.

For more information on the screenings and special events head to: http://www.stkildafilmfestival.com.au