Following a spectacular opening night of Melbourne Spring Fashion Week last Saturday, the KEVIN.MURPHY styling team has continued to push the boundaries, creating a stunning look inspired by the 40’s for Designer Runway 2 on Wednesday 4 September. 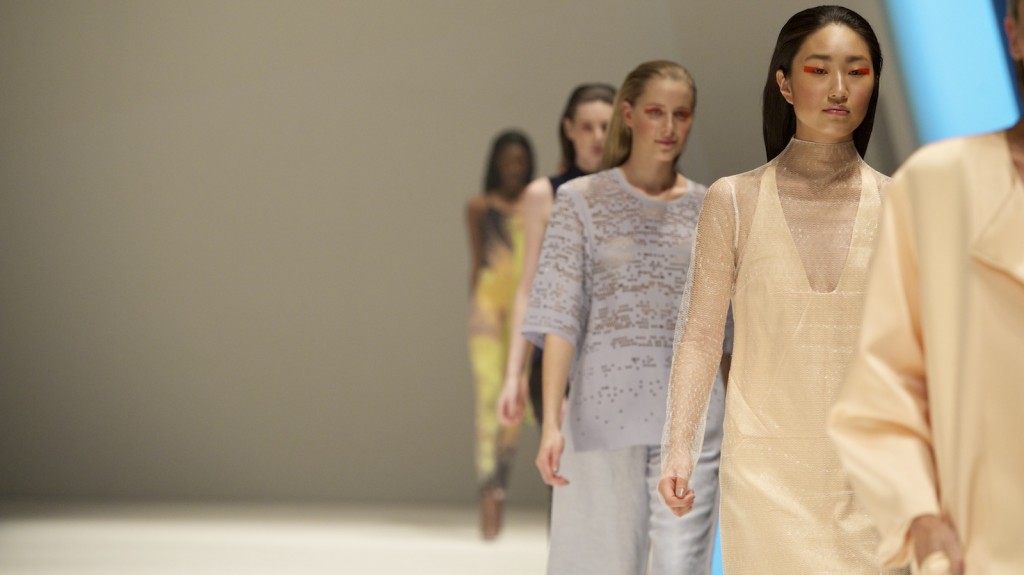 “We took ideas of the snood, and the way women wore their hair in the 40s, but modernised it by making the hair slick and flat against the head,” said Hair Director, Kevin Murphy. “The finished product is a contemporary twist on the 40s victory roll.” 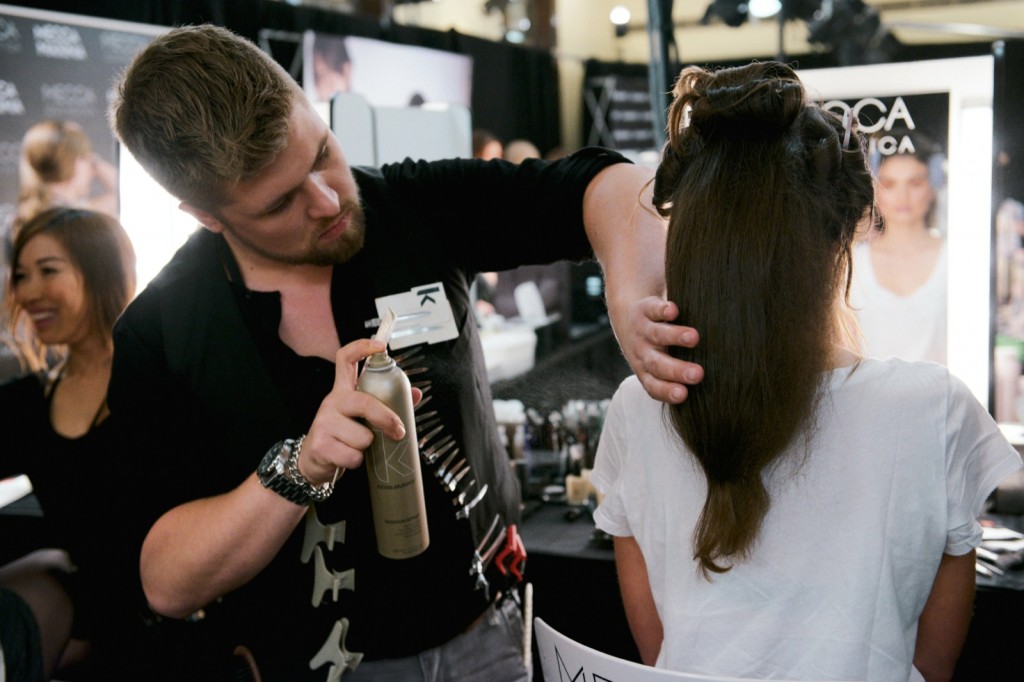 The quintessentially 40’s hairstyle worked flawlessly with the sharp silhouettes and clean design aesthetics showcased by some of the country’s most established fashion designers such as Manning Cartell, LIFEwithBIRD, Alice McCall and YB J’Aime. 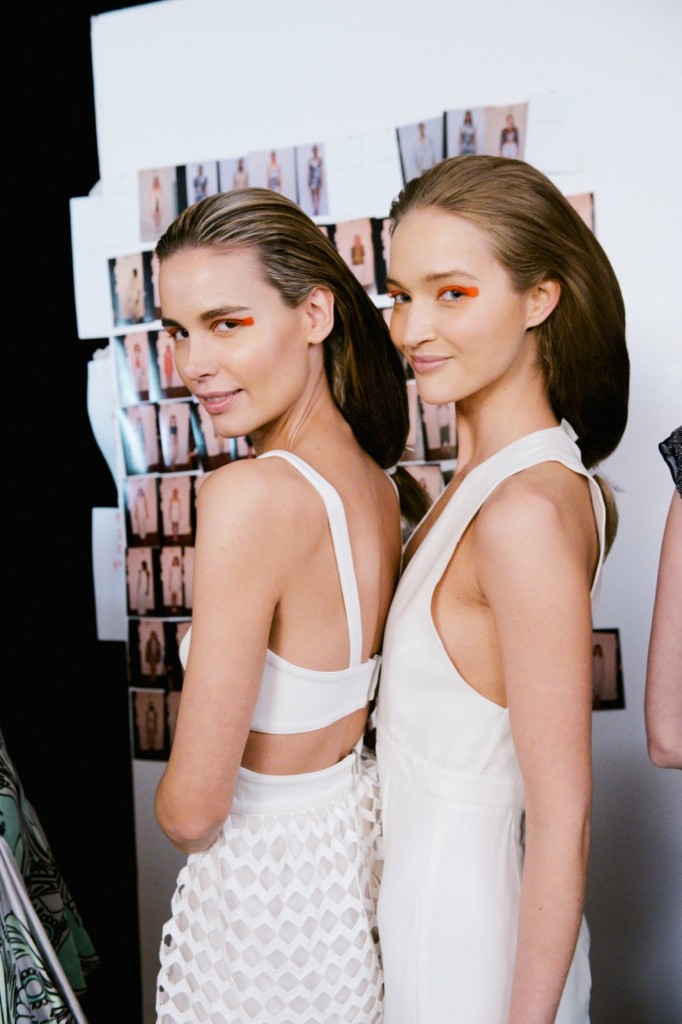 Mecca Maxima Makeup director, Kenneth Higgins created a focused look to complement the contemporary hair style created by Kevin Murphy. The make up look named Tangerine Dreams focused on a bright tangerine eye. The minimalist show featured on the graphic eye in a tangerine hue. Skin was kept simple and was  “generously refined and luminous”, creating the perfect background for the eyes, “making them pop”. 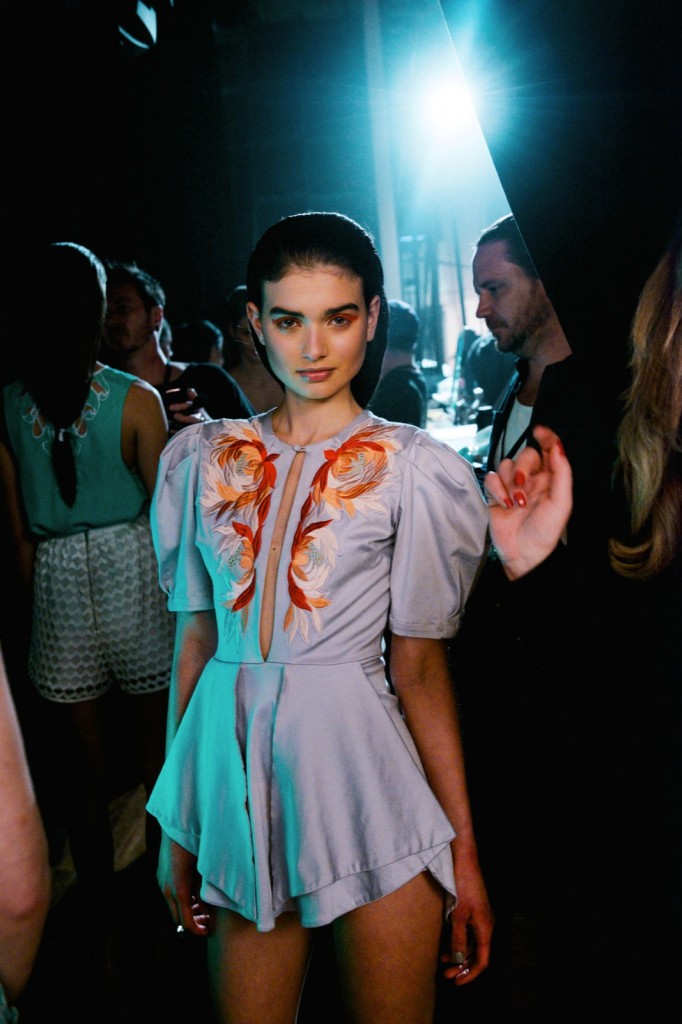 “The shape of colour is based off the natural contour of the model’ s eye to creates a fluid look and then extends to a graphic hard edge (rather than a winged eye) for a modern, minimalistic finish.”