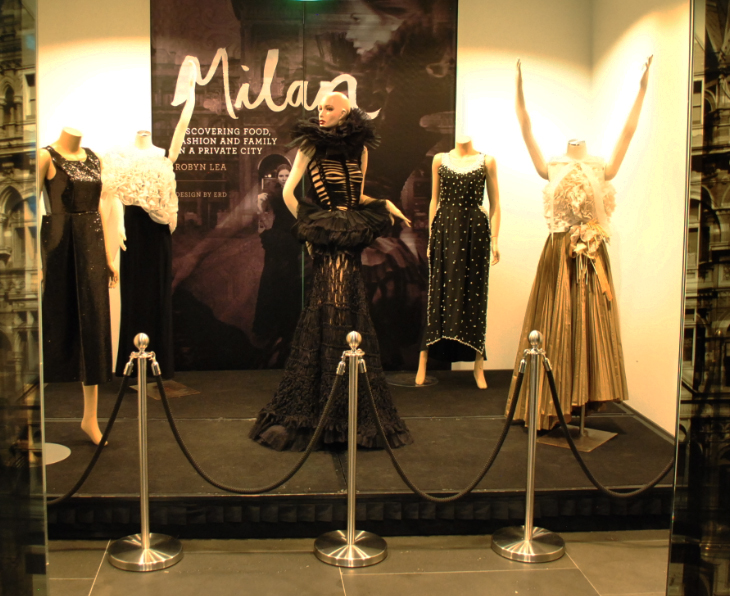 Rainy weather didn’t dampen the spirits of fashion loving Melbournians who braved the cold to celebrate the launch of photographer Robyn Lea’s book, Milan: Discovering Food, Fashion and Family in a Private City.

Lea is traveling the globe to launch the Milan Book with a series of events in Milan, London, Melbourne and New York, the four cities around the world which are at the forefront of Italian creativity, culture and style. Supported by Peroni Nastro Azzurro, this is giving Lea the opportunity to share her love of Milan with those around the globe who share her passion for all things creative.

Lea grew up in Melbourne, moving to Milan at the age of 18 to pursue her dream of becoming a photographer. It was there where Lea’s love of Milan began. Through her work a photographer, Lea was able to forge lifelong bonds with the city’s most prestigious art, high fashion and design institutions and personalities. Inspired by the beauty of Milan and all its people, Lea set about creating a book which celebrated Milan’s tradition, culture and creative talent. Lea’s Milan Book has been 5 years in the making but is certainly worth the wait. Lea’s book opens the door to the often fiercely private world of some of Milan’s most iconic cultural figures, often impossible to access. She has captured some of the world’s most beautiful fashion in hidden buildings all around Milan. She has also shared her secrets about the best places to immerse yourself in Italian culture. 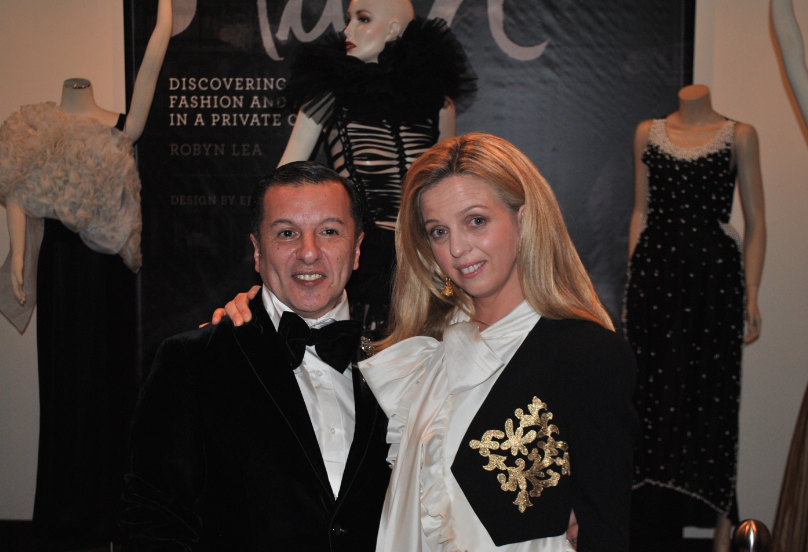 The Melbourne launch of the Milan Book was organised by the creative duo behind Madam Virtue & Co, JC Lloyd-Southwell d’Anvers and Dean Hewitt, which is one of Australia’s top resources for archival and new couture pieces.  Pieces from Madam Virtue & Co’s collection sit beside designs from some of the world top designers in the Milan Book, which is a great honour for the pair and a testament to their influence in the fashion world.

To celebrate the launch of the Milan Book in Melbourne at the InterContinental Melbourne The Rialto, the Gianfranco Ferré Foundation provided a number of alta moda pieces on loan which feature in the Milan Book. Known as the architect of fashion, Gianfranco Ferré was awarded the highly acclaimed Italian fashion award ‘L’Occhio d’Oro’ six times during his life, more than any other Italian designer. 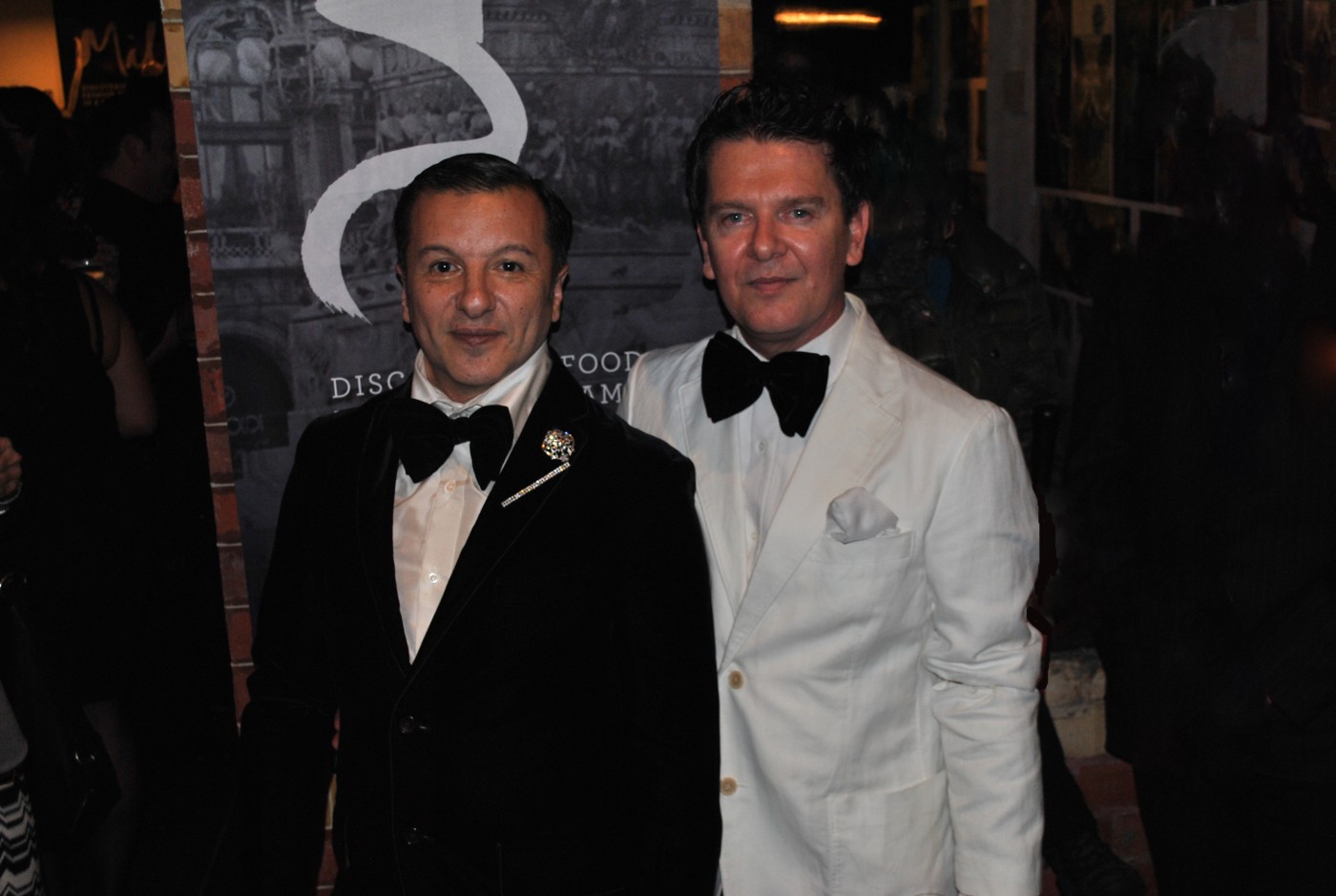 This is the first time that Gianfranco Ferré‘s pieces have been exhibited in Australia. The stand-out piece which features on the book’s front cover, is a gown of black silk organza, made of knitted bands, a body in white silk tulle with tone-on-tone thread ‘arabesque’ embroidery and a ‘warrior’ inspired color of embossed and perforated golden metal.

To also celebrate the event, perfumer Emma Leah and Robert Luxford from Fleurage Perfume Atelier developed a series of signature ‘Milan’ scents especially for the book. Guests were also given the opportunity to play with the different notes and create their own unique scent.

Guests were treated to a range of Italian hors-d’œuvre and wines as they were able to view a selection of pages from the Milan Book and have their own copy of the Milan Book signed by Lea. JC Lloyd-Southwell d’Anvers opened the evening’s proceedings by giving some background about the Milan Book. Mr Luca Sorgi, Charge d’Affaires at the Embassy of Italy in Australia was also on hand to talk about the Milan Book and the importance of supporting the great work of creatives such as Lea. Lea then spoke about why she was inspired to make the book, and the process undertaken to create her labour of love.

Talking about her inspiration for the book, Lea said “Milan’s creative soul lies tucked away in courtyards, behind gated streetscapes and inside anonymous buildings with nondescript facades that very few people ever get to see. This book for me is about sharing some of the moving and important experiences I have had in Milan, with people that are at the forefront of creativity, design and innovation in these hidden personal spaces.”

The Milan Book is available to purchase from Madam Virtue & Co at 5 Crossley Street, Melbourne. You can visit the Milan Book website for more information.