She’s already dating Aussie muso Cody Simpson, and it looks like the Australian connections don’t stop there for Gigi Hadid, with the Palestinian/Dutch stunner just named as the new face of Seafolly.

Fresh from being revealed as the newest ambassador for Maybelline, Hadid shows no signs of slowing down in 2015, the Seafolly campaign, just one in a number of high profile jobs Hadid has landed. 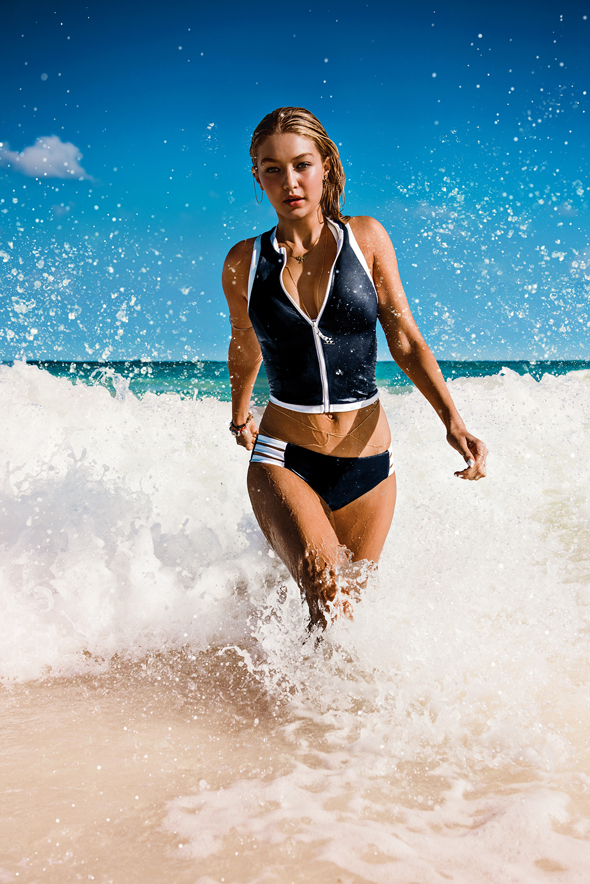 Speaking about her latest appointment, Hadid said, “I met a few people from Seafolly when I was in Australia for the Melbourne Cup horse race. We had a little fitting, and then I met them in Tulum for the shoot, which was so beautiful. It was my first time there.”

The collection is aimed at the active girl. The girl who wants to swim in the waves and not worry about her top falling off. Think sports luxe inspired triangle tops, maillots, rash guards, and high-neck tanks.

So which pieces are her favourite from the new collection? “A few styles are neoprene, so they kind of feel like wet suits,” Hadid said. “It’s actually really nice in a swimsuit. It supports better. There’s this cropped shirt that zips up the front and I felt like a Bond Girl in it,” she added. “And this high-neck tank has a really cool black-and-white pattern that looks great with a tan.” 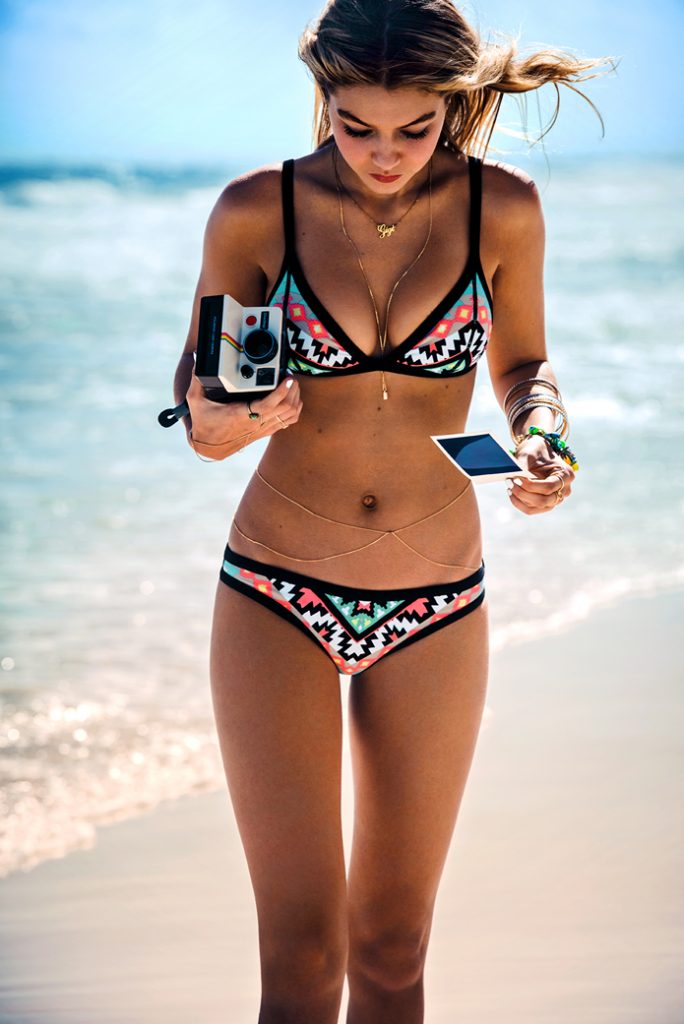 So with swimsuit season in Australia well under way, what are Hadid’s tips for finding the perfect swimsuit? “The most important thing is finding what makes you feel confident.”