I love that you are Australia’s only Ethiopian comedian! Tell us a bit about your background and how you got your start in comedy? How did you know it was your calling?
Yes! I am Australia’s only Ethiopian comedian. Prior to comedy, I was a Business Home Lending Manager for Bank West. I was two years into comedy when I resigned from banking to pursue comedy full time. It was one of the scariest decisions of my life, considering the earning potential in my banking position was $100k+.

After resigning, I toured North America, mainly Vancouver and Montreal, for the Just For Laughs Festival in Toronto. It was there that I was selected as one of the top six comedy shows to watch, with American superstar comedian, Chris Rock picked as number one. This was very flattering and encouraging considering I was miles away from home and my family. In Toronto, I had the opportunity to perform in front of four to five thousand Ethiopians for Ethiopian New Year at Christy Park. I had so many doubts in my head but I just kept telling myself it was fear of the unknown that was trying to turn me back, and just like that, I had a moment in Montreal where I looked up at the Just For Laughs Industry Award Night and a metre or two away in front of me was Jim Carey, my inspiration, and host of the Daily Show, Trevor Noah and many other A-List Hollywood stars! For a moment there I knew I was on the right path. I said one day this boy from little old Perth, Australia will be getting an award on that JFL stage, but for now I need to get back to work and never forget this moment, and I never have!

How did you get your start in comedy?
Throwing myself into the unknown and finding my way out has been the best for my personal growth and has enriched my talent. I have applied this method of thrusting myself into the unknown and managing my fears while I discover more to life and learning from it, ever since my ten-year relationship ended, around five years ago, with my ex-fiancé. The relationship ending has been key in helping me venture into the unknown and discover my purpose, which is making people laugh and using comedy as a tool to empower my humanitarian side. I always say I am a humanitarian first and a comedian second. Comedy is not who I am, but it is a talent I was blessed with. When my ex-fiancé ended the relationship, I was devastated. It was the worst mental blow I had ever taken, and I had no idea how to handle it and I was slipping into depression. I was having suicidal thoughts on a daily basis. I would laugh, smile and always dressed well on the outside but on the inside, I was dying.

I didn’t know how to deal with it and in a small way I was embarrassed to ask for help. Most nights were spent, in tears and asking myself, why? What do I do now? What is the meaning of my life? However, the question that sent me on a path of soul searching was what is my purpose? I read over 10 books in one year to find the answer and along the way I paid attention to what was making me happy and what made me feel alive and wanting to do it again and again and that was the way I made people feel.

Every single person I encountered on my day to day life made me feel a certain way but I was somehow in charge of how they made me feel and this was the smile I put on their faces by telling them a joke or being kind to them or paying them a compliment. I noticed this made me want to get up every day and do it again and again and I said to myself there is your purpose, your purpose and your legacy is to make as many people as you can happy and change this world for the better. When you suffer so much the last thing you want is for others to suffer and so you do your best to end as much suffering as possible. Making people happy, doing kind things for people and helping others where I can is my legacy and purpose. I use comedy to do on mass. Comedy is my secret weapon to achieve my purpose, my end goal. 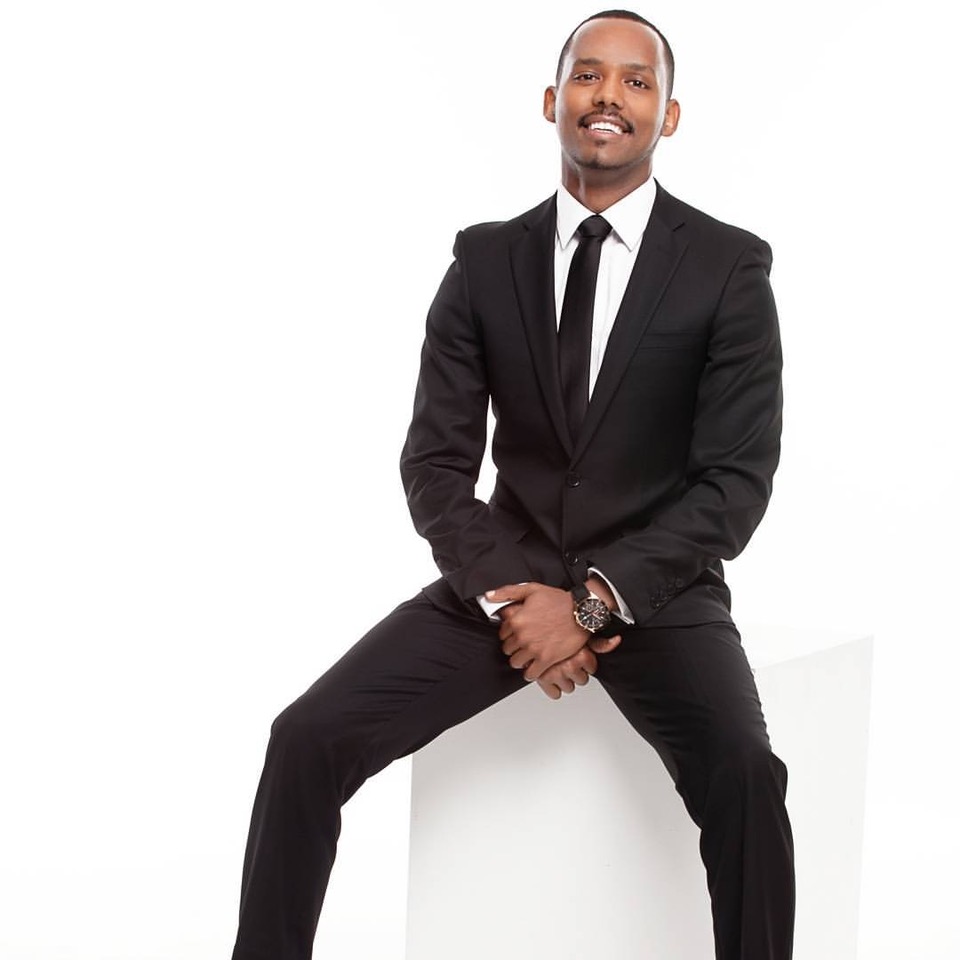 You’re participating in the Melbourne International Comedy Festival this year with your show Ethiopian and Still Not Hungry. Tell us a bit about your show and what we can expect to see.

My comedy is based on my life experience. I take you on a journey using comedy to give you an insight into the many lives I have lived including being a refugee migrant, homelessness in Sudan, being one of six children raised by a strong, resilient single mum who is very religious. Also, moving to Perth without a word of English and seeing my first Caucasian girl in person at the age of 11 (my neighbour) and falling in love with her. Her name was Fiona I will never forget her. She knew I didn’t speak a word of English but still hung out with me and taught me how to roller-skate, ride a bike and gave me my first Aussie kiss! I was so in love that I was mad at my mother that we didn’t move sooner. I also talk about the 10 different jobs I have done since moving to Australia, the challenges I faced and continue to face helping my traditional mother transition into the Australian way of life, for example helping her understand why the government gives away free money (concept of Centrelink). You will have to come to the comedy shows to hear this bit!

You work with the Katina Woodruff Children’s Foundation. Tell us a bit about the foundation and what you do as part of your work for them?

Katina is a child anthropologist, and I am very honoured to be an ambassador for the foundation. They work with children who have had a traumatic immigration experience – these children come from all over the world including Ethiopia, Eritrea, Congo, Burundi, China, India and Afghanistan. They do this by working with the children family, friends, school and community to help the children understand that they are safe, they are in a land where they can be whatever they want and that it’s ok to dream big and be a playful kid again.

Their work resinated with me as I came from a terrible situation in Sudan and it took me a while to understand that it was different here and that I was safe and could achieve anything I wanted to. I wish I had the help of the foundation when I arrived, maybe then I would have accessed my comedic talent earlier instead of at 29 years old. As part of my work, I donate to them through my shows and let people know about the fantastic work that they do. I attend their annual meetings and listen to the amazing work that they do. I catch up with Katina for a cup of tea when I am in town and she walks me through the foundation’s work, what they are up to and the impact they have had in the community. I see this as a blessing for me to be in a position where I can help. 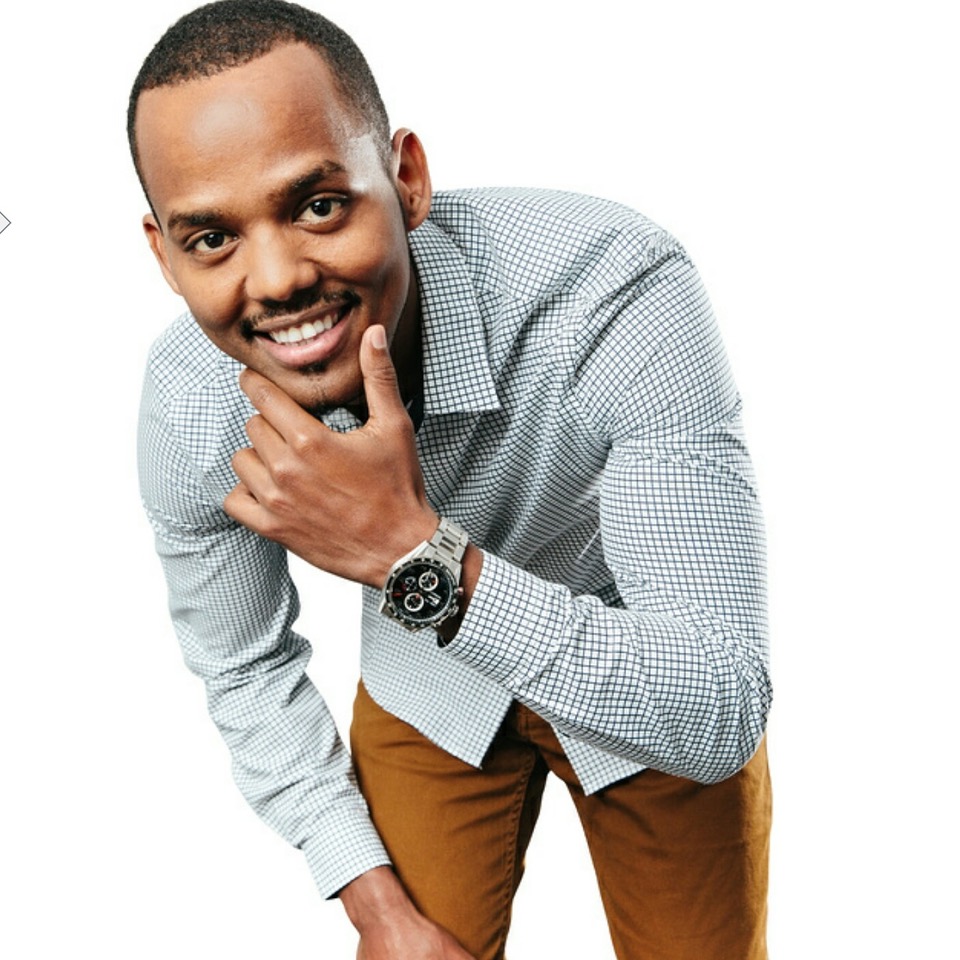 At first, I was like, I don’t know anything about cyber security, but I accepted the challenge to be able to use comedy to educate the public and myself about its importance. To be honest, the only time I claim to be hacked is when my mates look at my Google history or when my mum sees the Tinder app logo on my phone and I am like, “Well look at that, someone has hacked my phone and started a Tinder profile on my behalf!”

I had to do a lot of research about cybersecurity, Kaspersky Lab and write material to be performed at my live festival shows and so far, it has been going great! A lot of the comedy punters who come to the shows have been leaving with a lot
more knowledge on cybersecurity and Kaspersky Lab prior to them coming. Many have provided me positive feedback and are actually aware of Kaspersky Lab so it has made it easier to address. It has truly been a fascinating project to work on and I am very grateful for it.

What’s next for Joe White?

At the end of the year I am looking to film my first comedy special at my favourite comedy venue in Perth, Comedy Lounge WA. Once the special is filmed it will be pitched to ABC Up Late, Netflix and my mother. I have had the opportunity to film TV pilots and TV auditions, so this year is my year to hopefully pop up on your TV. This is my main goal for 2019 – to make my first Australian TV appearance. It’s a big dream but I have always been a big dreamer and backing it up with hard work and gratitude is the reason I am where I am and there’s no reason to stop now. I have my mum’s blessing
and this alone is enough to empower me to make my dreams a reality.

You can see Joe White at his show as part of the Melbourne International Comedy Festival, Ethiopian & Still Not Hungry. Buy your tickets here