Mercedes Benz Fashion Week Australia kicked off in spectacular style with one of Australia’s iconic designers, Carla Zampatti showcasing a beautiful range of stunning pieces on the runway. 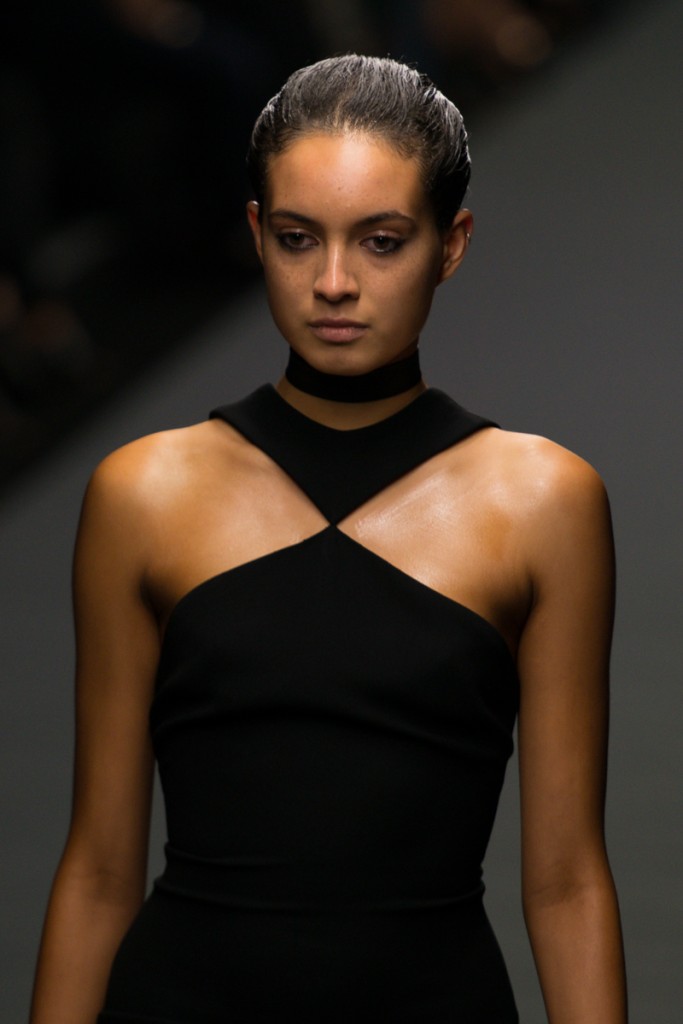 Image by Matthew Raabus from Mirar

Couturing went behind the scenes to get behind the look created for the show by the master minds at Redken and Maybelline New York. 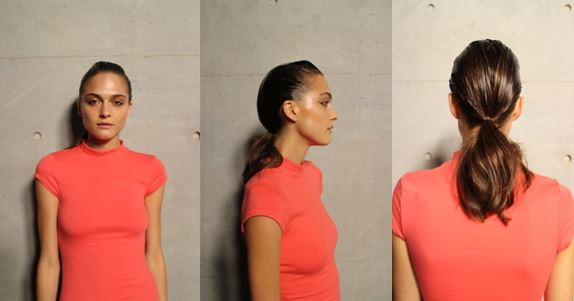 Nigel Stanislaus from Maybelline New York created a beautifully modern industrial look for the show. In his words, the look was “sophisticated and minimal….simple clever and smart” using minimal foundation and using a contour stick to create light and moistness to the look. The show featured bright low industrial lighting down the runway to create a futuristic industrial feel. 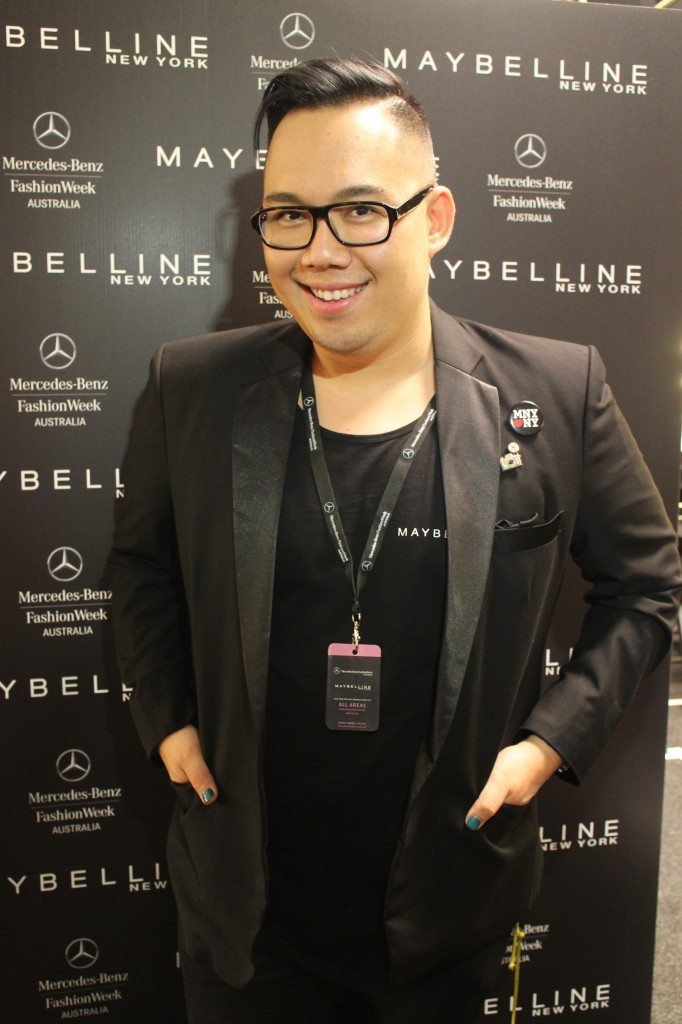 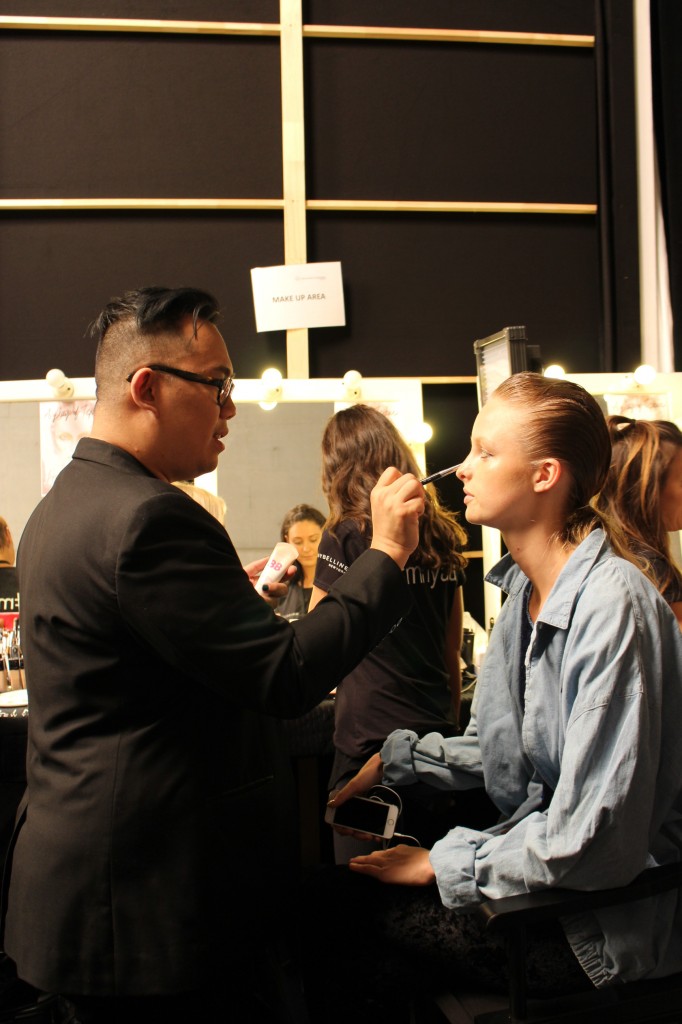 The overall look, Nigel said was “understated but still with impact” and “showed glowing luminous skin whilst playing with texture and sculpture”which is exactly what it was down the runway!

Darren Borthwick, Hair Director for Redken Australia created a sleek and stunning look for the runway. The brief was for a slick and sculptured look with a play on light. 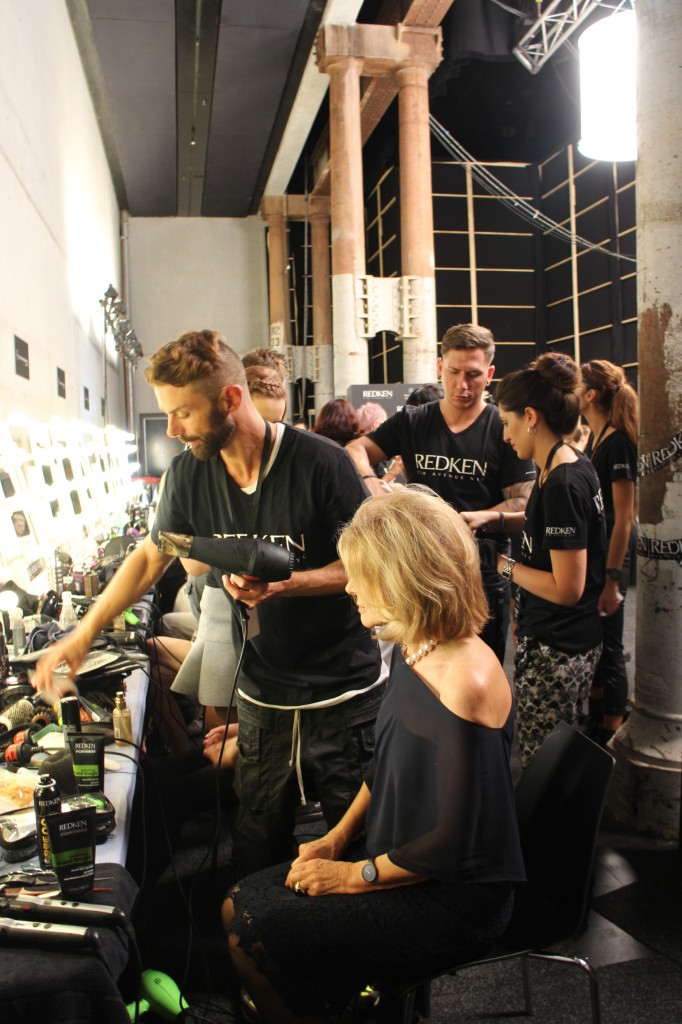 “For this hair look it was all about making the hair ultra, ultra shiny.  To get that effect I mixed a gel and Redken Argan-6 Oil to create that high shine factor,” says Darren Borthwick.  “I also really wanted to play with the light that featured on the runway.  I wanted to create something quite graphic and slick that played on the light.  I worked really closely with Carla on this look and personally, I wanted to make something that was quite different,” continued Borthwick. 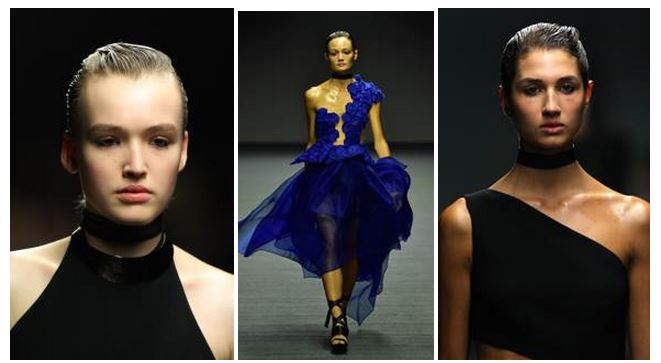 Redken for Men Stand tough gel was used as it was pliable but with strong hold. Combed into a low pony tail, the look was finished with a spray of Redken shine flash 02 glistening to give it shine as the models’ walked down the runway.