To mark World Refugee Day, Highpoint Shopping Centre will rally behind the Asylum Seeker Resource Centre (ASRC) to support its Telethon on Wednesday 20 June 2018. Highpoint is partnering with the ASRC to help raise funds, and empower people seeking asylum – celebrating the strength and resilience of refugees.

Highpoint’s goal this year is to unite its shoppers and raise $10,000 for the Telethon. To support the initiative, Highpoint will match, dollar for dollar, the funds raised by its customers donating up to an additional $10,000. Customer donations can be made through Tap n’ Go donation stations installed at its customer service desk and at key participating retailers, from Monday 18 June to Saturday 30 June to align with the ASRC’s Winter Appeal. 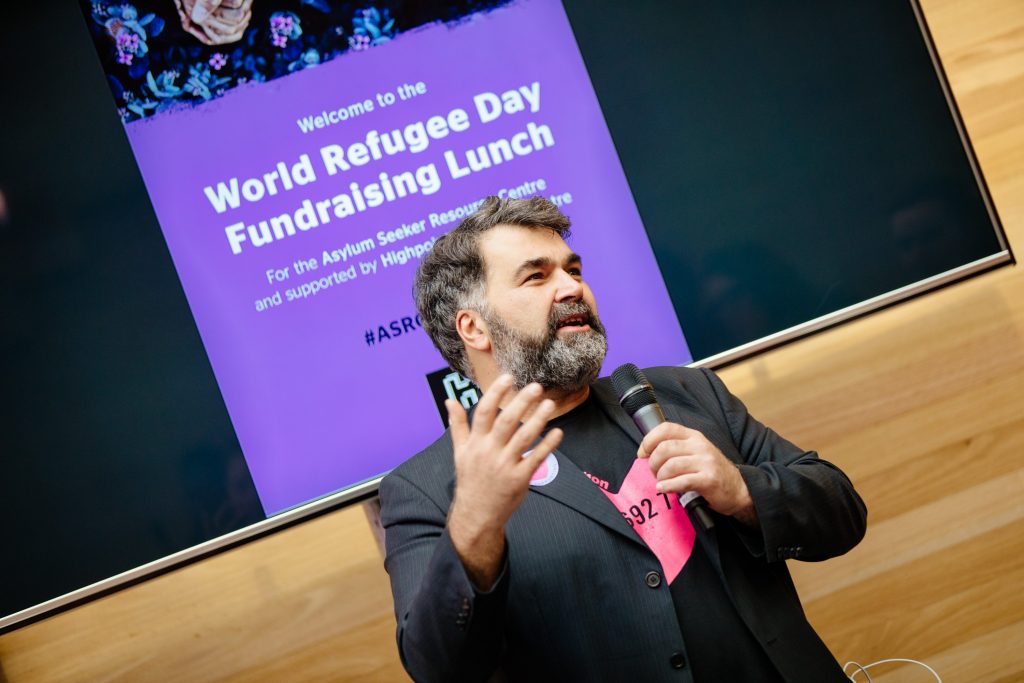 In 2018, funds raised from the ASRC Telethon will be used to provide food, housing, medical care, employment support, legal aid and advocacy to close to 5,000 people. The ASRC hopes to surpass last year’s total and secure in excess of $660,000. “I’m so proud to partner with Highpoint for a second year. Highpoint’s support sends a welcoming message to its customers including our newest Australians, explaining they are safe and can call the West home”, says Kon Karapanagiotidis, CEO of ASRC.

“We are proud to support the Asylum Seeker Resource Centre again this year, and we hope visitors to the centre will help raise funds to support the great work it does,” says Ryan Ling, Centre Manager of Highpoint Shopping Centre.

Founded by Kon Karapanagiotidis in 2001, the ASRC supports and empowers close to 5,000 people seeking asylum and refugees each year. The ASRC launched its Telethon event on World Refugee Day in 2016 as a new initiative for the general public to pledge and support the work of the not-for-profit organisation, raising $285,000 in its first year and an incredible $660,000 in 2017.