Yoko Ono is a fascinating character in her own right. Wife of John Lennon, artist and musician, her latest exhibition at The Museum for Contemporary Art in Sydney features her work from over the last five decades including her infamous “Mend Piece” from 1965 and from 2001, across large video screens in the entrance to the exhibition.

Featuring themes of loss, conflict, humanity and world peace, the exhibition allows for audience participation including taking a piece of the sky from soldier’s helmets, writing a message of love to your Mother, mending pottery with twine whilst being asked to think about the world healing, stamping peace onto giant maps across a floor and a letter writing station in which you are asked to write down a dream and place it in a suitcase. 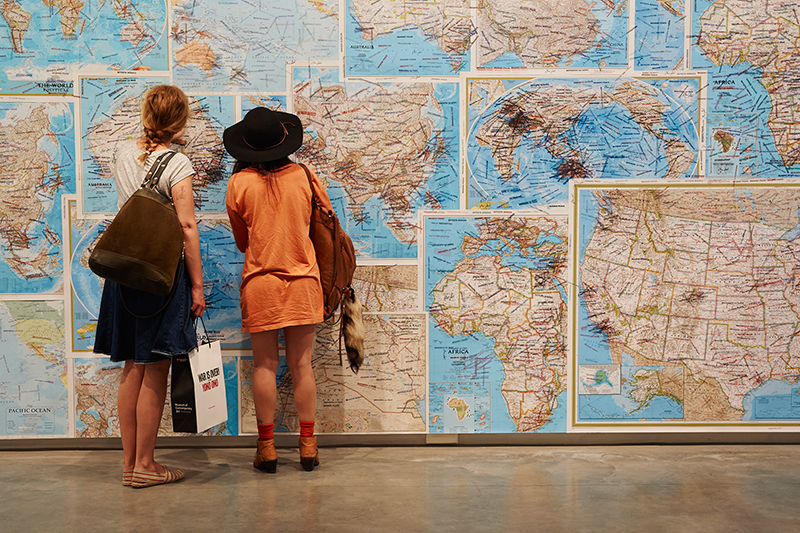 A sentimental insight into Yoko’s art, it also features almost an ode to Yoko and John, their music together and video documentaries spanning from the fly video to a portrait of John’s face. A calm and peaceful show which includes sculpture pieces, immerse installations and written texts with a combination of personal and politicial messages. Viewers are also given the opportunity to play chess with a stranger in matching white pieces with the aim that as the game gets closer, the competition is ruled out to peace with neither player knowing which pieces are theirs, a metaphor throughout the show.

The exhibition runs in the heart of Sydney’s Rocks until 23rd February 2014.

We’re all water in different containers

That’s why it’s so easy to meet

But even after the water’s gone

We’ll probably point out to the containers

And say “that’s me there, that one”