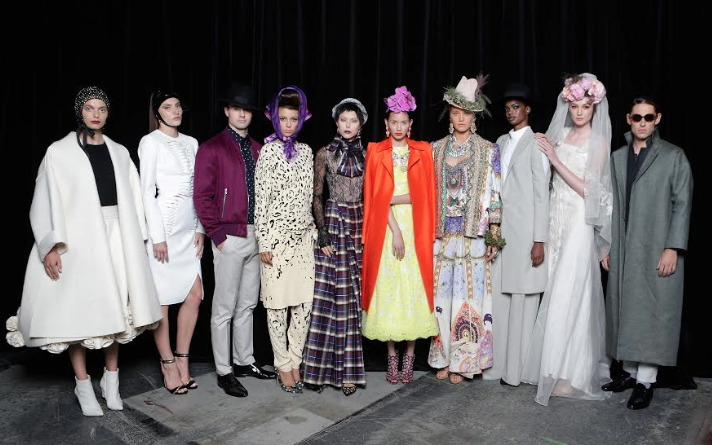 Last week marked the official launch of the 2014 Melbourne Fashion Festival. Next year’s festival sees new naming rights partner Virgin Australia come on board to support the Festival, which has become one of important events on Melbourne’s fashion calendar.

Held in Studio One, Docklands, the campaign launch focused on stimulating the senses of the guests. The darkened warehouse space focused attention on a lit up catwalk. The night was opened by VAMFF’s CEO Graeme Lewsey, who spoke about next year’s new campaign concept.

The 2014 campaign centres around the concept of See.Feel.React. It focuses on ‘you’, the consumers of fashion, in the picture to capture the moment when your sense are positive stimulated. The new campaign images were captured by leading Australian photographer Georges Antoni and styled by Mark Vassallo, and feature a series of front row portraits, capturing guests when their senses are heightened while watching a runway show. 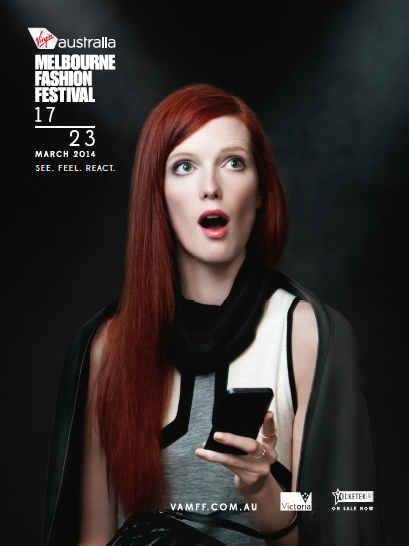 Guests were treated a a runway show, featuring some of Australia’s top and emerging designers. Special guests such as Yeojin Bae, Thurley designer Helen O’Connor, Alpha60 designers Alex and Georgia Cleary and celebrity guests such as Natalie Bassingthwaighte and Kiyomi Vella mingled with media, as they took in the new VAMFF experience.

During next year’s VAMFF, over 100 established and emerging designers will showcase their designs on the runway. The introduction of Virgin as a key sponsor will see the introduction of the fly in and shop initiative, which is designed to entice and engage interstate and international visitors to come and be a part of the festival.

Some of the key highlights of the Festival’s cultural program include the Fashion Film Series which showcases a great mix of inspiring fashion movies at Australia’s famous ACMI. The Windows By Design project presented by the City of Melbourne is designed to stimulate the sense by incorporating exciting art installations in windows all across Melbourne.

The National Design Awards presented by Tiffany & Co and Harper’s Bazaar will continue to encouraging emerging fashion talent in Australia, and this year, the National Graduate Showcase, one of the highlights of the Festival will see new sponsor Target, come on board to help support the future of Australian fashion.

The festival will run from 17-23 March 2014 and a diverse range of free and ticketed cultural activities will run throughout the entire month of March. You can already get your tickets through Ticketek or online at the new Festival website VAMFF.com.au.