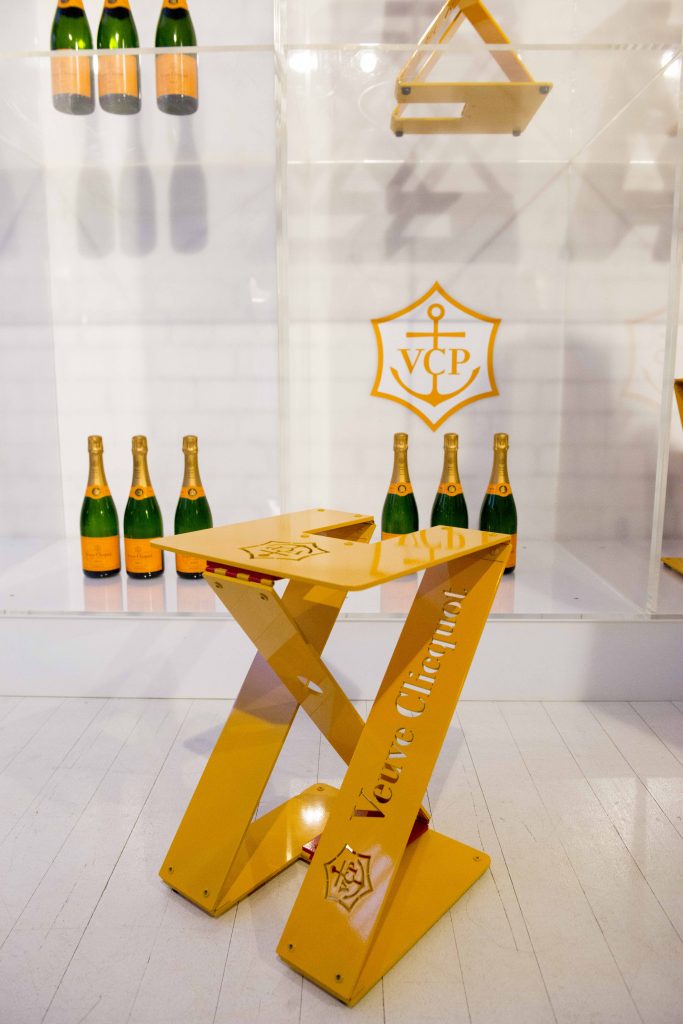 This week, Wednesday shone bright in Melbourne with the launch of a special collaboration between Veuve Clicquot and leading Australian designer Adam Goodrum. The collaboration has created a limited edition design piece inspired by the iconic champagne house, the ‘Riddling Stool’.

As part of his creative journey, Adam travelled to Reims to visit Veuve Clicquot’s Hôtel du Marc, where he experienced the rich history and heritage of the champagne house; from the cellars to the vineyards, and from the eighteenth century Maison to the modern-day installations by such design icons as the Campana Brothers. It was walking through the ancient chalk ‘caves’ that Adam came across the famous riddling table invented by Madame Clicquot in 1816, a design innovation that forever changed the way champagne was made. 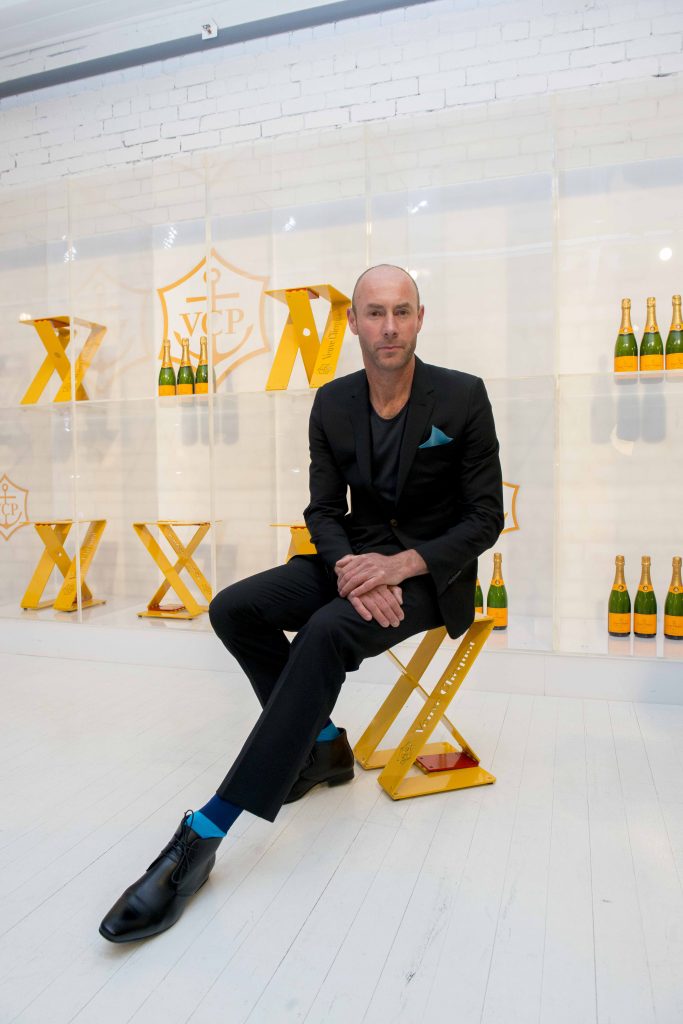 Initially created with a table in her kitchen, Madame Clicquot cut circular holes in the structure to allow the bottles of wine to be stored at an angle. She believed, rightly, that strategically positioning the bottles would force the sediment into the neck, making it easier to extract. This process, called ‘riddling’ after the unique angled holes, involves regular turning of the bottles to gather the sediment and is, to this day, a core technique used by all Champagne houses to create the crystal clear wine we know as champagne today. For Adam, one of the pivotal moments in his journey was observing firsthand the evolution of the design of the riddling table over time, from its origins as a horizontal table through to its later more compact vertical structure, allowing it to be placed against a wall.

Adam Goodrum’s Riddling Stool takes its inspiration directly from Madame Clicquot’s innovation, and is an avant-garde take on the riddling rack. The stool is a sleek, perfectly balanced structure which, as with all Goodrum’s designs, is extremely functional. This space-efficient design is highlighted in Adam’s creation, which can be packed flat and fastened to a wall. The ‘Riddling Stool’ is an essay in design purity, at once modern and simple and at the same time referential and complex.

Says Adam of his new take on a traditional Clicquot design: “I’ve been a bit obsessed with things that fold ever since I was at university and studied the works of Alexander Calder, an American sculptor who created the first mobiles. I love the simplicity and purity of a design that can reduce from three down to two dimensions. And I was blown away by the way design has influenced the production of champagne at Veuve Clicquot, and the powerful legacy of Madame Clicquot. Seeing that early riddling table was a revelation.”

Says Julian Ceder, Veuve Clicquot’s head of design: “Veuve Clicquot has strong ties with the world of innovative design and has previously partnered with such global icons as Tom Dixon, Andrée Putman and Karim Rashid. This is our first Australian collaboration and Adam Goodrum’s ‘Riddling Stool’ is a stunning piece of design, very modern but also with a clear provenance. It will take pride of place at Hotel Du Marc alongside works by Pablo Reinoso and our creative family of designers.”

The Veuve Clicquot Riddling Stool will be on display at CULT design throughout August and September.

The limited edition item will also be available to purchase for $600 at Moët Hennessy Collection. Visit  www.moet- hennessy-collection.com.au/adam-goodrum to buy and for more information.