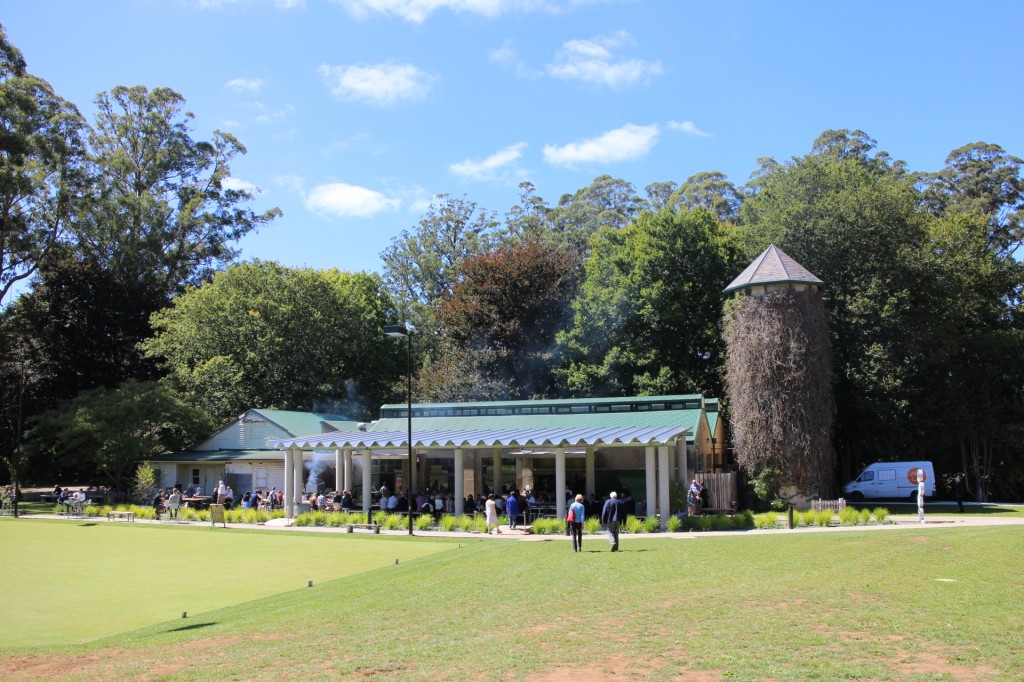 To celebrate the upcoming truffle season, the team behind Truffle Melbourne kicked off its 2015 list of activities with a lunch last month as part of the Melbourne Food & Wine Festival. Held at the Piggery Cafe at Burnham Beeches in Sherbrooke, the lunch brought together truffle afficianados who were treated to a serious lesson about truffles from Truffle Melbourne founder, Nigel Wood, taken on a tour of the Truffiere on the farm and then served a decadent three-course meal created by renowned Vue Group Chef Chris Bonello, with wines paired by Vue de Monde Sommelier Rocco Esposito.

Last year’s inaugural Truffle Melbourne brought together some of Australia’s finest producers of truffles and truffle related products to truffle lovers at Melbourne’s Caulfield Racecourse. This year the festival is bigger and better and the lunch at Burnham Beeches was just the beginning of a whole season of Truffle loving. 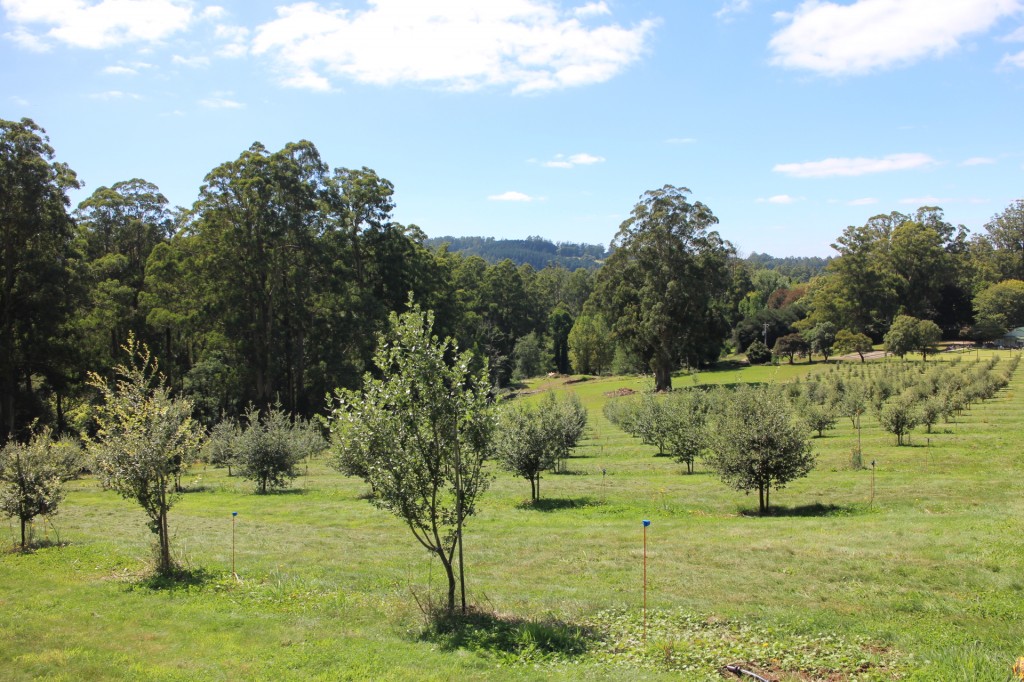 The significance behind the location out in Sherbrooke is that Burnham Beeches is home to one of Melbourne’s few Truffieres, an orchard that is dedicated to growing of Truffles. What makes it special is that the trees have been planted with their roots specially inoculated with French Black truffle spores in the hope that when the tree grow bigger, truffles will grow near the roots. 420 trees have been planted, specifically French Oak trees, that will hopefully give rise to truffles in 10-12 years. It’s not an exact science so when the Truffiere produced three truffles last Winter, it was exciting to know that there was some success in the work done so far.

Nigel Wood gave us some interesting insights into the world of truffles, things that I didn’t know before. For example, Australia is the fourth largest producer of Truffles in the world behind France (who are the biggest growers), Spain and Italy. The majority of truffles produced in Australia come out of West Australia in a place called Majimup about 3-4 hours south of Perth, where there are over 38,000 trees dedicated to growing truffles. Most of the Truffles that we produce in Australia goes to the USA and surprisingly, France, where our Winter offers up a second season of truffles to our Northern neighbours.

As we are not quite in truffle season yet (fingers crossed that there are more than three truffles found this year!), the majority of the truffles used in the lunch were from Europe. However it gave us a taste of what’s to come this Winter.

The bespoke menu showcased seasonal produce from Burnham Beeches’ vegetable gardens and incorporated truffles in every course – even dessert! 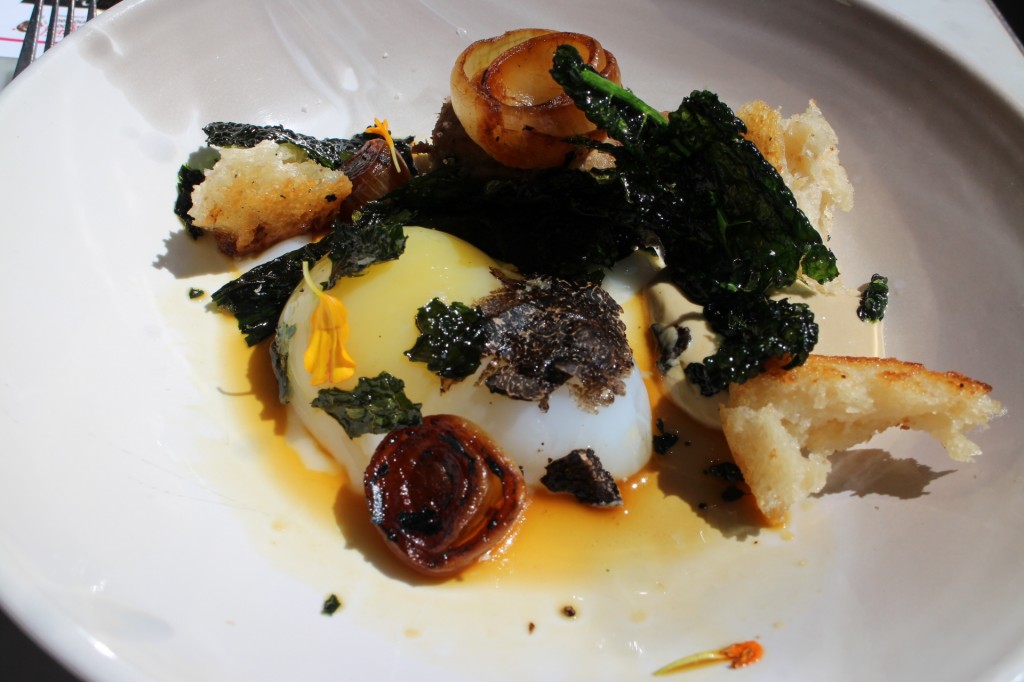 Entree was a Duck egg, onion, pork jowl, cep brown butter, kale and truffle. The egg was cooked at 55 degrees so that it was just cooked when it came out. Duck egg yolk is richer than chicken eggs, and it made this dish even more indulgent.  A beautiful combination of flavours and textures. 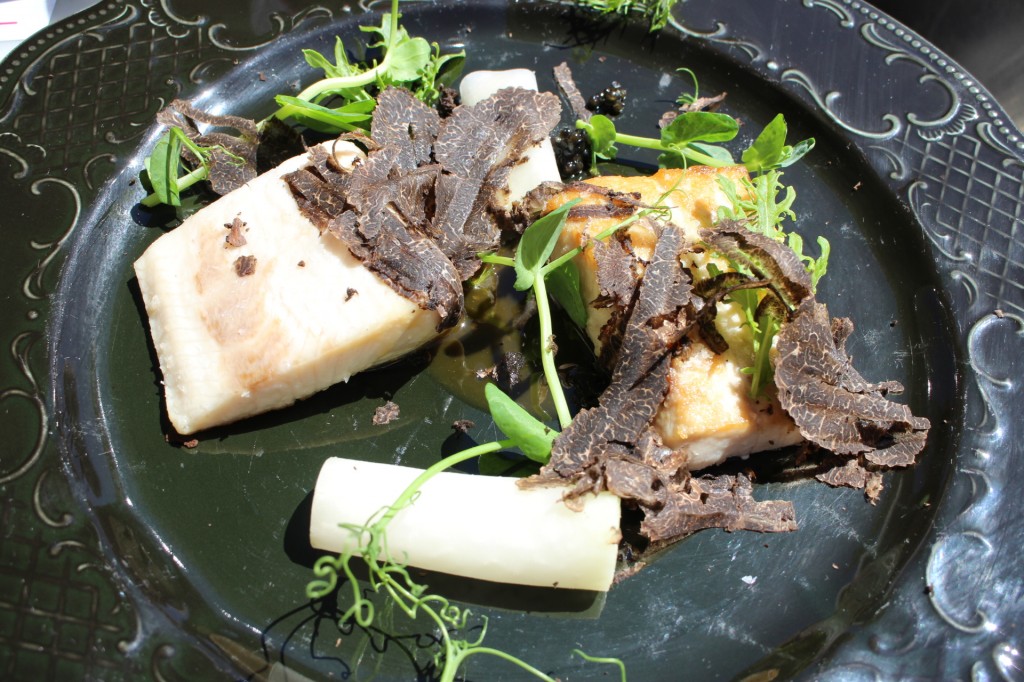 Main was Kingfish, babaganoush, kohlrabi, chicken glaze and truffle. I’ve had a bit of truffle in my time and never had it with fish. The lightness in taste of the fish was complemented really well with the truffle and fresh truffle doesn’t overpower flavours like the oil tends to do. A great contrast in flavours and textures which made it the perfect Main. 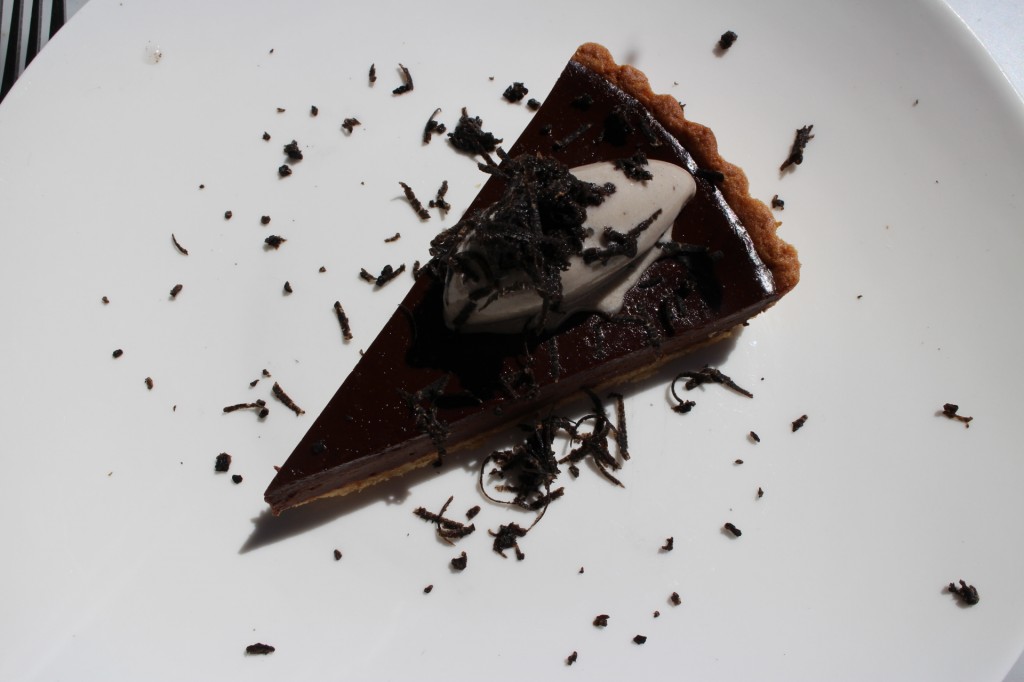 Now when I think of chocolate and dessert, I don’t think truffles. But this dessert certainly changed my mind about how truffles work with chocolate. This rich and luxurious chocolate tart was accompanied by truffle ice cream, which at first was a bit odd, but the more I had the better it tasted. With shavings of truffle as garnish, it’s surprising how much I enjoyed this dessert.

If you haven’t been to Burnham Beeches, it’s a beautiful place to visit. The Piggery Cafe is the perfect place to grab a bite to eat or enjoy a coffee or afternoon wine, and you can watch people play Botchi or Croquet. If you’re into animals, there is a piggery, an emu farm and chickens. It was the perfect place to enjoy Truffle Melbourne’s first 2015 event. 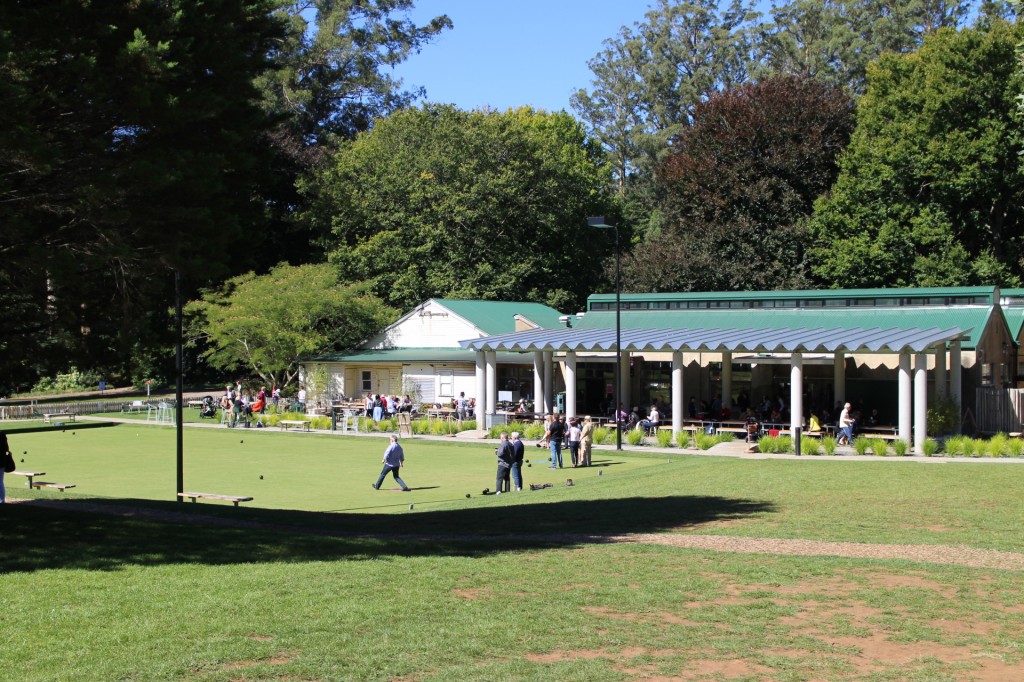 Now that I have a taste for truffles the year, I can’t wait for more! Next on the Truffle Melbourne program is an appearance at the Good Food & Wine Show on 5-8 June, followed by a Prahran Market takeover on 19-21 June, some truffle hunts and then the big one, Truffle Melbourne at Caulfield Racecourse 11-12 July. So if we’ve whet your appetite, find the time to head to the various Truffle Melbourne events on the coming months.

For more information on the program visit www.trufflemelbourne.com.au