When it comes to fashion, much like food, Italians do it the best. At Milan Fashion Week, hemlines were short, belts were abundant, and an icon gets re-imagined – get ready, we’re counting down the top ten trends straight from the runway of MFW! 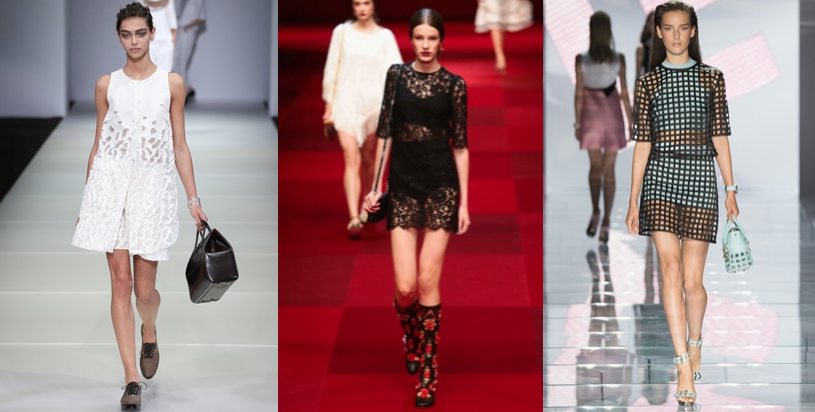 Two pieces, co-ordinates, twin sets….whatever you call them, they’ve been omnipresent this season, but now, they’ve been reinvented to be a little bit sexier. At Giorgio Armani, Dolce & Gabbana and Versace, the two pieces were cropped to show the most of the leg and a sheer overlay of lace or netting added to maximise the appeal of the cheeky look. 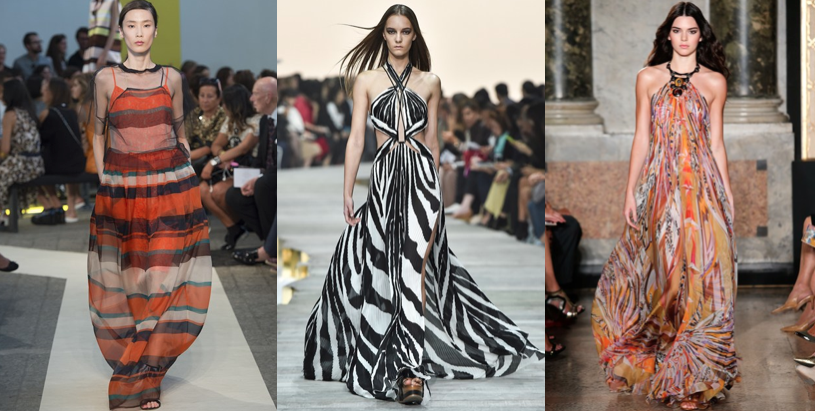 We already had glimpses of this trend at NYFW, but in true European style, the Navajo elements of the US designers were laid to the side, embracing rather the more Bohemian aspects of the trend. Seen at MSGM, Roberto Cavalli, and Emilio Pucci, think bold prints and long, flowing halters. 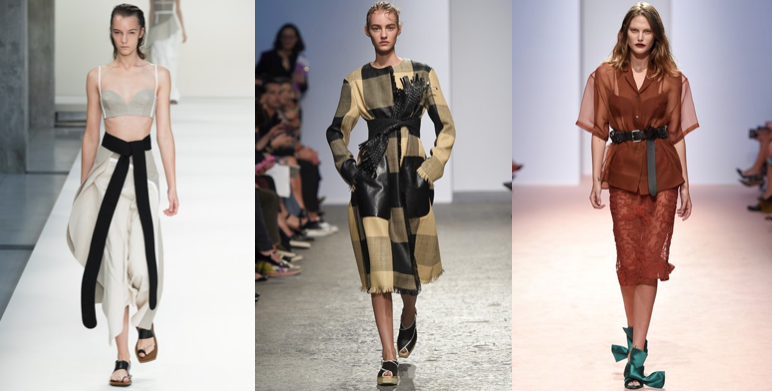 If bows were the thing to be exaggerated at LFW, than at MFW, it was the belt’s turn. Proportions were playfully stretched, with the trend emerging at Marni, Sportsmax, and No. 21 all in various incarnations. The key to the trend? The longer the length, the better. 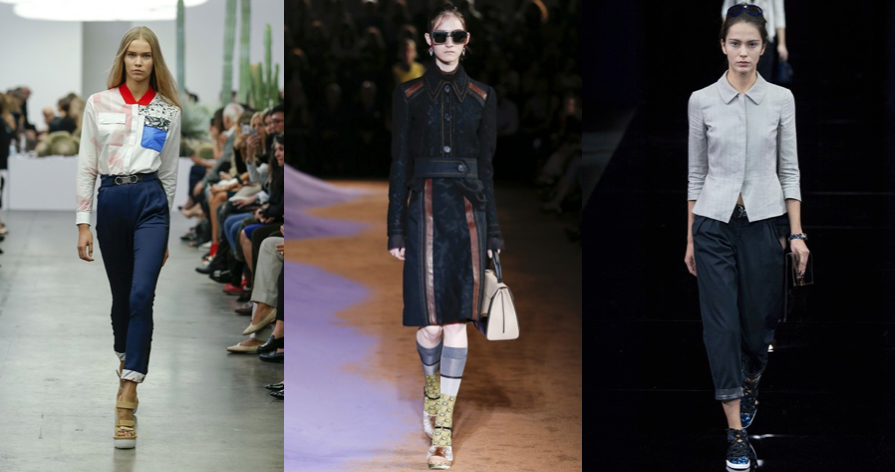 Denim is having quite the high fashion resurgence. Ever since the style set has embraced normcore, the traditional jean has been reinvented and walking its way back onto the runway. At Iceberg, Prada and Emporio Armani, the humble textile gets sleek by way of tailored jeans, structured jackets, and a variety of accessories – the more, the better.

5) WELCOME TO THE DOLLHOUSE 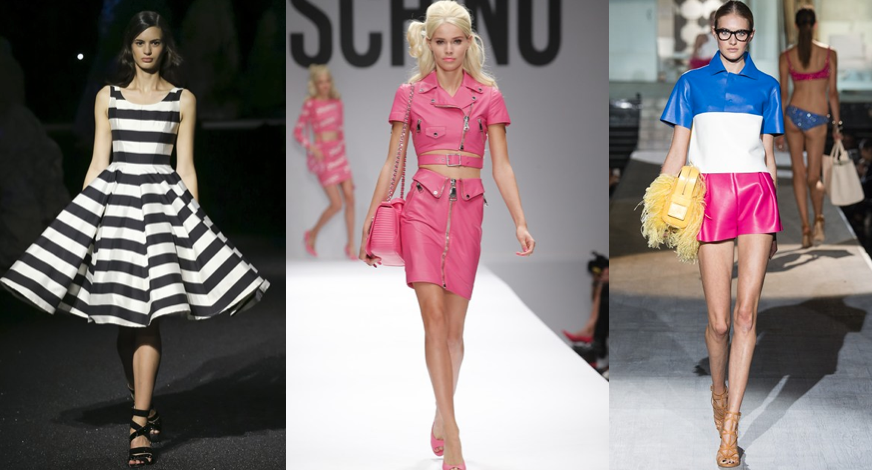 Arguably the most blogged about trend to emerge from MFW was the nods to one of the most fashionable women in pop culture. You’ll know her as Barbie. Led by Jeremy Scott’s haute couture tribute to the plastic icon at Moschino, designers Phillipp Plein and Dsquared2 also had subtle winks by way of silhouette and colour palate. Think bold shapes and of course, a large helping of hot pink. 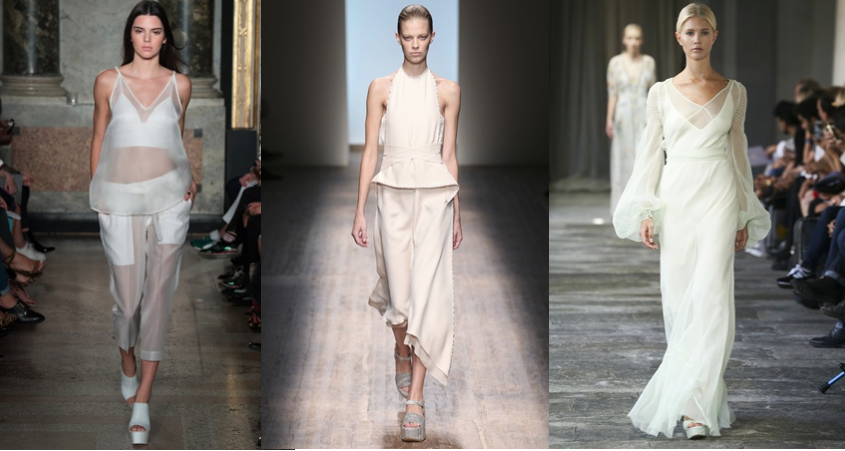 White on white is always in style, but at MFW, Ports 1961, Salvatore Ferragamo, and Luisa Beccaria all pushed the classic trend to romantic new heights. Soft fabrications, subtle detailing, and sheer layers were major markers of the trend, showing one of the most wearable styles on the runways this season. 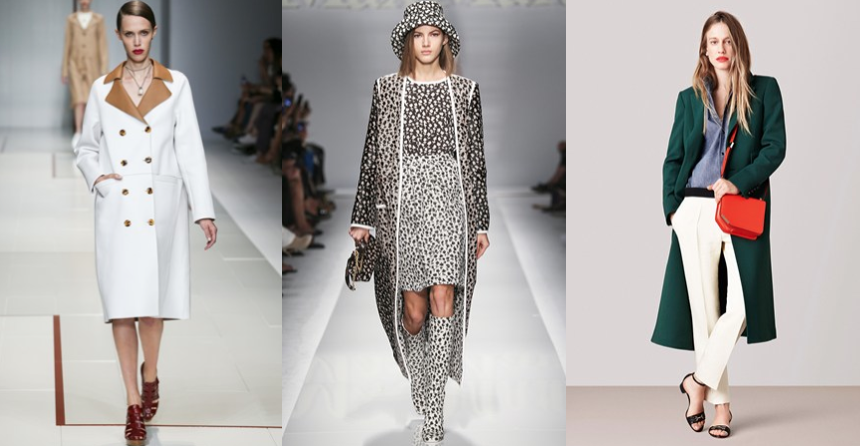 In good news for Melbournians, one of the major trends from MFW was a new take on coats (…after all, just because it’s spring, doesn’t mean it won’t be cold here). Light double breasted trenches with tan accents took to the runway at Trussardi, while at MaxMara, deconstructed printed calfskin duster coats showed another side to the trend. At Bally, another take again – this time classic overcoats in jewel tones. 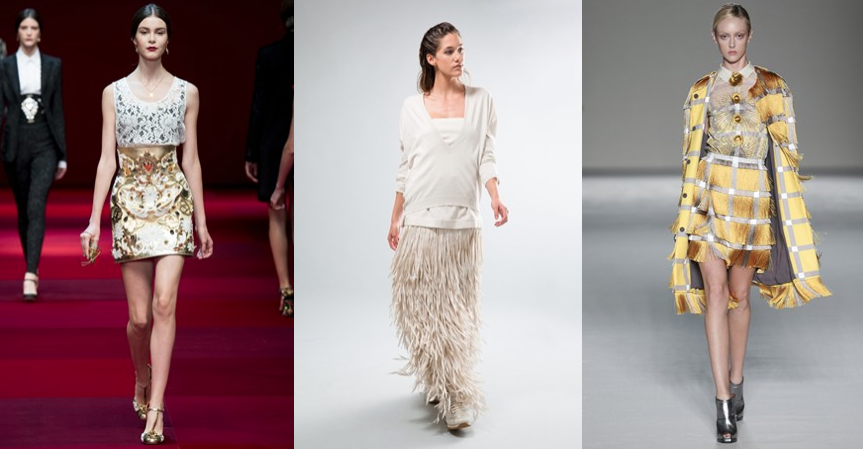 What would a European fashion week be without a little luxury by way of embellishment? Luckily for us, the runways of Brunello Cucinelli, Marco de Vincenzo and Dolce & Gabbana provided in droves. Sicilian flair, normcore with a twist, and unexpected fringing – this trend is one for the bold. 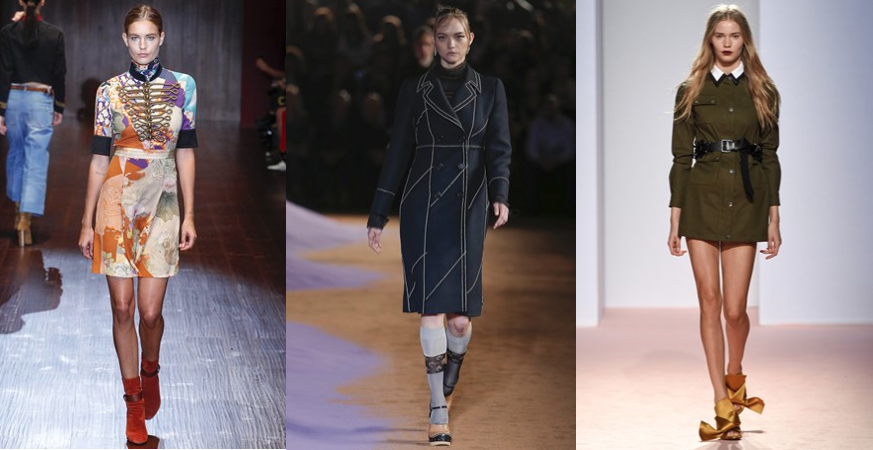 It wasn’t just Balmain this year to be inspired by the military – with Gucci, Prada and No. 21 all interpreting the trend throughout their collections. Epaulets over graphic prints, denim overcoats (and a welcome return to the catwalk by Gemma Ward!) and short, sexy khaki pieces – this is military you won’t be tired of. 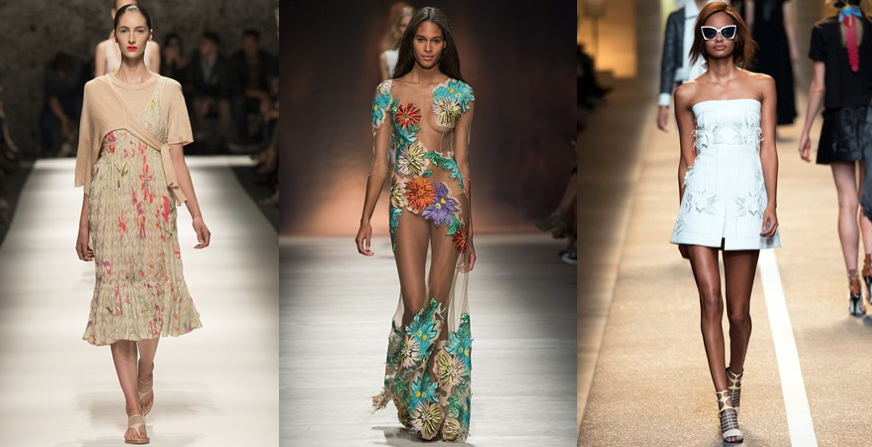 To round out our favourite trends, we have to talk about the omnipresent florals. We’ve been seeing many different takes over the season, and at Missoni, Fendi and Bluemarine – we’re taken back to a romantic, albeit graphic, take on the trend. Florals found their way onto prints, namely, Missoni’s signature zigzags, appliquéd onto sheer fabric, and appearing as graphic cut outs.