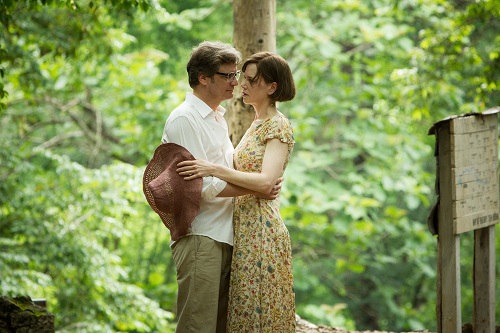 When films are touted as being ‘based on a true story’, there is naturally a touch of skepticism that follows. Too often, these films turn out to be simply a dramatized reworking of some minor historic event with a ‘true story’ tag slapped on it to attract more viewers. Australian director Jonathan Teplitzky’s latest film, ‘The Railway Man’, could have been perceived the same way, only it offers something few of its counterparts can match: direct involvement by the protagonist of the story, in this case British WWII veteran, Eric Lomax.

Based on Eric’s memoirs of the same name, ‘The Railway Man’ recounts the experiences of Eric and his comrades during WWII, where they were taken prisoner by the Japanese and forced to help construct the notorious Death Railway in Thailand. Although surviving the war, Eric (portrayed by both Colin Firth and Jeremy Irvine) is haunted by the brutal torture he himself endured at the hands of a young Japanese officer, Takashi Nagase. Decades later, traumatized and unable to adapt to civilian life, his devoted wife Patrice (Nicole Kidman) presents him with what could be the key to his recovery: Takashi is still alive, giving Eric a rare opportunity to confront his tormenter and seek revenge. 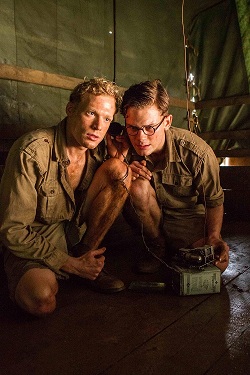 To truly do justice to the story, it was essential that the real Eric and Patrice both be brought well into the fold. Before shooting began, co-writer Frank Cottrell Boyce and members of the production team went with Eric, a self confessed “train enthusiast”, to visit his childhood home in Edinburgh. For Boyce and Teplitzky, this was not simply about adapting a book for film, but about truly understanding the emotion and the people underneath.

The challenge then became: how do you make a film that accurately portrays the horrors Eric and his comrades suffered, yet also highlight the message of forgiveness in the conclusion? The film after all is not simply about the breaking of the human body and spirit, but what it is to put it back together, if indeed this is at all possible. Therefore, the most affective scene in the film is the eventual confrontation between Eric and Takashi. The exchange between the former tormenter and victim is both powerfully written and acted, though it leaves the audience a little unclear how to feel: having been shown in excruciating detail the brutality Eric endured, we feel compelled to support him, yet the character of Takashi, which until now we have been offered limited interaction with, is unnervingly disarming, as he not only admits responsibility and guilt, but a willingness to accept Eric’s revenge. He is not the monster we have been lead to believe he is, but simply another victim of wartime. The encounter is confronting and emotional, but ends with a powerful sentiment: ‘Sometimes the hating has to stop’

Some might think it a shame that Eric, who died in 2011, was never able to see the completed film. However, both Teplitzky and Boyce disagree. Eric’s greatest strength was his ability to endure the pain of his past and let it go, and therefore he would hardly have felt it necessary to witness the horrors played out again on screen. This film is therefore not for him, but for us to understand the power of forgiveness, and that love can truly bring you back from the very darkest places. 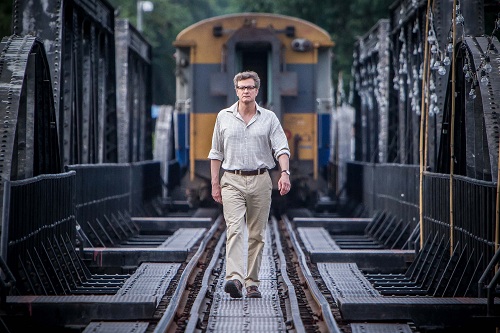 The Railway Man opens on 26th December 2013 in cinemas nationwide.

To celebrate the launch of The Railway Man, Couturing has two 2 for 1 passes to giveaway for Palace Cinema. Just email your name and postal address to [email protected] to enter. Competition closes at 5pm on 24 December 2013.