The League of Extraordinary Women sounds like a club for for female super heroes. In some part it is as it is a national community of young female entrepreneurs who have built their own successful businesses, many requiring super hero effort to translate their dreams into reality.

Founded in 2011 by Sarah Riegelhuth, Sheryl Thai, Liz Atkinson and Marie Cruz-De Ver, the League was conceived as a forum  to connect with and inspire other women in business, or with dreams to start one. The four successful young businesswomen have built a national community of women with chapters in Melbourne, Sydney and Brisbane, with plans to establish chapters in Hobart, Perth and Adelaide.

Why has there been so much interest in a group like this? The League provides an opportunity for those that are wanting to set off on their own entrepreneurial journey to speak with others that have taken the leap and built their own business – what works, what doesn’t, tips and tricks. In large part, hearing the stories of both success and failure can help those with aspirations of owning their own business, stories that you may not read in a book. 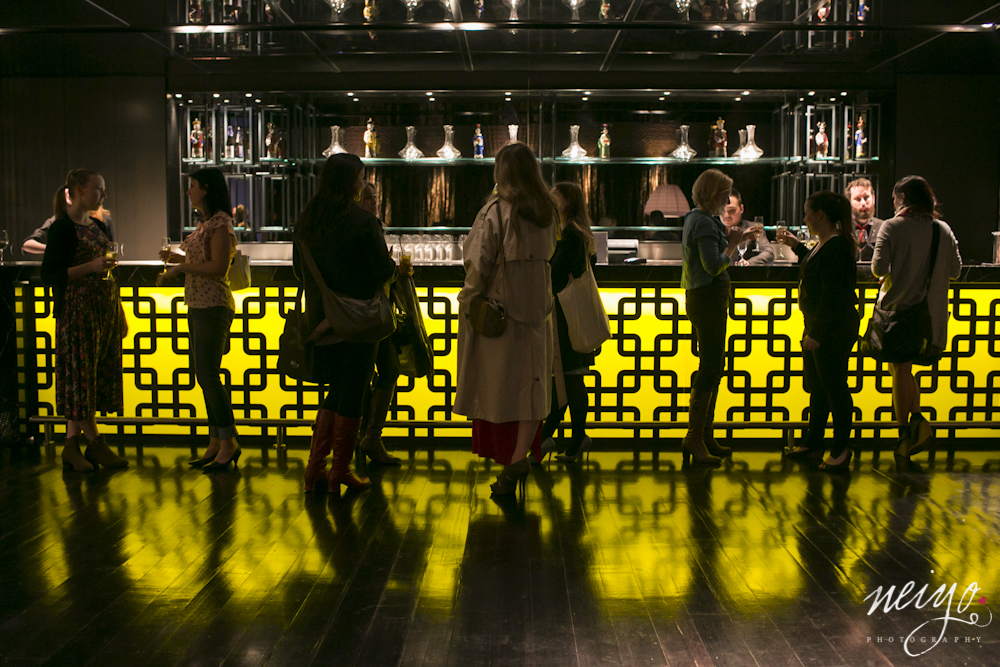 The League provides a forum for women to gather and discuss their own journeys, and the most recent event did provide two inspirational stories of dedication and drive for two women who never really started off their business life envisaging where they would be now.

The first speaker for the evening was Kirsteene Phelan, Communications Manager of online marketplace, Etsy. Kirsteene shared with us her experience of running her own handmade jewellery business, Scrumptious Productions, from 2007-2011. Kirsteene’s foray into the entrepreneurial world came about after spending her early career in film and music. Her label grew from a small market stall to being retailed in 90 outlets across Australia and New Zealand. Of her time managing Scrumptious Productions, Kirsteene shared many lessons she learnt including those from mistakes and failures. Her drive and self motivation helped her to overcome many of the challenges involved with running her own business. Despite achieving her own success, Kirsteene’s chance meeting with Etsy employees, led to her being hired as Etsy’s Australian Communications Manager, the company’s first hire in the Southern Hemisphere. Using a few of her own lessons, Kirsteene has built the team to five members and now leads the local communications and marketing for Etsy. Kirsteene shared with us some her things she learnt over the years, including “knowing you will make mistakes” and “No woman is an island”, a reference to women’s penchant to always do things ourselves, and “Always have a Goal”. 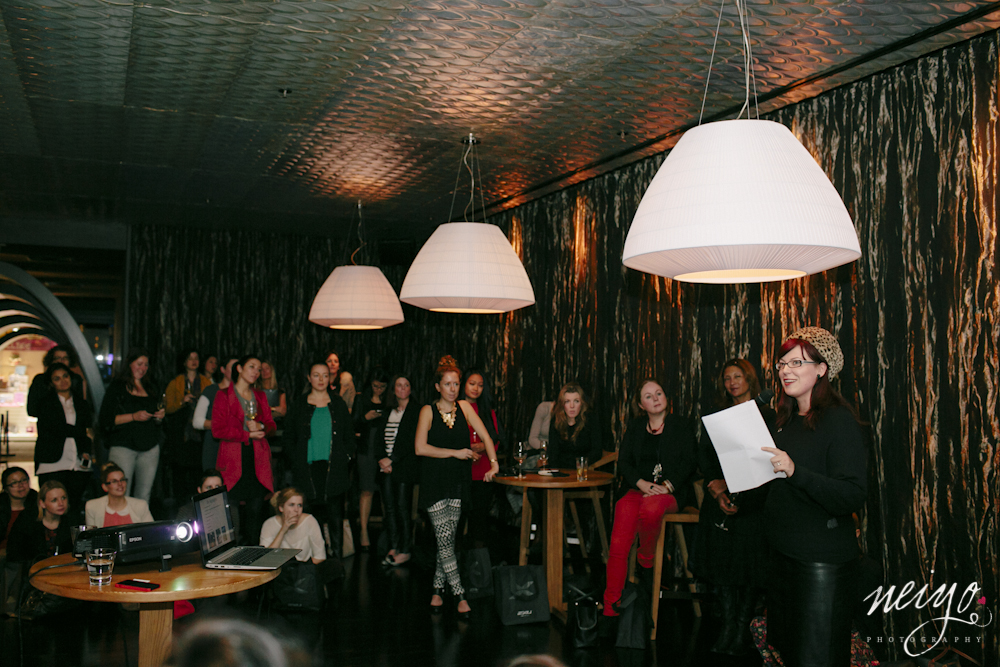 The second speaker of the evening, was equally inspiring with the challenges she has faced and how she has built a business from the ground up. Kate Morris is the founder of online beauty mecca, adorebeauty.com.au. Hearing Kate’s story from transforming an idea into a successful multi million dollar business through sheer drive and determination was inspiring. Kate’s idea of being able to buy beauty items from the internet, really foreshadowed what we take for granted now – the ability to online shop. 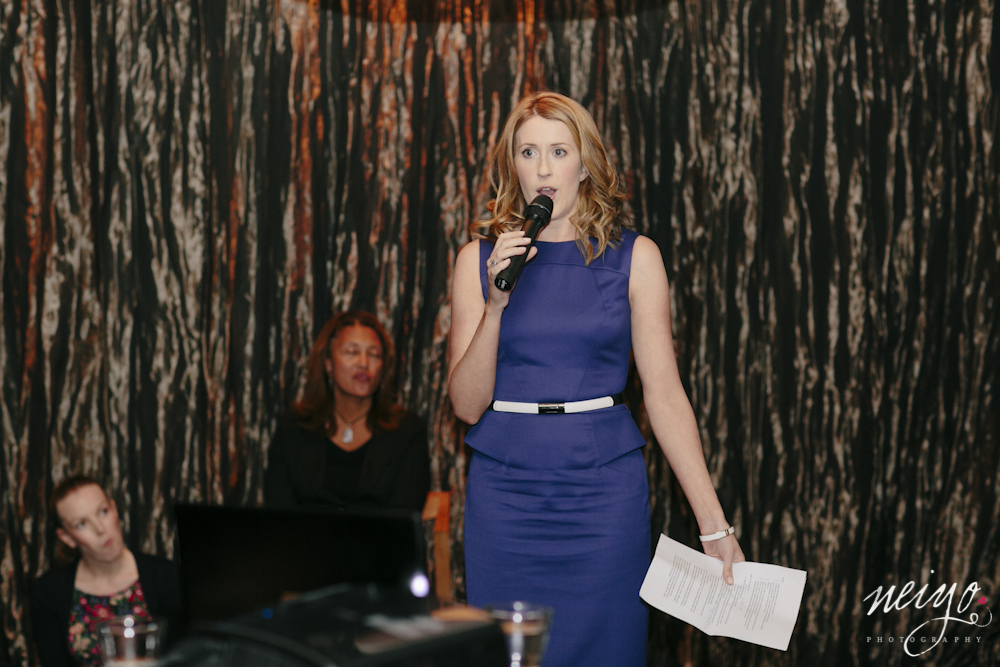 Starting with an idea, very early on when e-commerce was still in its infancy, beauty junkie, Kate founded adorebeauty.com.au at the age of 21. Given the infancy of e-commerce, it took a lot of drive, determination, patience and hard work to not only build an e-commerce platform but also find stockists willing to take a chance to have their brand stocked on the site. But as Kate shared, you can try, try again, because one day, they might say yes”. As a winner of Telstra’s Young Businesswoman of the Year, 2010, Kate had her inspiration to start the business in 1999 and she aimed high, hoping to create an online beauty mecca, allowing women to access the products they wanted. Kate shared with us her successes as well as many times that were despairing. When it launched, adorebeauty.com.au made one sale a week. Today, the site attracts 1.1 million visitors per year and has over 3500 products and 113 brands on its virtual shelves.

Both speakers were able to share their story of their success and the highs of building a great business, but also shared the hard lessons, mistakes and sacrifices made.

This event was the fifth in a series hosted in Melbourne since the League formed in 2011. Unlike many networking events, The League differentiates itself by creating a culture  where sharing, and connecting are in, and ‘business card blasting’ is out. The informal ‘no business cards’ rule means that more genuine connections are engendered. Membership is open to all women and has no pre-requisites.

For more information on the League Of Extraordinary Women or to join, visit www.leagueofextraordinarywomen.com.au