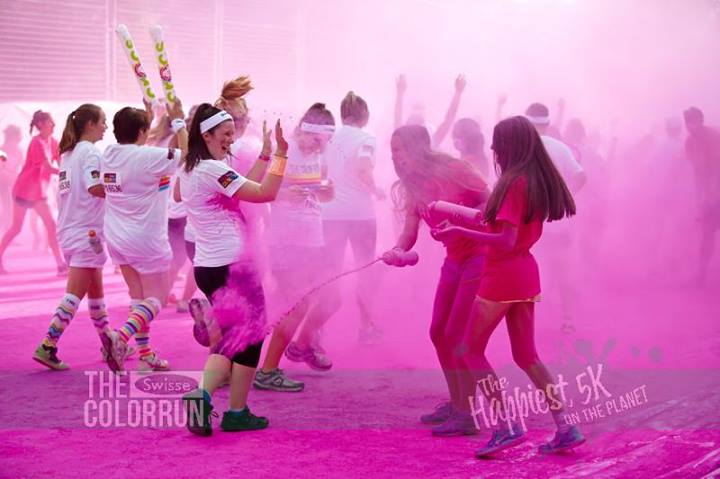 Sunday the 2nd of March saw Melbourne’s entire Albert Park Grand Prix track coated by a layer of multi-colour. It was The Color Run, which had color runners of all ages taking to the track and immersing themselves in the happiest 5K on the planet. The Color Run Melbourne Grand Prix edition of the globally popular fun run was a sold out event with proceeds from the event going to the Good Friday Appeal.

On arrival to The Color Run there were three strict rules, which each runner had to abide by:

Participants made their way to the start line at 9am, all pristinely clean in their matching white Color Run shirts, with all intentions to get crazy and colourful on the track. As each kilometer of the track approached so to did a new colour check point, with pinks, blues, yellows and oranges sprayed on to the excited contestants. The air surrounding the track became a smoky rainbow of multi-colour, as runners did all they could to marinate themselves in colour. Rolling around in the coloured powder was nothing-short of Color Run etiquette.

On completion of the happiest 5K on the planet, patrons were handed their own colour sachet to which they could continue the colour fun and join in amongst the happiest of crowds in the mosh. With music pumping, moods on a high and everyone saturated by colour, The Color Run was absolutely one of the most enjoyable five kilometres I have ever run.