The Super Bowl is one America’s greatest events, showcasing the finest athletes culminating in the most tactical, brutal, and bizarre (to a foreigner) sport that is American Football. How does this relate to food I hear you asking? As it happens, Super Bowl is also the name a new Vietnamese restaurant serving up the ubiquitous Pho.

Superbowl – Pho & Bun Bo Hue has transported from its American heritage in Seattle and has nestled itself on Victoria Street, Richmond among a plethora of other Pho noodle shops. 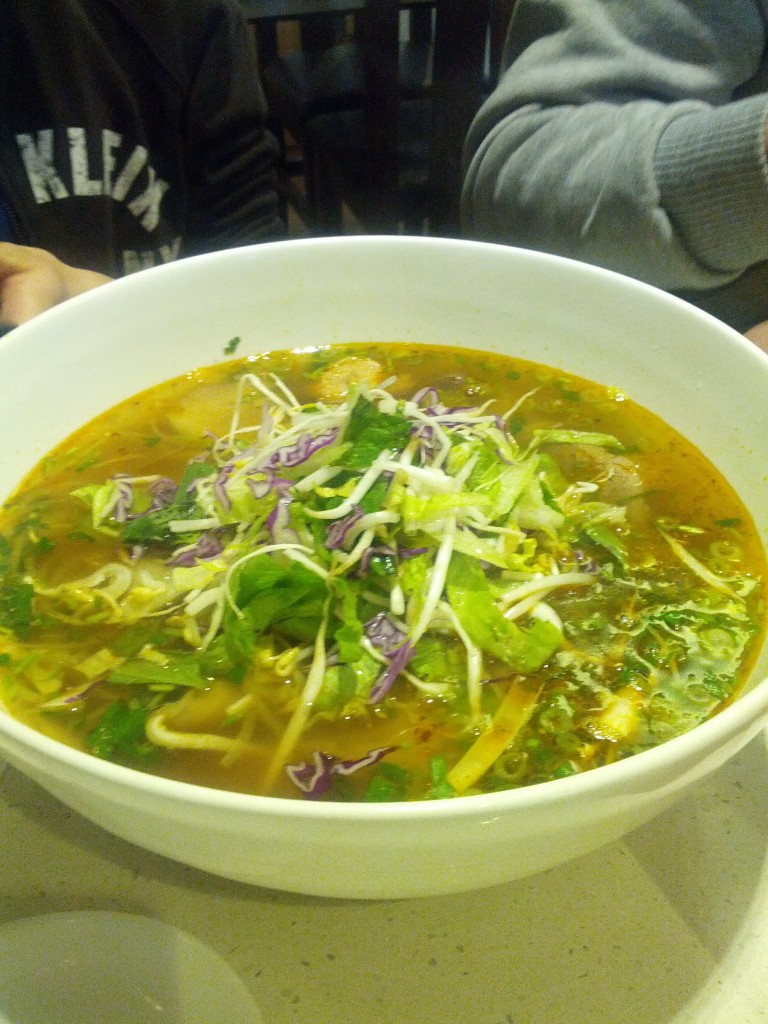 What does Superbowl have that differentiates itself from others vying for your hungry appetite? At first sight, nothing – Superbowl looks pretty much like the other 99% of the Vietnamese shop fronts along Victoria Street with its elongated tables and strangely tall chairs. The fit-out is clean but has a very typical hawker feel to the place.

If, however, you’ve stumbled into 252 Victoria Street looking for the Super Bowl Challenge then you are at the right place. An unofficial challenge set by kids who think they can consume ungodly amounts of noodles whilst proclaiming to be foodies. With no set time limit (or half-time show for that matter), at $17 a pot; the challenge begins.

As this is actually a review and not a forum to gloat about inglorious achievements, Super Bowl can be summarised simply as follows: every other Pho you’ve had, multiplied by two. That is, if you’ve entered the Super Bowl Challenge you are now eating two  large bowls of Pho. The flavour is not as potent as other Pho’s I’ve had and it’s definitely lighter on the palate than most, which is a blessing in disguise.

One hour later, 1kg of noodles, and more liquids you can throw a cat at; I spectacularly failed to even eat half, HALF of the Super Bowl. The ignominy that has fallen upon me with my very own national dish will continue to haunt me. However, what followed was the best food coma that lasted for days and possibly dreaming of a Super Bowl Challenge II.