There’s something special about Santa Fe. The little town in New Mexico has more for visitors than would seem physically possible, with countless art galleries, festivals, a multitude of markets and one of the best hotels in the US – and that’s just for starters.

As the oldest state capital in the US, Santa Fe is a haven for history buffs. It’s easy to while away hours simply strolling the streets and taking in the various architectural styles that shape “The City Different”, with museum visits offering still deeper insights into the region’s peoples and past. But those who live for today – or some other time in the future, even – are in for a treat too, thanks to Meow Wolf, one of the world’s most imaginative, immersive art experiences. 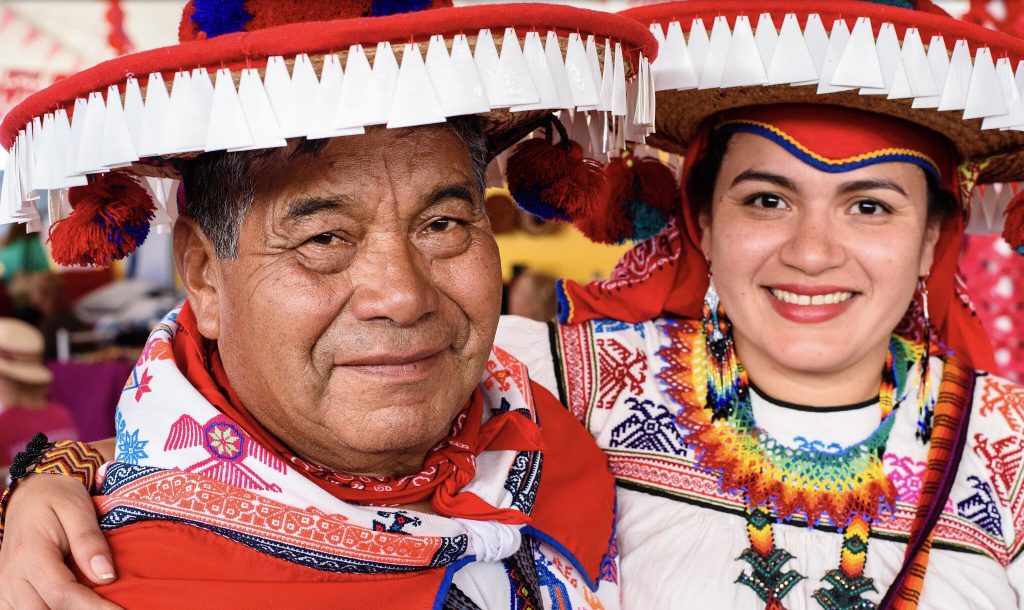 Just a few kilometres from the city’s centre, Meow Wolf is housed in a former bowling alley, but the linear, dead-straightlanes have disappeared for good. Instead, visitors meander through a world (in Meow Wolf-speak, a “multiverse”) conceptualised as resulting from the experiments of a family who dabble more than a little in science and time travel. The family’s house is the framework upon which their narrative hangs, and the front doorstep is where all sense of normality is left behind. Once you enter the house, nothing is as it seems, with the fridge door just one of the portals into a labyrinthine collection of rooms, each hosting the work of various artists and contributing to the overall concept. 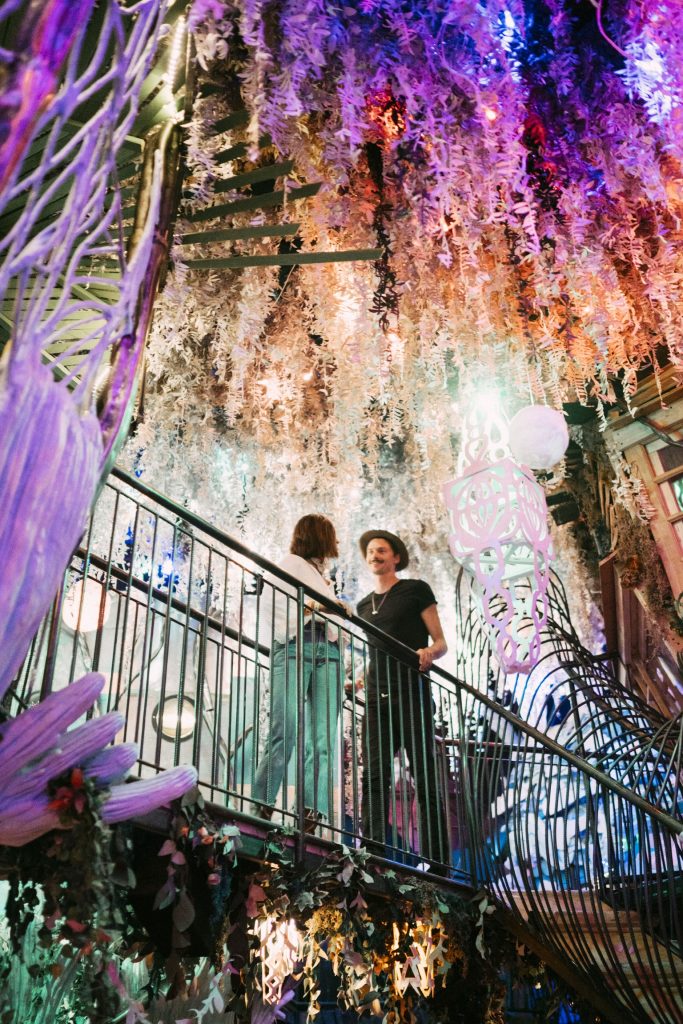 Head one way and you’ll find an avenue of trees glowing in the dark with fish flying above, as if a kitsch home aquarium has been enlarged to human size; turn in another direction and there’s a dinosaur skeleton that you can play like a xylophone. Among the rooms upstairs, there’s a cushioned chamber full of animal eyes whose corresponding cries are activated depending on the number of visitors who enter… think Alice in Wonderland meets Disneyland meets Dali and you’ll have an inkling of what awaits. 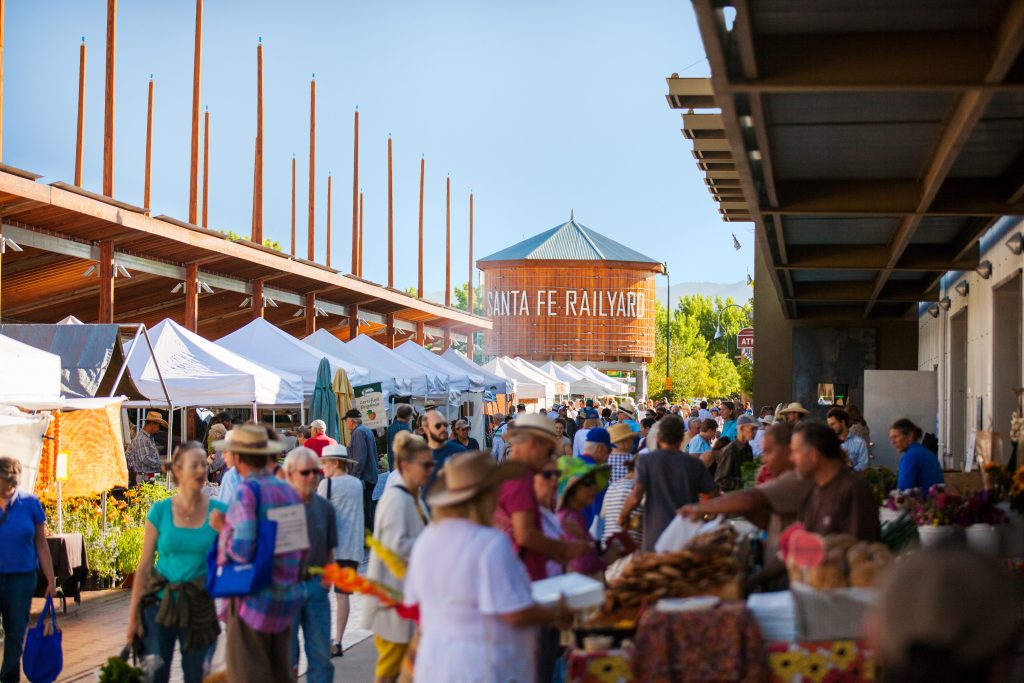 If you’re looking to experience art in the more conventional sense, the Canyon Road trail that starts at the edge of town has half a mile of galleries and shops showcasing the work of contemporary artists and jewellers from the region. Those seeking works of culinary art can head to the Farmers Market at the Railyard precinct for a Saturday breakfast of goat sausages, blueberry muffins or freshly baked sourdough pastries and possibly snap up hyper-local souvenirs at the Artisan Market too, such as soaps made with essential oils from New Mexico plants or a watercolour paint set made from rocks and clays sourced in the nearby canyons and arroyos (dry river beds). But if it’s pieces from further afield that appeal, don’t miss the International Folk Art Market, just one of the many cultural events on Santa Fe’s busy calendar. 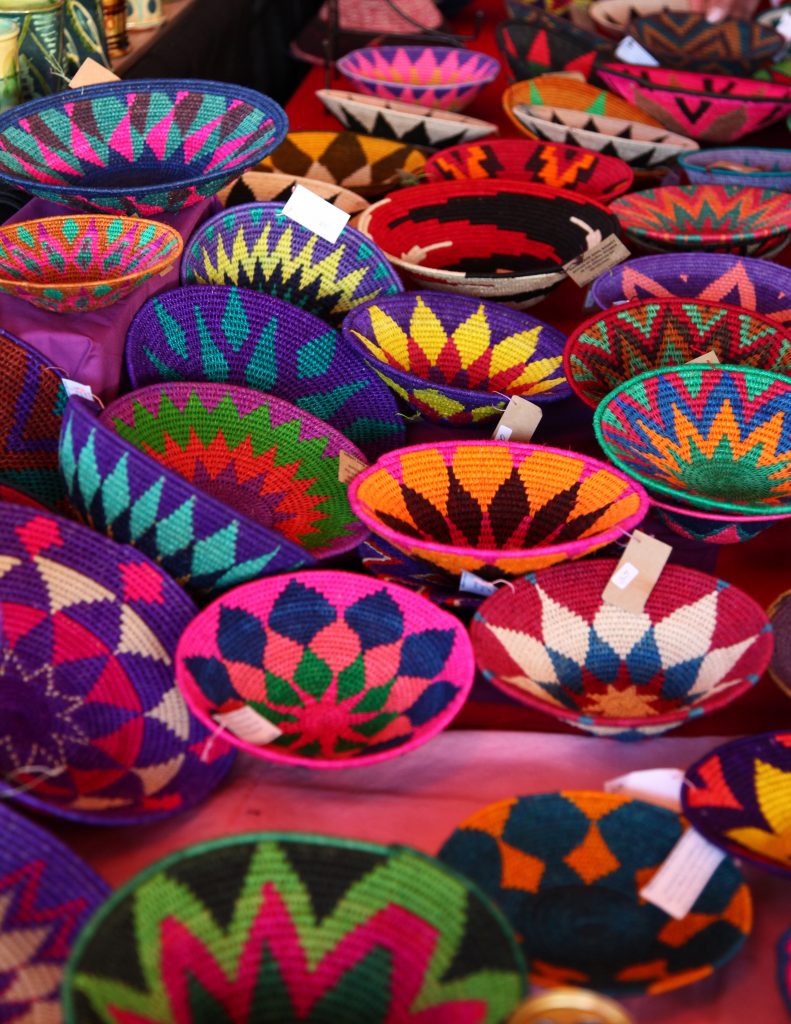 Celebrating its 16th year in 2019, this annual event held over a weekend in July brings together more than 150 artisans from all over the world for a market and related workshops and talks. Here you’ll find colourful ceramics from Mexico, baskets woven from fragrant vetiver from Madagascar, embroidered jackets from Uzbekhistan, rugs woven by the Marsh Arabs of Iraq and sunglasses beaded by a social enterprise in Durban, South Africa. The weekend kicks off with a gala event on Friday evening, with global cuisine, entertainment and the chance to shop like a VIP included in the ticket price. And as the purchase of pieces at IFAM helps the artisans’ communities buy much-needed infrastructure or fund projects, you can spend up big and get the warm fuzziesat the same time. 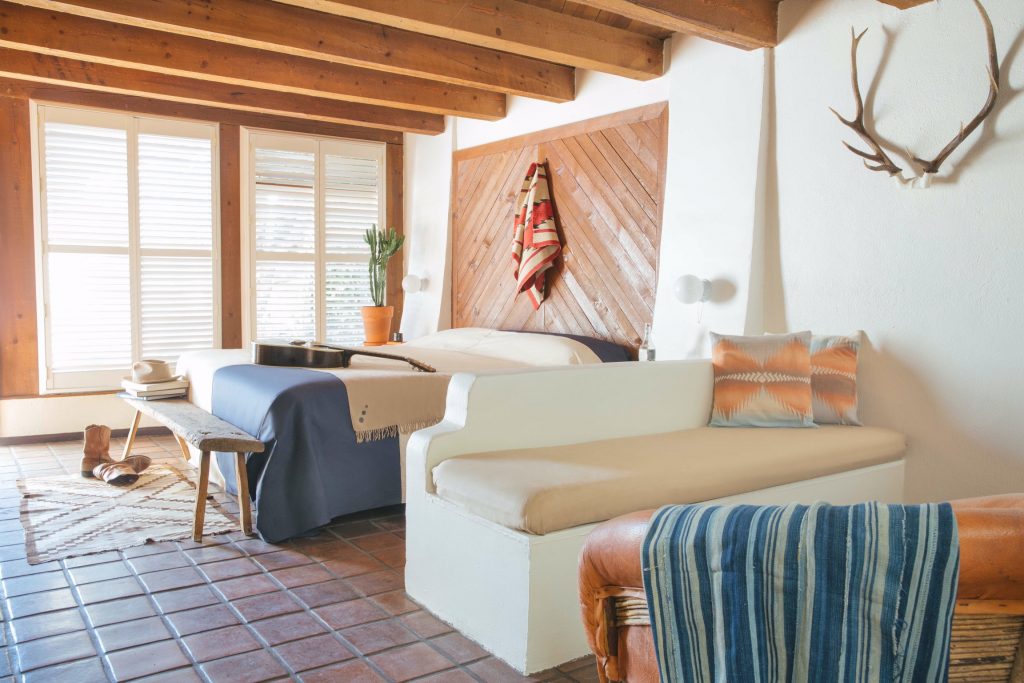 After so much activity, you’ll want to wind down, and whatever your accommodation preference, Santa Fe has you covered. As Route 66 runs through the city, there are motor inns aplenty, with El Rey Court the standout in this category. Recently renovated and refurbished, the spacious rooms are styled with mid-century modern furniture and pieces that reflect the heritage of the area, such as native American rugs hanging on the walls, potted cactus by the bed and an Alexander Girard candelabra and cushions in the lobby lounge (the designer was a Santa Fe local in the 1960s). There’s a pool in the grounds too, a definite drawcard in the warm, dry heat of the Santa Fe summer. 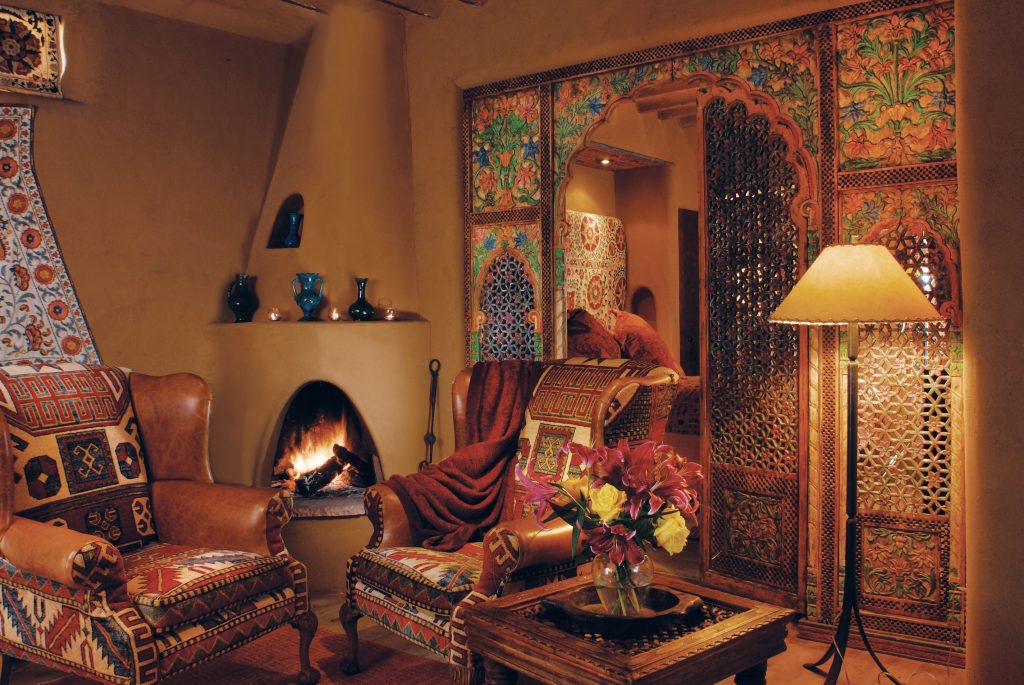 Inn of the Five Graces – Image by Rose McNulty

At the higher end for accommodation is the Inn of the Five Graces. It’s not difficult to see why this boutique hotel was awarded the best city hotel in the Continental United States by readers of Travel and Leisure. Located across several buildings on a quiet street at the city’s edge, the Inn is fitted out  with tiles, textiles and furniture sourced from Afghanistan and beyond by the owners (who happen to head the nearbySeret & Sons, an Aladdin’s cave of central and south Asianinterior design treasures well worth a browse). The rooms at the Inn are all different, evoking exotic destinations yet simultaneously retaining a uniquely Santa Fe style. Book a suite here and you may never want to leave the hotel – but with so much to see and do in the City Different, staying in is an option you’re unlikely to choose.