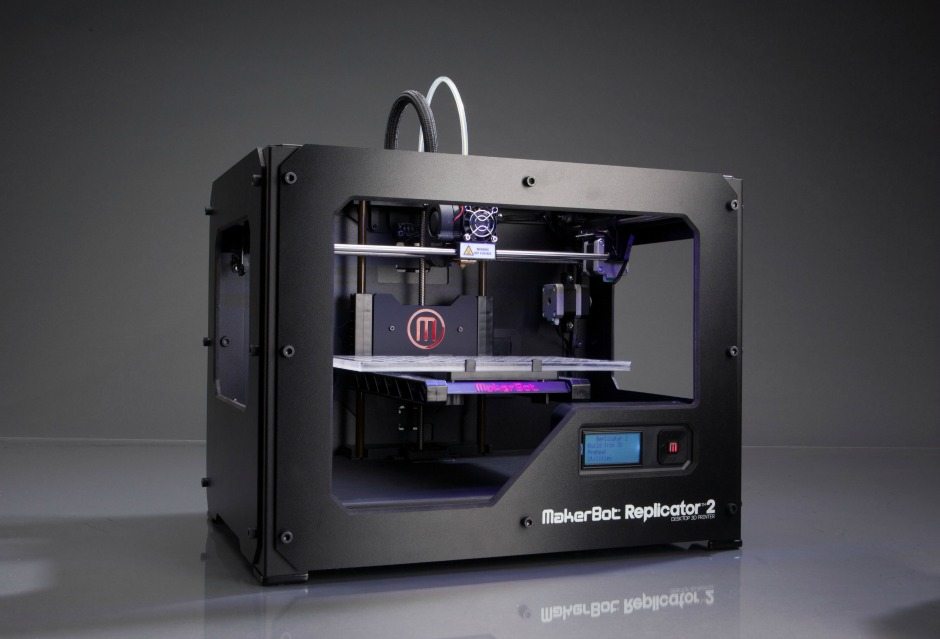 3D printing will be to the product industry what the internet was to information. It’s the next step forward and it will revolutionise our lives by giving us a direct line to production. What would you do today if you lost the back to your remote? Keep the batteries in with unsightly tape? If you wanted to be fancy you could order in the new part, but what if you could jump on the web, download the CAD file for the part from the T.V. company’s website, and then print it within the hour? With a 3D printer, you can.

Not at all like your Canon at home, a 3D printer works by drawing a laser beam across a liquid plastic resin that hardens when exposed to a specific wavelength of light. This is repeated layer upon layer until the product is finished. You can do this with no programming involved, all you have to do is download a CAD (Computer Aided Design) file (of which there are thousands already on the net) and your printer spits out the finished product.

Currently, the 3d printer market consists of novelty trinkets whose main appeal lies in the technology itself but there are less trivial ventures as well. Last month an unidentified man in the U.S. had 75% of his skull replaced with an implant made with a 3D printer. The implant was made from PEKK, an ultra-high-performance polymer, and was made uniquely for him via an image scan of his head. 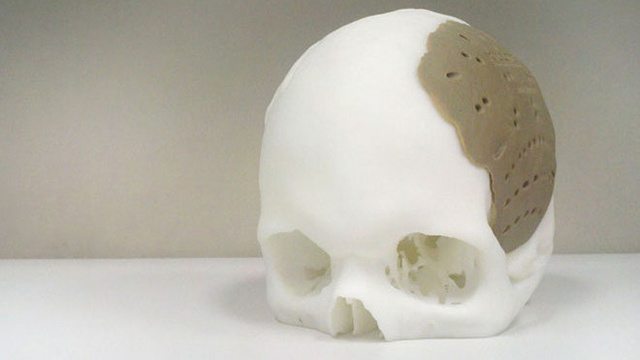 Other applications are seemingly endless and vary from dresses, street art installations, prosthetics, and even a house. In fact, NASA’s 3D printing initiative is for building houses, on site, in space. The most controversial use, comes from American law student Cody Wilson, who founded Defense Distributed, a non-profit organisation that has designed and open sourced a CAD file to print ‘Wiki Weapons’ from functional hand guns to AK-47’s.

Although it may be startling that anyone with access to a 3D printer could print a lethal weapon, Defense Distributed’s motives are less sinister than you might think. By open-sourcing a functioning gun, they have made readily accessible the most heavily regulated item you can possess, and opened the flood gates of thought as to what else you don’t need a factory and cash to produce. They stand against intellectual property being issued at an outrageous cost by those with industry monopoly. Currently, they’re raising money to start up DefCad, a search engine with free downloads of all 3D printable files imaginable, to essentially, make products free. They are the new Napster for the tangible object with a focus on important things “not trinkets or garden gnomes” as Cody says. 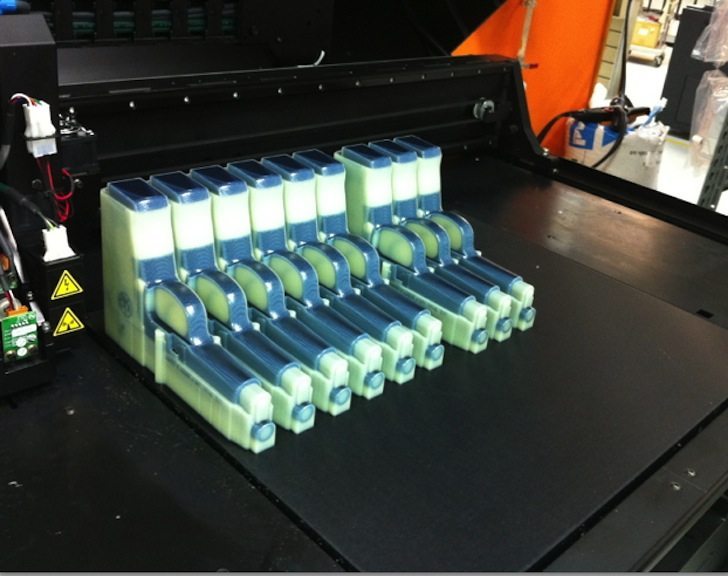 Although anarchistic in motivation they do stand for all the positive aspects of a product revolution. They aim to place the power of the industry in the hands of the worker. Even the production of weaponry is somewhat justifiable. If the Free Syrian Army could print their weapons, they wouldn’t have to DIY less effective weaponry than their Asaad dictatorship possesses. It would make it harder than ever for one leader to forcibly control a nation.

The obvious set backs to the everyman owning a 3D printer, are cost and resources of materials to print, but these are almost negligible. Six years ago the cheapest 3D printer was $25,000 while now the average consumer model is between $1500-$2500 and some are as low as $500. As for materials, there is already a device named a Filabot, which can recycle plastic waste into printable filament.

If not for radical revolution, then the 3D printer is in very least, causing a stir. They want to see if the science fiction they know will come into being, and if this machine has knocked Star Trek’s ‘replicator’ off the list already. What if the Jetsons’ instant breakfast gadget is closer than we think? One thing is for certain, the hype around this technology isn’t unfounded. In his State of the Union Address in February, Obama proclaimed that 3D printing or ‘additive manufacturing’ “has the power to revolutionise the way we make almost everything”. He went on to announce that three manufacturing hubs have already been created and he is trying to open thirteen more. Looks like the revolution is here already. Not televised, but rather, printed in 3D.