It’s the collaboration that had had world speculating and whispering about for months. One day before the annual Chanel Metiers d’art show Karl Lagerfeld releases his latest film for Chanel. A seven minute 46-second long fairy tale starring Pharrell Williams, Cara Delevigne and Williams’ new song “CC The World” written specifically for the annual Chanel show. 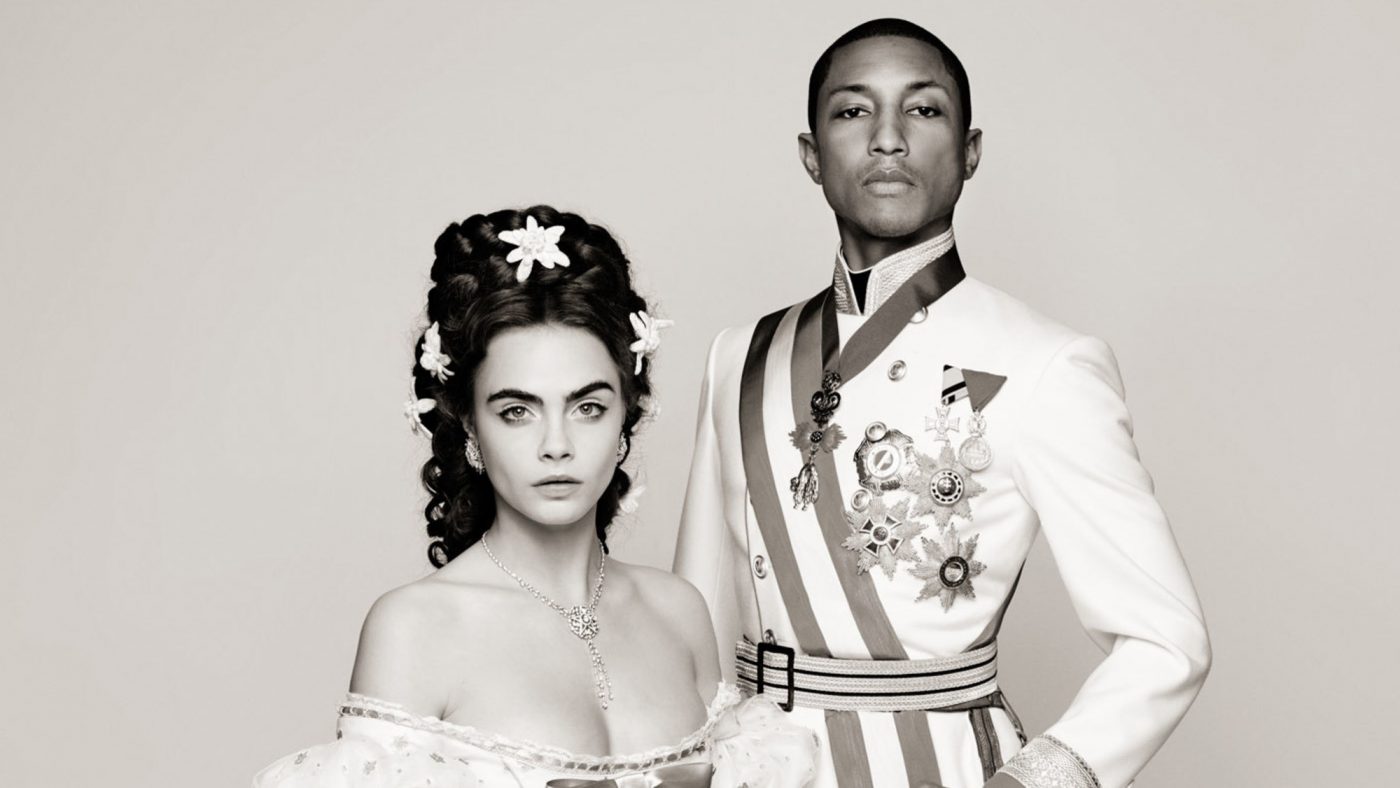 In the film Delevigne and Williams travel back in time to the 18th Century in an opulent Rococo setting and waltz together as the Austrian Emperor and his queen. It fits in with the theme of Metiers d’art Show which being held in Salzburg this year at the amazing Schloss Leopoldskron palace.

The film also stars Geraldine Chaplain as she reprises her role as Coco Chanel. Chanel is on holiday in Austria and is inspired by the bellboy’s jacket (played by Williams) to create the iconic Chanel Blazer. Delevigne also plays a mischievous, cheeky bar maid running around the halls of the resort looking at paintings and handing beer to receptionists.

In a whimsical dream like sequence the paintings of the Austrian royals, Emperor Franz Joseph I and Empress Elisabeth “Sisi” come to life and waltz to a romantic backdrop of “CC the World”.

Once again Lagerfeld has spared no expense in creating an incredible set up to the Chanel show. His masterful talent in being able to market Chanel will no doubt have us all holding our breaths for what is to come.