Paris Fashion Week exuded timeless looks in the field of beauty, with hair taking on both structured and natural forms while skin experimented with both natural hues and bright colours. Couturing brings you the trending looks with the help of Redken Creative Consultant Guido Palau, showing you the best of runway beauty that Paris brought to stage.

At Alexander McQueen Palau kept the hair tucked away under 20s inspired metal headpieces that gave the models a futuristic and tribal look on the runway. It has become somewhat of a tradition for Guido to exclude hair altogether, opting for head treatments over hairstyles for McQueen. Makeup was frosted nudes with a hint of metallics, keeping an understated yet chic aesthetic. 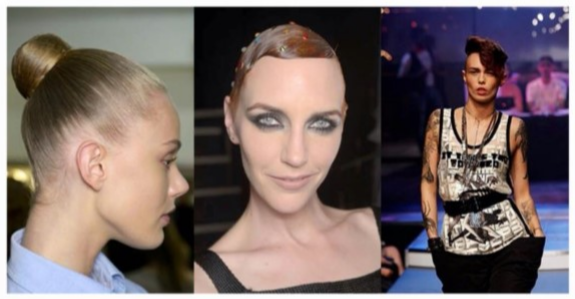 DANCING WITH THE STARS

Palau created an assortment of styles for Jean Paul Gaultier, ranging from soft and natural hair to beehive updos. Naturally, the Redken styling products used are as varied as the cast of characters created. Palau says “Overall, the look is simple and natural with the exception of a few extreme characters scattered into the lineup. The show was inspired by dancing with the stars, so we recreated recognizable celebrity hairstyles for certain girls. Jean Paul Gaultier always does his own unique take on fashion, and the hair is consistent with his vision” Makeup looked edgy with smokey eyes and heavily contoured bone structure. 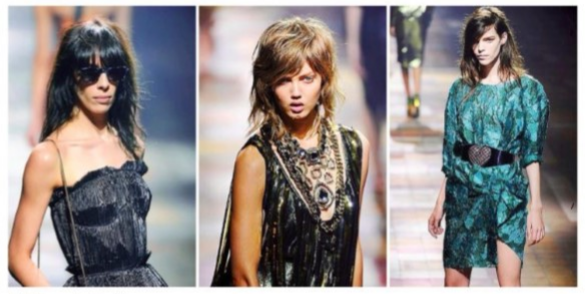 Palau created an easy, carefree look for Lanvin by exposing the models’ natural textures and cuts on the runway. Instead of adding hair extensions, which tends to standardize the style, Guido kept it real and styled the models’ hair according to their own cut and texture. Regardless of the variation of hairstyles on the runway, all the models perfectly captured the intended ease of the style. Skin was enhanced with natural nudes, and browns around the eyes to balance the look.

Palau also created a look for Sacai consistent with the natural hair trend that has pervaded the runways in New York, Milan and Paris. By adding Redken all soft argan-6 oil to the hair, Guido made the natural style feel a bit more luxurious. 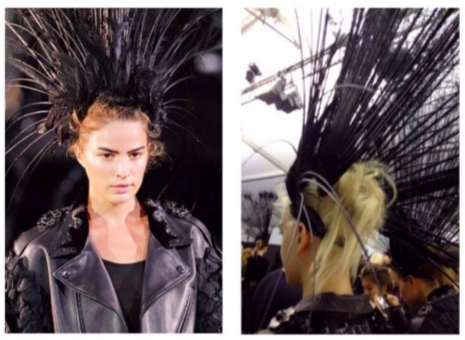 For the Louis Vuitton models, Palau styled the hair not as an extension of the headdress, but rather in opposition to it. The messy hair poking out of the headpieces suggest that the girls are not authentically fanciful, but simply playing dress up in a spectacular production for Marc Jacobs’ last show at the helm of the Louis Vuitton fashion house. “It’s a very stylized look,” says Palau “which is fitting for Marc Jacobs. I wanted the hair to be in a messy knot to offset the richness of the headdress. The hair is youthful and playful, whereas the feathered headpieces are quite heavy and exotically ornamental”. Makeup remained natural and dewy, providing a glow that didn’t outshine the headgear. 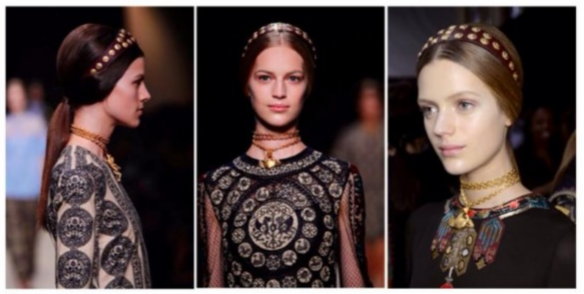 Palau created a regal look for the Valentino show by seamlessly incorporating the decorative headband into the hairstyle, making it seem as if the accessory was a part of the hair. To give the style a flawless finish, Guido used Redken forceful 23 super strength finishing spray to smooth any remaining flyaways. The looked is polished and impeccable, just like the Valentino woman. Reminiscent of a medieval maiden, skin was nude with a soft blush giving the models a youthful appearance.

HOLD ON TO YOUR HATS

At the Akris show, Palau used Redken hardwear 16 super strong gel and Redken control addict 28 high hold hairspray to conceal the hair behind double brimmed hats. Similar to a wig wrap, Guido and his team prepped the models backstage by wrapping their hair up and fastening it onto their heads. Once the hair was set, wig caps were placed over each model’s head to completely mask the hair on the runway. A palette of coral and peach featured in the makeup looks, with soft orange and pinks highlighting lips and eyes.

For the Celine models, Palau created a look that was both messy and modern, while still maintaining a beautiful quality to the hair. He used a bit of Redken satinwear 02 prepping blow-dry lotion to soften and smooth the natural texture of the hair. Once the hair was twisted and pinned, Guido finished with Redken quick dry 18 instant finishing spray. This particular hairspray provided for a clean style, without creating a firm or hard feeling to the hair. Makeup took on bright hues and bold lines with heavy accented eyebrows and a dash of electric colour across the eyelids, ranging from lime green to magenta. 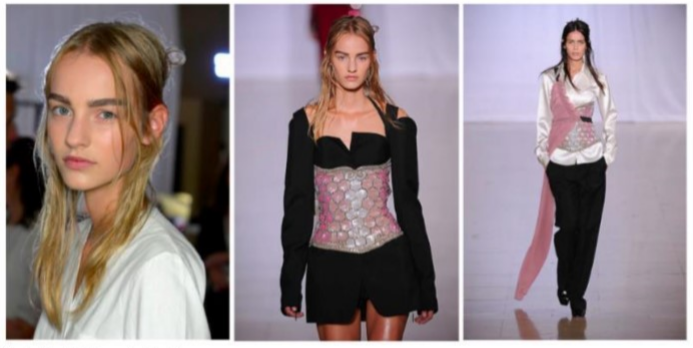 Palau continued with the natural, grunge trend at Margiela. While the back section was pulled up into a messy up-do, the overall look was meant to be unrefined and a bit unruly. To maintain the models’ natural texture, Guido created a dry style with Redken shine flash 02 glistening mist and Redken control addict 28 high hold hairspray to create this unpolished look. Makeup was natural with soft pink lips, and nude eyes in muted tones. 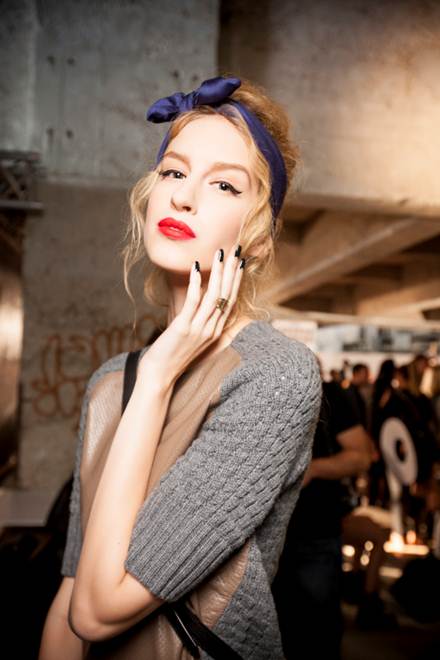 Taking grunge to a more high-end level, midnight blue nails were seen at the Alexis Mabille show that took place overnight at ‘Dock En Seine’. The designer opted for midnight cami and stylenomics  shades by essie.

Photos by Matt Lever for Redken