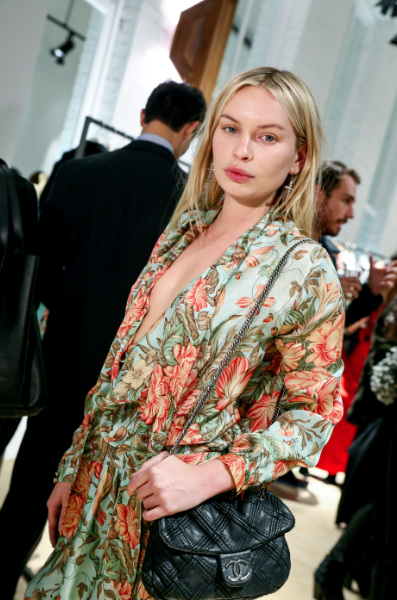 Leandra Medine of Man Repeller and fellow bloggers Natalie Surez of Natalie Off Duty and Erica Domesek of P.S I Made This joined designer Nicky Zimmermann in store along with models Keke Lingard and Melissa Bolona. Aussie expats, 4th & Bleeker’s Alex Spencer, Ilona Hamer and model Ajak Deng also dropped by to toast the opening.

DJ May Kwok set the urban beat for the cool affair, as guests admired the sleek fit-out of the 3,800 square-foot space designed by Australian architect Don McQualter who has collaborated with Zimmermann on all of their stores internationally.

The 55 Mercer Street flagship, which takes the place of Zimmermann’s original New York Store, is Zimmermann’s biggest store worldwide. Says Nicky Zimmermann of the store move “Our original store in Soho has been really well received since it opened, so we wanted to move into a larger, more expansive space in the neighborhood that allowed us to bring more of our brand story to New York.”

The opening of the new flagship store is a continuation of the brand’s overall expansion in the US.  In 2011, Zimmermann opened its US flagship location in LA and in 2012 it opened its original boutique in NYC. The new address for the New York flagship will be followed by an expansion into several additional locations and markets – with a focus on Manhattan and California – within the next three years.