Richmond golden boy and three-time premiership player Jack Riewoldt has made his love for the Apple Isle’s favourite pastry official, as the new national ambassador for National Pies. The Hobart-born star will represent the brand across several initiatives in the coming
months, including developing a brand-new pie flavour that will launch exclusively at Bunnings cafés over the coming months.

Jack has been a long-time consumer of the brand and said the decision to work with the iconic business was an easy one. “Like every other Tassie resident, I grew up eating National Pies – whether it be from the school tuckshop, or straight from the oven at home,” Jack said.

“Thursdays at Clarence Football Club were pie and coke night, which were a highlight after a gruelling training session. To be able to be involved in such a cool way and create my own pie flavour is fantastic. And it tastes delicious.” 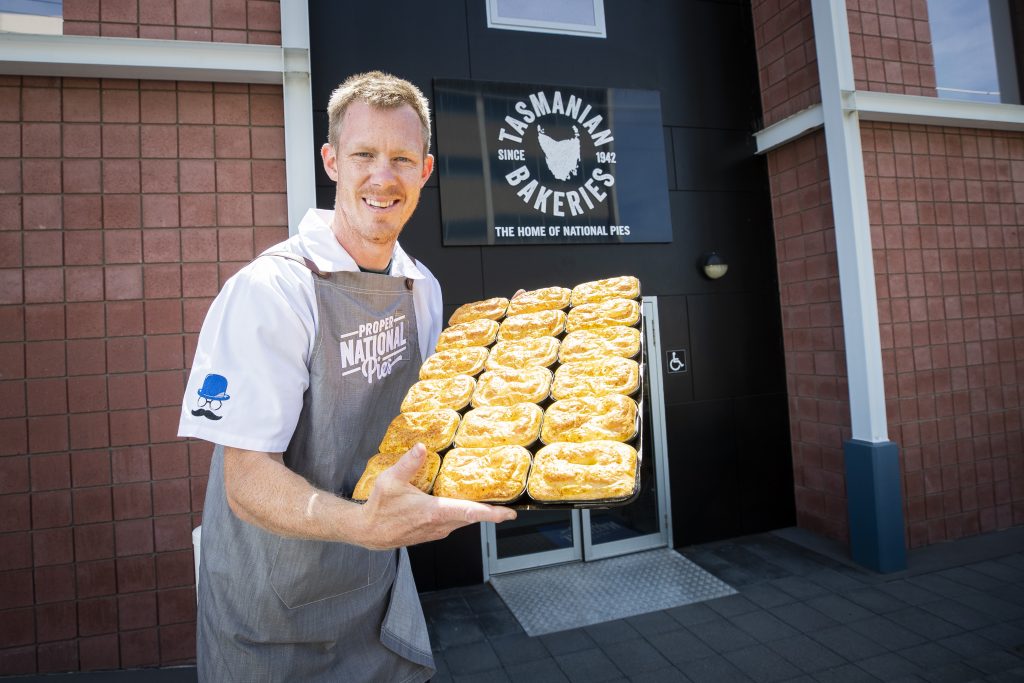 According to Jack, Aussies can expect the footy legend to approach the partnership with his signature humour and flair. “Let’s just say that I’ll be fully immersing myself into this experience. I’ve put up my hand to be Head Taste-Tester of the new flavour and can’t wait for other pie lovers to give it a try,” Jack said. “I’m also stoked to bring more awareness to these iconic products. I’ve got so many
great memories from my childhood that involve National Pies, and I hope to share these memories with the rest of Australia during my ambassadorship.”

Jack will continue to forge the path on the ‘mainland’ for the Tassie brand, with his pie available in Bunnings cafes nationally (excluding SA) from March.

National Pies can be found in Woolworths stores across Victoria and Queensland, and nationally at Costco and Bunnings Café (with the exception of SA). For more information on products from the National Pies range, visit tasmanianbakeries.com.au or @NationalPies on Facebook or Instagram.