The fashion elite braved the surly weather this morning in high heels and fascinators as the Myer Fashions on the Field Enclosure was launched. Hosted by Channel 7’s Fifi Box and Myer Menswear Designer Jeff Banks, it was a quaint morning served with sparkling pink Yellowglen and macaroons on the side.

This year celebrates Myer’s 50 years of Fashions on the Field, since its instigation back in 1962 by the Victorian Racing Club. The competition was initiated as part of promoting more women to attend the races and essentially, quote, “woo” them through fashion. And boy, did it work. Fashions on the Field is now Australia’s largest, most prestigious outdoor fashion event. 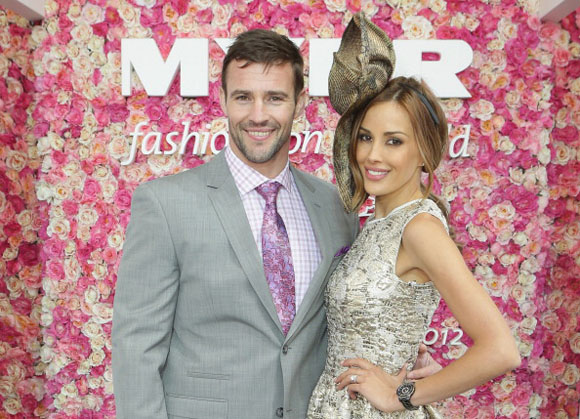 Their premise is simple.

“An opportunity for the fashion industry to showcase its wares and for women and men to indulge in their passion for fashion.”

50 years later, and we watched as the inaugural winner of the Fashions on the Field took the stage with all of the competition finalists. The 69 year old woman looked ever-so-chic in her navy blue and red polka dot outfit and matching fascinator as she posed for photos with a new generation of fashion lovers.

Myer Racing Ambassador Rebecca Judd, Myer Menswear Ambassador Kris Smith and Myer Fashions on the Field Ambassador Alison Saville were there alongside in style to help celebrate the launch and welcome the finalists on stage.

Internationally renown artisanal milliner and returning VRC ambassador, Philip Treacy took the stage to give us advice on how to dress for the Melbourne Cup.

“Don’t hold back,” he said with certainty.

The talented Brit. designer has created hats for famous fashion icons such as Alexander McQueen, Karl Lagerfeld and Valentino, and has also rubbed elbows with the British Royal Family.

And it appeared contestants did not hold back with their looks this year, when the State Finalists and Online People’s Choice Award for the competition took the stage. Contestants were dressed bold and brightly, with lots of pop colours and prints featured their outfits, and only one dress to be seen. 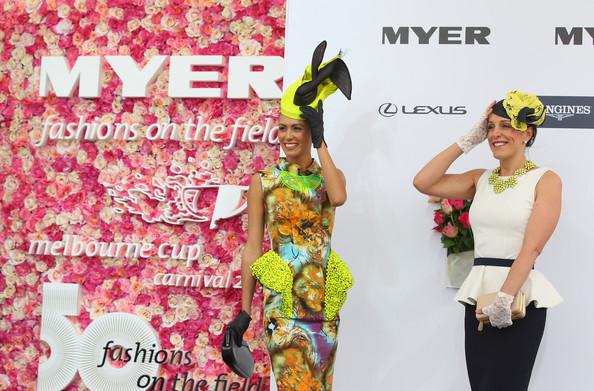 Also making an appearance was Myer Designer, Leona Edmiston and Myer Milliner Melissa Jackson, who gave the crowd tips on what to wear for the Melbourne Cup and what they will be looking for as judges of the Fashions on the Field competition.

Through tempestuous weather, the hosts made their speeches and the girls walked the runway, with the morning wrapping up as elegantly as it could have been.

The launch was a fine taster for all of the fashionable excitement that’s to come for the Melbourne Cup Carnival. We can’t wait to see what everyone will be wearing!