Former Neighbours’ star and Wolf of Wall Street bombshell Margot Robbie is heading back to Australia as a guest of Swisse for Melbourne’s Spring Racing Carnival. Robbie will be attending Emirate’s Stakes Day on the 8th of November and is excited to be coming home.

“It’s been a whirlwind few years and I am just so excited to be coming back to Melbourne for the races.” said Robbie. “Hopefully some of my friends will be free to spend the day with me in the Swisse marquee which will make it more fun. Stakes Day has always been one of my favourites.” 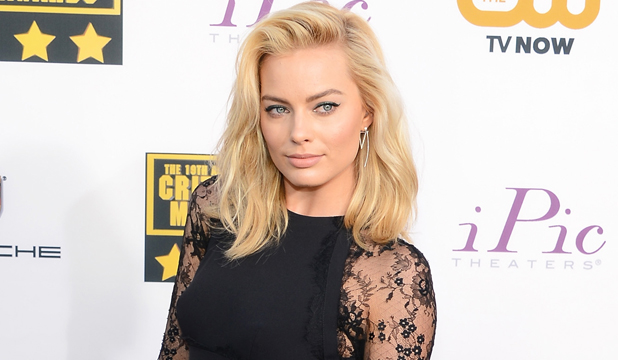 There is no word on whether Robbie will bring Assistant Director boyfriend Tom Ackerley who she has been dating for the past few months. Robbie has been the subject of recent rumours that Hollywood star Orlando Bloom has been pursuing the young star. If the rumours are true, Blooms seems to be a fan of Australian women, separating from Aussie supermodel Miranda Kerr last year and being seen in the company of James Packers ex-wife, Aussie model Erica Packer.

Robbie will join Gigi Hadid as the other big name to be heading to Australia for the carnival, with more big names expected to be announced in the coming weeks.

CLICK HERE TO FIND OUT MORE ABOUT GIGI COMING TO AUSTRALIA

Robbie has been busy filming Tarzan and Jane with Alexander Skarsgard, where she plays Jane Porter. She has a new movie with Will Smith called Focus coming out next year. The trailer for Focus was recently released and it’s easy to see why rumours rippled through Hollywood of a Robbie/Smith hook-up after photos of the duo playing around in a photobooth emerged during shooting of the movie. Both parties denied there was anything happening at the time, but it certainly makes for great promotional material with the pair certainly looking cosy in the trailer.