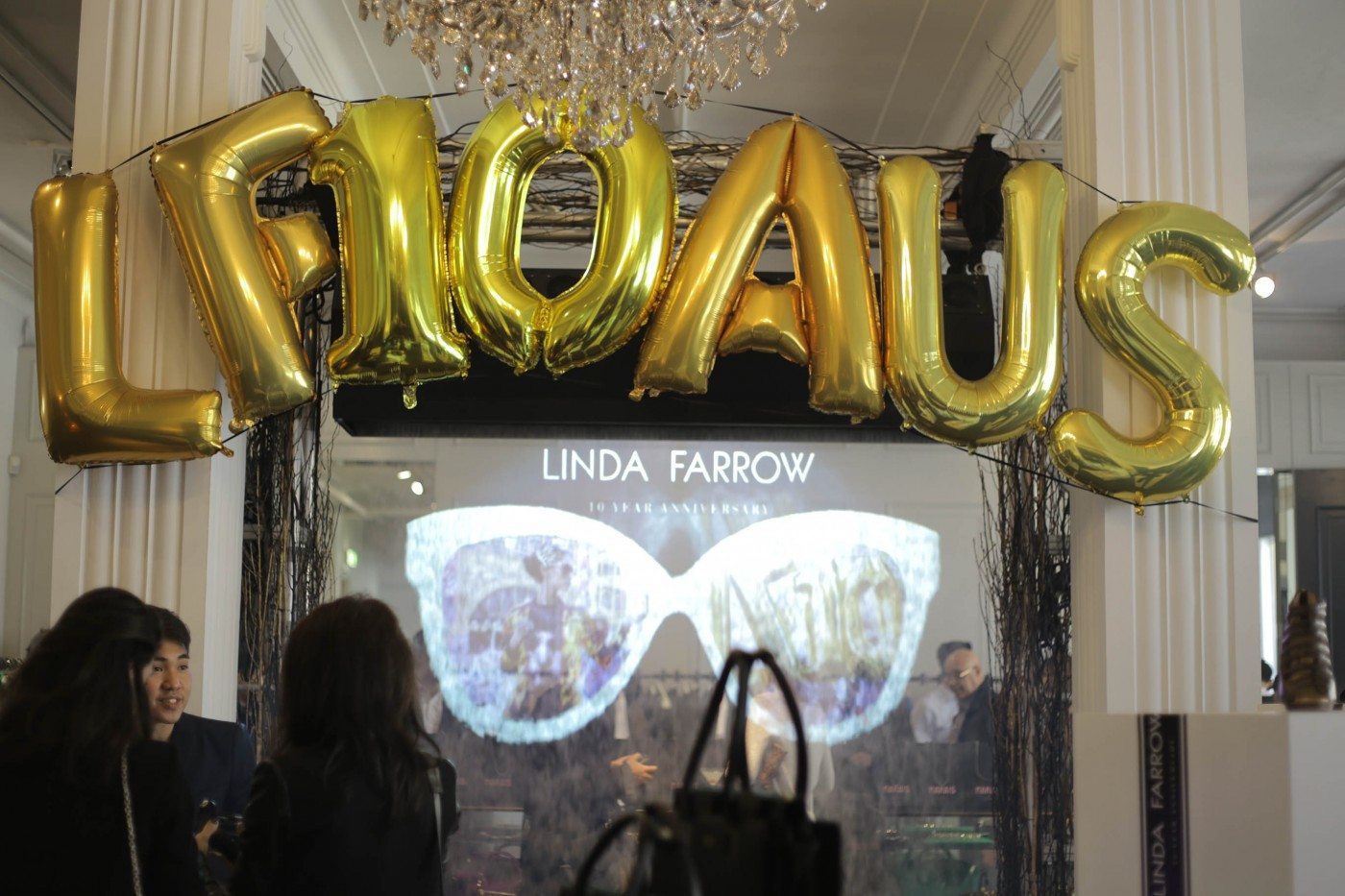 Linda Farrow has never been a brand that has done things by halves. Famed for its standout designs which have donned the faces of style icons around the world, Linda Farrow took the celebrations for their 10 year re-launch anniversary global, with Farrow’s son Simon Jablon and Linda Farrow co-founder and Jablon’s wife Tracy Sedino travelling to all corners of the earth to party with the stores that stock this cult British eyewear brand.

After beginning as a luxury eyewear brand in the 1970’s, the brand closed down when Farrow turned her attention to raising her family. Jablon and Sedino revived the brand ten years ago, and have since enjoyed much success since then, collaborating with the likes of Dries van Noten, Oscar de la Renta, Pabal Gurung and Jeremy Scott to create custom capsule collections of sunglasses, showing the versatility of the brand. 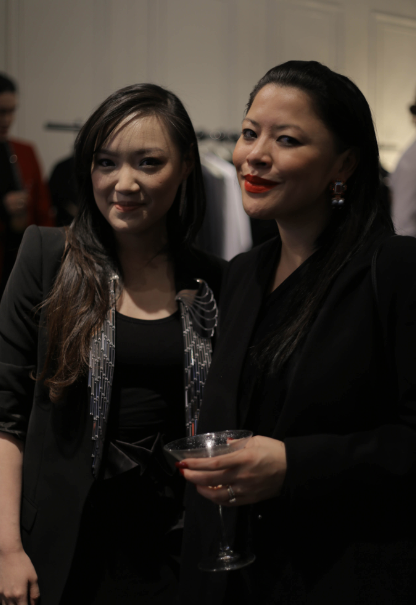 Designer haven Marais, hosted the Melbourne celebrations in style, as only Marais can. A fog machine provided the perfect screen for a holographic display of the Linda Farrow’s logo. The who’s who of Melbourne’s social set sipped on custom cocktails and canapes, served off mirrored trays. The dark wooden floor boards and luxe interior provided the perfect backdrop for the celebrations of the exciting milestone. Beautiful floral blooms framed the special 10-piece exclusive capsule collection on display, designed in collaboration with Linda Farrow friends such as Agent Provocateur, Nicholas Kirwood, FALKE and Mawi, to celebrate the 10 year anniversary. Linda Farrow’s new muse Penelope the rag doll , created by J. D. McKenny, was also in attendance, standing out amongst the luxe pieces.

Despite already hosting 5 parties, and  squeezing in site-seeing and shopping along the way, Sedino was excited to be in Melbourne, particularly as it was her first trip to Australia. With energy levels to rival that of the Energiser Bunny, Sedino spoke about her excitement at the special 10th anniversary collection, and how much she was enjoying celebrate it at Marais. Only in Melbourne for a few days, Sedino had already experienced some of Melbourne’s top restaurants such as Chin Chin’s and Grossi Florentino, and spoke about how she was looking forward to seeing the koalas at the zoo the next day. Sedino’s energy is contagious, and it’s easy to see how she and Jablon have done such a great job reviving the Linda Farrow brand. 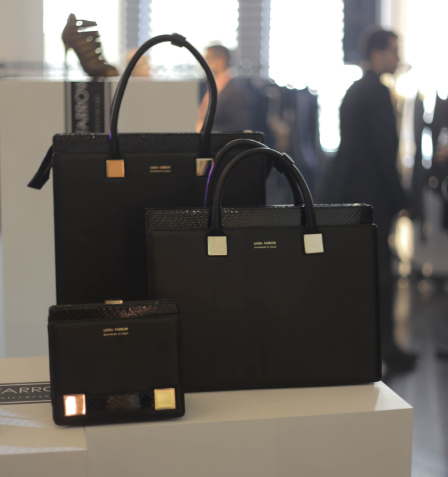