With Fall/Winter fashion weeks wrapping up for another year and Sydney being the last leg of tour in April, Melbourne gets a chance to show off their wares. From the 18th of March until the 24th, Melbourne will once again undergo a transformation as top local designers walk their winter looks – from Autonomy to Zhivago, Melbourne is sure to bring out its best.

As the fashion fanfare fast approaches, Couturing brings you a L’Oreal Melbourne Fashion Festival preview for the week, including the best runways, events and everything else in between.

The runway series kicks off on Wednesday the 20th of March, with Vogue presenting the first batch of top designers from home and Abroad. Mary Katrantzou will feature as a special guest for the week, walking her looks at the opening event on Tuesday the 19th.  Our picks for the series are Runway 1, 3, 5, 7, Independent and the National Graduate showcase. With more designers than ever and a number of first timers, LMFF is turning into Australia’s premier fashion festival. 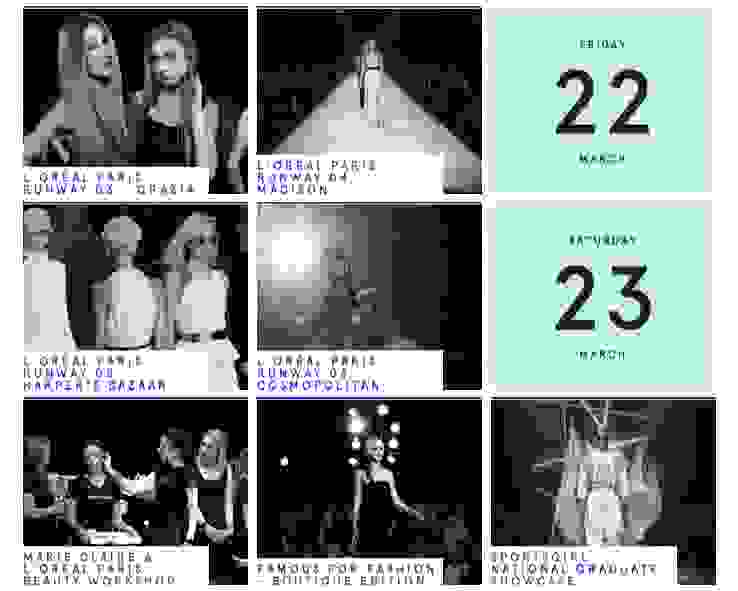 The Red Carpet Runway is also high on the priority list, with couture and evening wear set to wow show goers.

Aside from the runways, the official program includes the National Design Award and a street photography exhibition running throughout the week at GPO.

The Fashion Film series will also be taking place again. Last year MSFW exhibited wonderful films from the likes of Lanvin and other heavy hitters.

Off the record though, Couturing announced earlier in the year the sensory overload that is Tsensory – a food and fashion experience like no other.  This will be happening on the 14th of March at Shu Restaurant in Collingwood.

Autonomy will also be celebrating not only the launch of their new label but also their 10th Anniversary. Coinciding with the Festival, Autonomy has promised Couturing big things.

For the now driving force behind Fashion Journalism, Nuffnang are curating a blogger meet-up where like-minded social media mavens and fashion bloggers can meet, greet and swap notes at the Nuffnang Fashionpolis.

Penthouse Mouse is also returning in 2013 with a bumper program including their False Economy pop-up store open weekdays and a number of runways under the Midmouse Runway series.

Keep posted with Couturing for more on LMFF in the lead up to the festival and during for coverage.

For ticket purchases and more info, head to the official LMFF website.