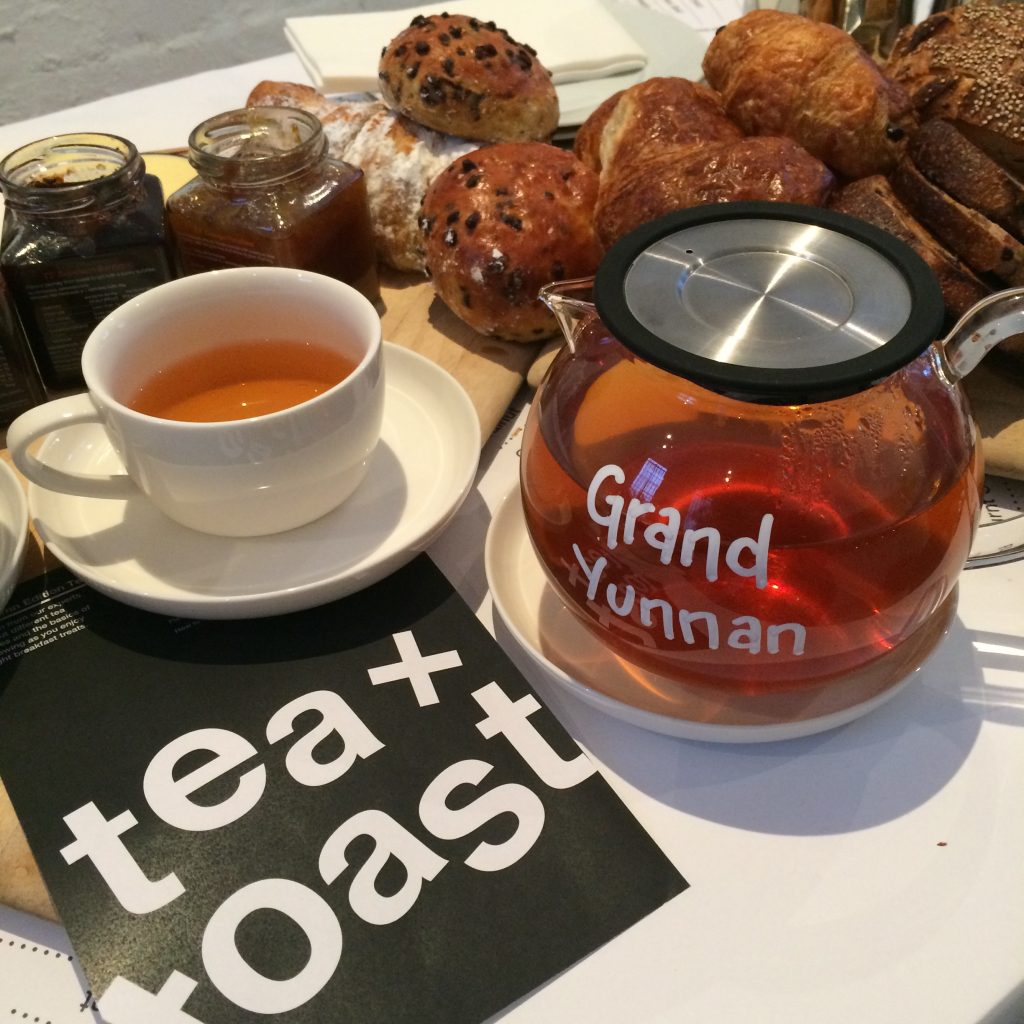 Tea. It’s something that I have everyday without fail. Whether it’s a hot cup of English Breakfast first thing in the morning, or a green or even a peppermint tea in the afternoon, tea is something that is ingrained in my life. Up until recently, I really didn’t know much about the origin of tea. Suffice to say, my lack of knowledge was helped greatly with a session at one of T2’s events where I learned all about the history of tea. The Tea and Toast event, as part of the Autumn Edition Tea Workshops, was held at the T2 store on Little Collins street. Hosted by two incredibly knowledgeable experts, Sydney and Magenta from T2, we were taken through the history of tea over breakfast, and I have to say, who knew there was so much to learn?!

Sydney shared with us the origin story of tea which dates back to a Chinese Emperor and herbalist in 2737 BC who discovered tea after a leaf accidentally fell into his cup whilst he was under a tree. Such an incidental and innocent event was the foundation of centuries year old tradition of drinking tea. Over the years, tea was something that was only for the royalty and elite, and as it spread from China to continental Europe and to Britain in the 17th century through a Portuguese and British royal union, it’s now turned into something that enjoyed on a mass market scale. 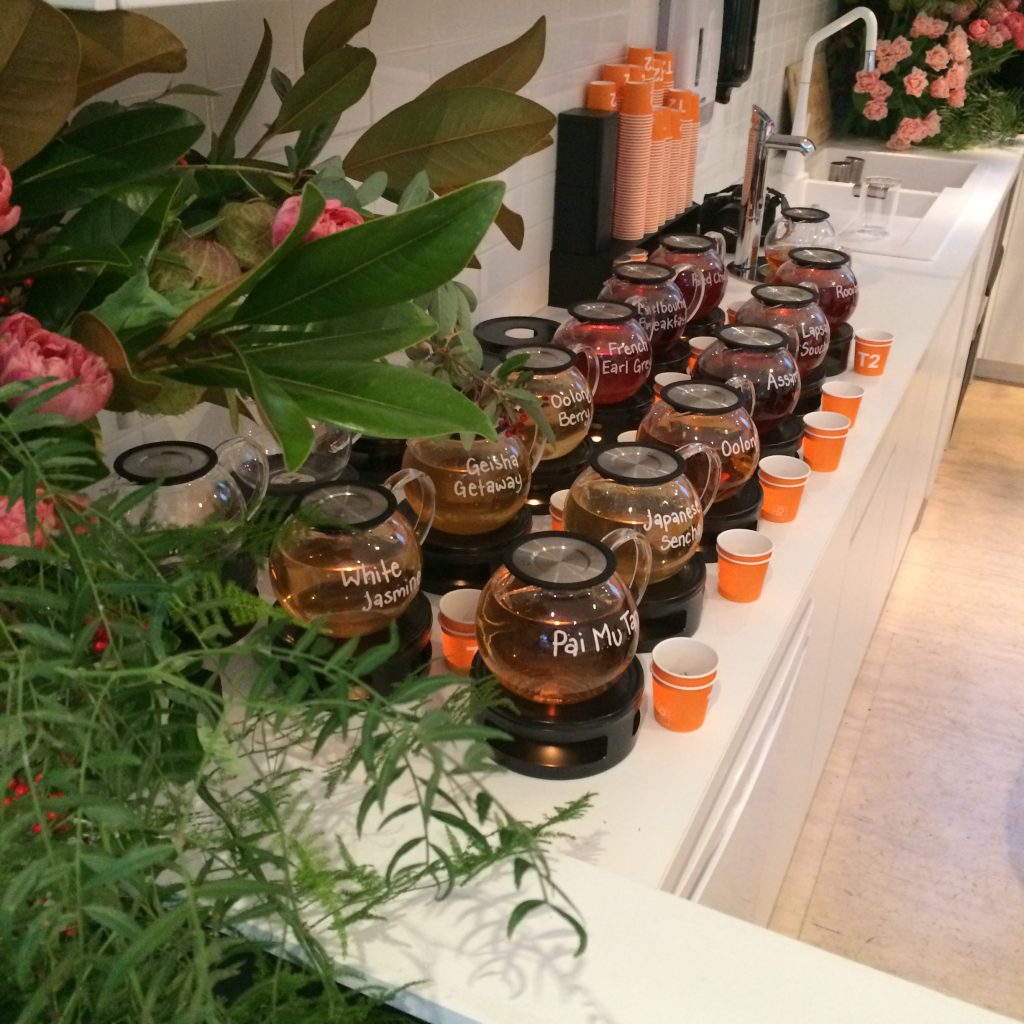 Fascinatingly, pairing milk with tea only started after tea found its way to Britain. Not only did it alter the taste to suit the British palate, but it also helped to reduce the temperature of the tea for their porcelain cups, and was also considered a light meal!
Tea variations are generally based on when, where and how it is picked. For example, black tea, Oolong tea, green tea and white tea are all from the same plant but just picked at different times of the year. White and green tea are picked earlier when the leaves are younger and so have a lighter taste. Teas grown in Assam have weight in the leaves and robust big flavours because they’re grown in rainforest, whilst Darjeeling tea is grown in the mountains and have a lighter taste. 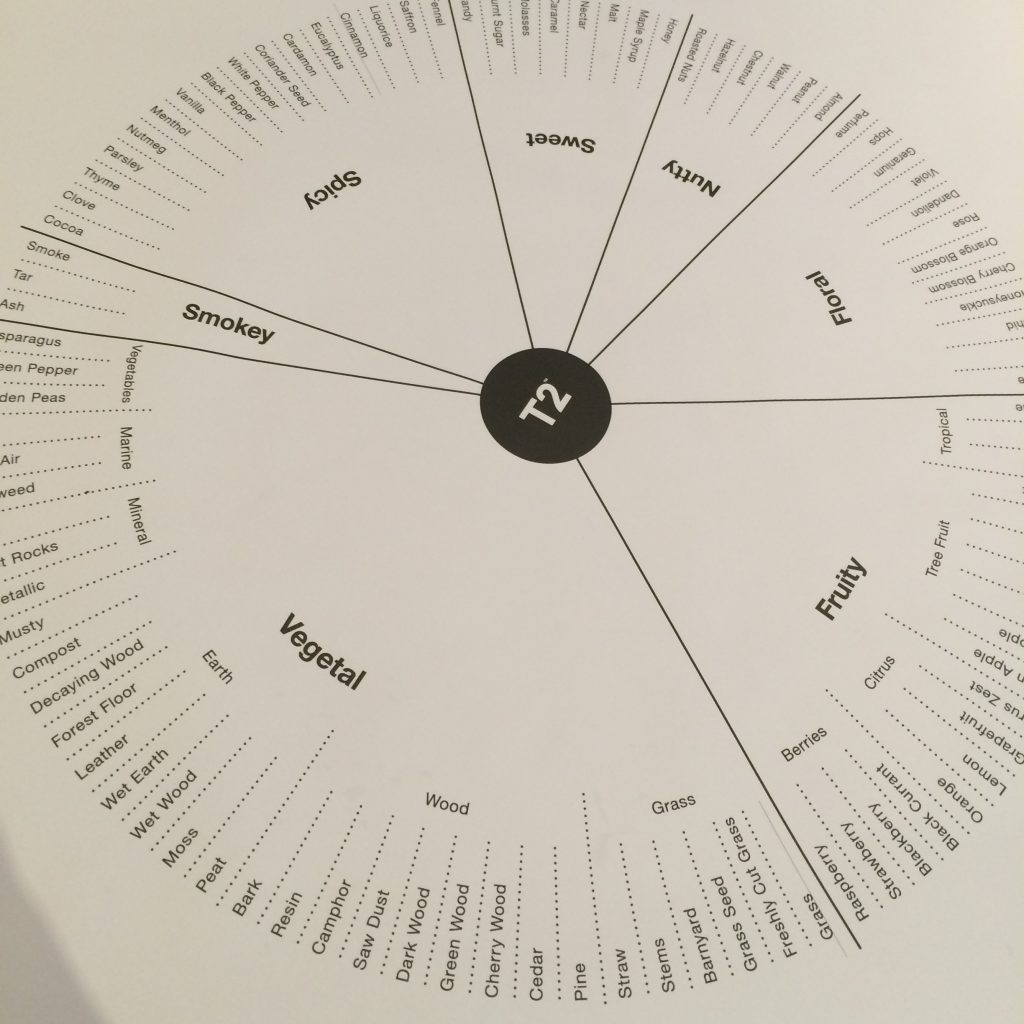 All go through a treatment process that involves reducing the moisture content in the leaf, treatment to release enzymes, oxidation and fermentation to release caffeine and the application of heat (via firing or by the sun) to dry the tea leaves e.g. black tea goes into an oven whilst white tea is dried in the sun. Not all teas go through each step, which creates different flavours.
Two of the last tidbits I wanted to share was the difference between scented and flavoured teas and infusion times. A scented tea is made by laying the scent with the tea leaves so that they soak up the flavour. For example, jasmine flowers are laid with tea leaves to make jasmine tea. Flavoured teas are made by adding elements to the tea to infuse with the tea. Infusing times are different depending on the type of tea. If you’ve ever noticed, each box of T2 tea is labelled with brewing instructions (infusion time and water temperature), so don’t ignore these if you want to get the best out of your tea!
This T2 event was absolutely fascinating, helping me to understand what exactly it is that I’m pouring into my cup every day. It was a fun hour spent in a beautiful workshop with knowledgeable people and enjoying tea tastings over brekkie.To find out when the next events are being held, sign up to T2’s Tea Society.
Head into your nearest T2 to check out the brilliant range of different teas.
www.t2tea.com